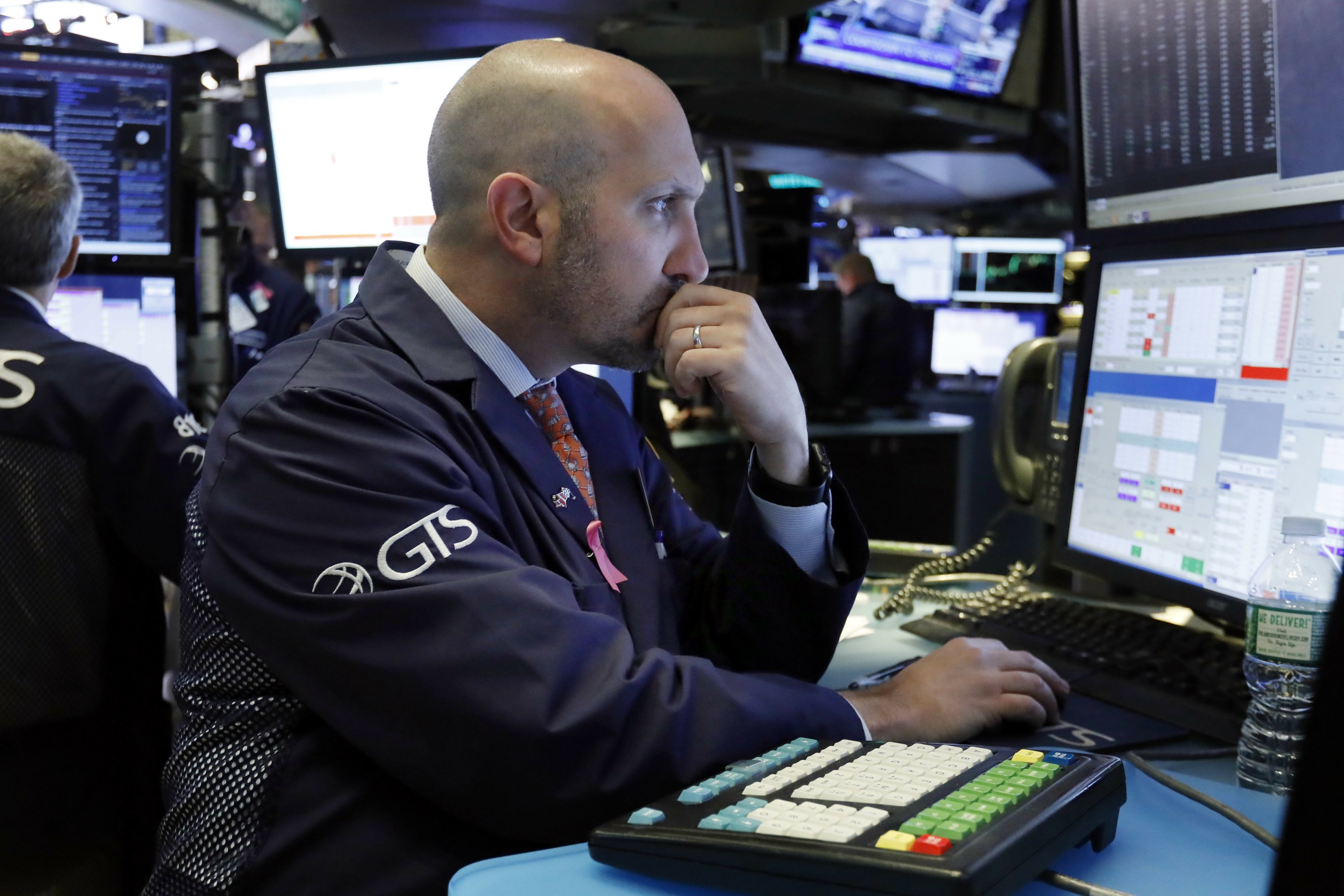 Apple, Microsoft and Amazon, the most valuable companies on the market, sustained some of the worst losses. Facebook, another longtime investor darling that has been falling out of favor, also fell sharply.

The jittery trading came after two days of gains last week as investors hoped that the U.S. and China were moving closer to settling their costly trade fight, which has been a major uncertainty for investors. Those hopes faded after the two countries clashed at a Pacific Rim summit over the weekend.

A steep loss for Boeing, a major exporter which would stand to suffer greatly in a protracted trade war, weighed heavily on the Dow. Boeing gave up 4.8 percent, but is still one of the best-performing stocks in the 30-stock index. Apple fell 3.5 percent on renewed worries that iPhone sales could slow, Microsoft lost 3.7 percent and Amazon gave back 4.1 percent.

High-dividend stocks like real estate companies and utilities, which investors favor when they are fearful of market turmoil, held up better than the rest of the market.

Nissan sank after its chairman was arrested on misconduct charges.

The Nasdaq composite skidded 213 points, or 3 percent, to 7,034. The technology-heavy index is on track for its worst loss in almost a month.

The disagreements between the U.S. and China at the Asia-Pacific Economic Cooperation meeting left investors feeling pessimistic about the prospects for a deal that would end the trade tensions between the world’s two largest economies. For the first time in almost 30 years, leaders at the summit could not agree on a joint declaration on world trade.

Talks between the U.S. and China are continuing ahead of a meeting between Chinese President Xi Jinping and President Donald Trump planned for the G-20 summit later this month.

Among tech stocks, Facebook sank 5.2 percent to $132.22, Microsoft lost 3.9 percent to $104.07 and chipmaker Nvidia dropped another 9.3 percent to $149.14. Nvidia said last week that it had a large number of unsold chips because of a big drop in mining of cryptocurrencies.

The S&P 500 index of technology companies has now plunged 13.5 percent since the end of September.

Nissan said its chairman, Carlos Ghosn, was arrested Monday and will be dismissed from the company after allegedly under-reporting his income. Nissan said an internal investigation found Ghosn under-reported his income by millions of dollars and engaged in other “significant misconduct.”

Benchmark U.S. crude reversed an early loss and rose 0.5 percent to $56.73 a barrel in New York. U.S. crude prices have dropped for six weeks in a row and are trading around their lowest level in about nine months.

The parent company of California utility Pacific Gas & Electric fell again after it disclosed that it had a power line failure near the start of a deadly wildfire the morning the fire began. The Mercury News of San Jose reported Saturday that the company said in a filing that it had an outage at 6:45 a.m. on Nov. 8 in Concow. Authorities say 76 people have been confirmed dead in the Camp Fire.