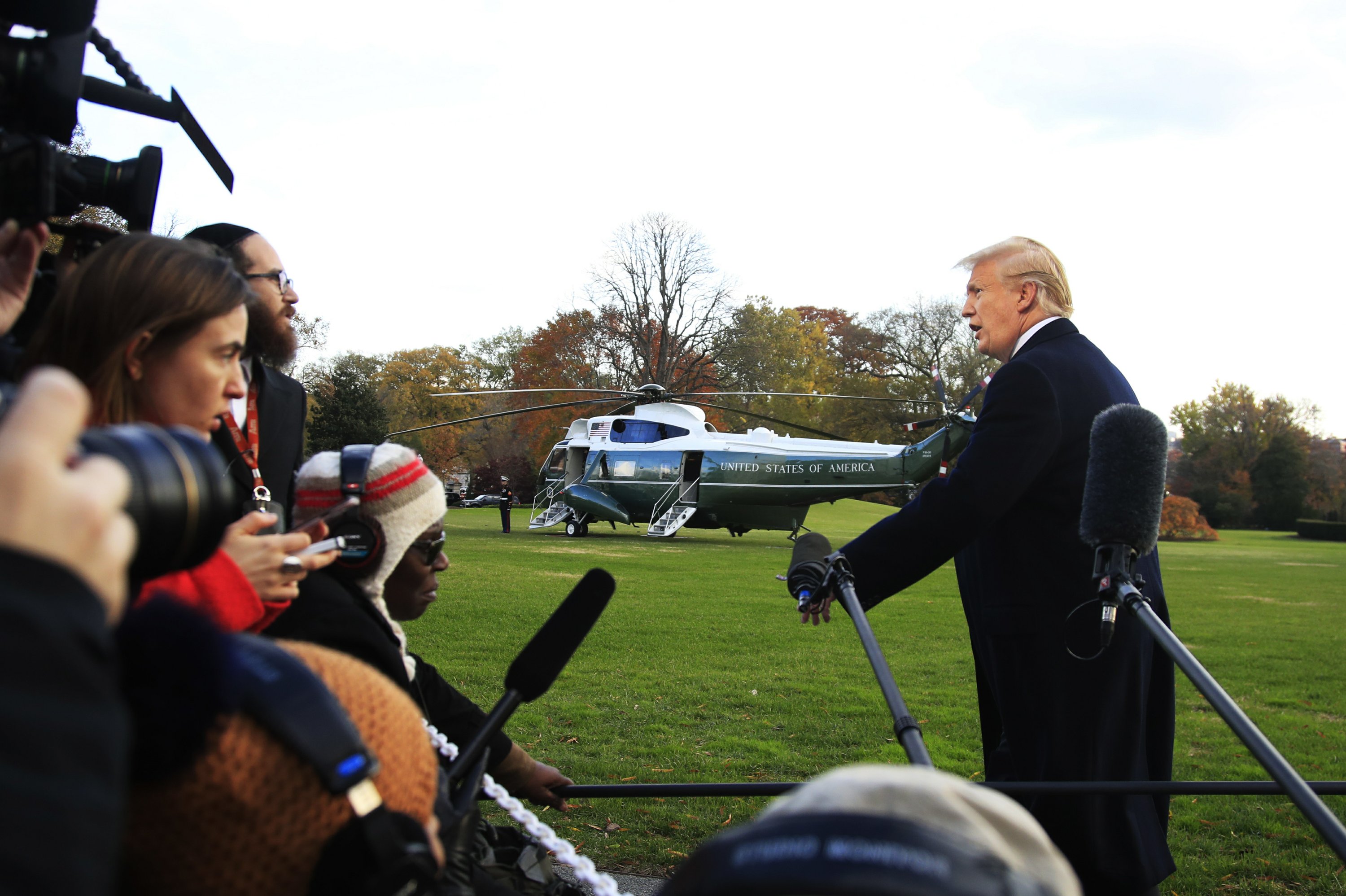 In not punishing Riyadh over a journalist’s killing, the president makes clear that good relations with the kingdom outweigh the possibility its crown prince ordered the killing and sparks heavy bipartisan criticism in Congress.

The president provides the special counsel’s office with written answers to questions about his knowledge of Russian interference in the 2016 election.

3. WHO INTERPOL ELECTED AS PRESIDENT

An international aid group says an estimated 85,000 children under age 5 may have died of hunger and disease since the outbreak of civil war in 2015.

There are no mosques in sight for Uighur Muslims in a village in China’s Xinjiang region and Han Chinese and Uighur residents do not mix socially, AP finds.

Navient may have driven tens of thousands of borrowers struggling with their debts into high-cost repayment plans, a government audit finds.

Carlos Ghosn will be detained for another 10 days following his arrest on suspicion of falsifying income reports by millions of dollars and misusing company assets for personal gain, reports say.

8. WHAT COULD HELP, HAMPER WILDFIRES FIGHT

Rain in the forecast could aid crews battling California’s deadly blazes while raising the risk of flash floods and complicating efforts to recover remains of those killed.

9. WHERE INVESTORS ARE PUTTING THEIR MONEY

Since stocks began tumbling two months ago, investors have been buying shares in utilities, everyday products and other stocks less volatile than the rest of the exchange.

Trump hints that he might attend next year’s White House Correspondents Dinner now that the event is no longer featuring a comedian.