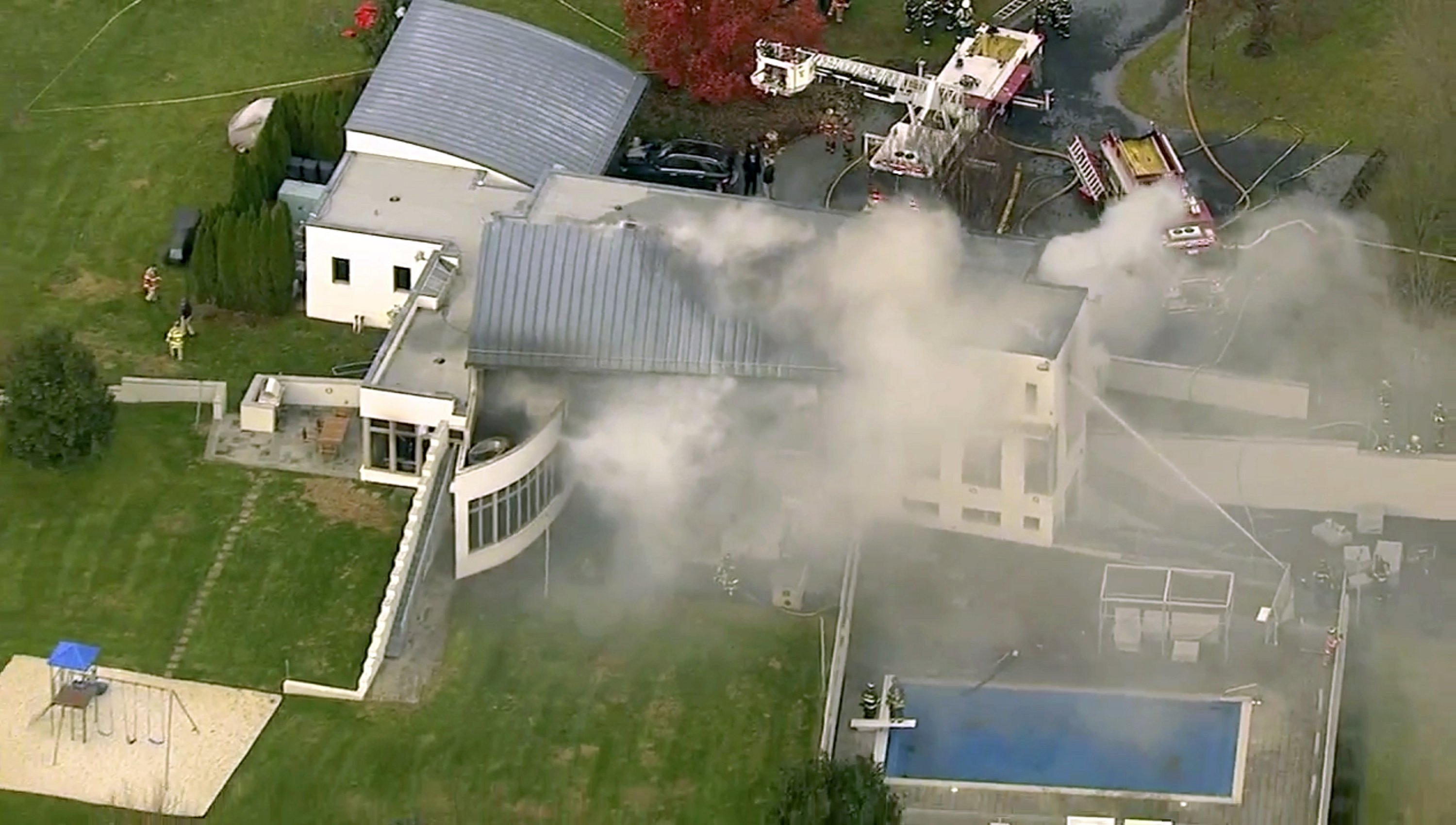 COLTS NECK, N.J. — Two children and two adults were found dead Tuesday at a burning mansion that was intentionally set ablaze in an upscale community near the New Jersey shore, officials said.

One of the owners of the home is a technology CEO with a relative whose house not far away also caught fire Tuesday, records show. Authorities said they were investigating whether there was a link.

A man was found dead outside the burning mansion in Colts Neck, and the three others were found inside, Monmouth County prosecutor Christopher Gramiccioni said at a news conference.

The three found inside were severely burned, making it difficult to identify them, he said. No identities have been released, and a medical examiner was still investigating the manner and cause of death for all four, he said.

“It’s important to emphasize that we have no reason to believe that anyone in the community is in any danger at this time,” he said.

Firefighters responded to the fire around 1:30 p.m., and hours later, the fire continued to burn at the home, surrounded by fields and featuring a large swimming pool.

Video showed smoke pouring from the roof of the two-story home in Colts Neck as firefighters battled the blaze.

Multiple people have perished in a fire at a mansion in Monmouth County New Jersey. Video shows smoke pouring from the roof of the multi-floored structure as firefighters battled the blaze. (Nov. 20)

Helicopter footage showed a sheet in the middle of the yard next to the house with police tape cordoning off the area.

Colts Neck is a well-to-do community about 50 miles (80 kilometers) south of New York City and is home to horse farms. Typical homes in the town of 10,000 are valued at about $750,000. Bruce Springsteen owns an estate there, and his son is a former member of the fire department. Former “Daily Show” host Jon Stewart and his wife operate an animal sanctuary there; Queen Latifah sold her mansion there in 2015.

Public records show the mansion that burned Tuesday is owned by Keith Caneiro, 50, and Jennifer Caneiro, 45.

The 5,700-square-foot home has four bedrooms and five bathrooms, according to Zillow. The owners purchased the property in 1998, and the home was built in 2003, public records show.

Caneiro’s LinkedIn profile describes him as the CEO and chief technology officer for a company in the New York City area called Square One. His profile says he graduated from Columbia University with a Master of Science degree in 2018 and previously received certifications from Harvard Business School’s online platform.

There also was a fire earlier in the day at a home in Ocean Township, police and prosecutors said. That home, about 10 miles (16 kilometers) from Colts Neck, is owned by Paul and Susan Caneiro, and public records show the men are related, sharing at least one address in New York several decades ago. They are also “friends” on Facebook, but it is unclear how they are related.

Paul Caneiro is listed as the vice president of Square One.

When asked if the two fires were connected, Gramiccioni said, “That remains to be seen but that is an angle we continue to pursue.”