Renault keeps Ghosn as CEO despite arrest in Japan 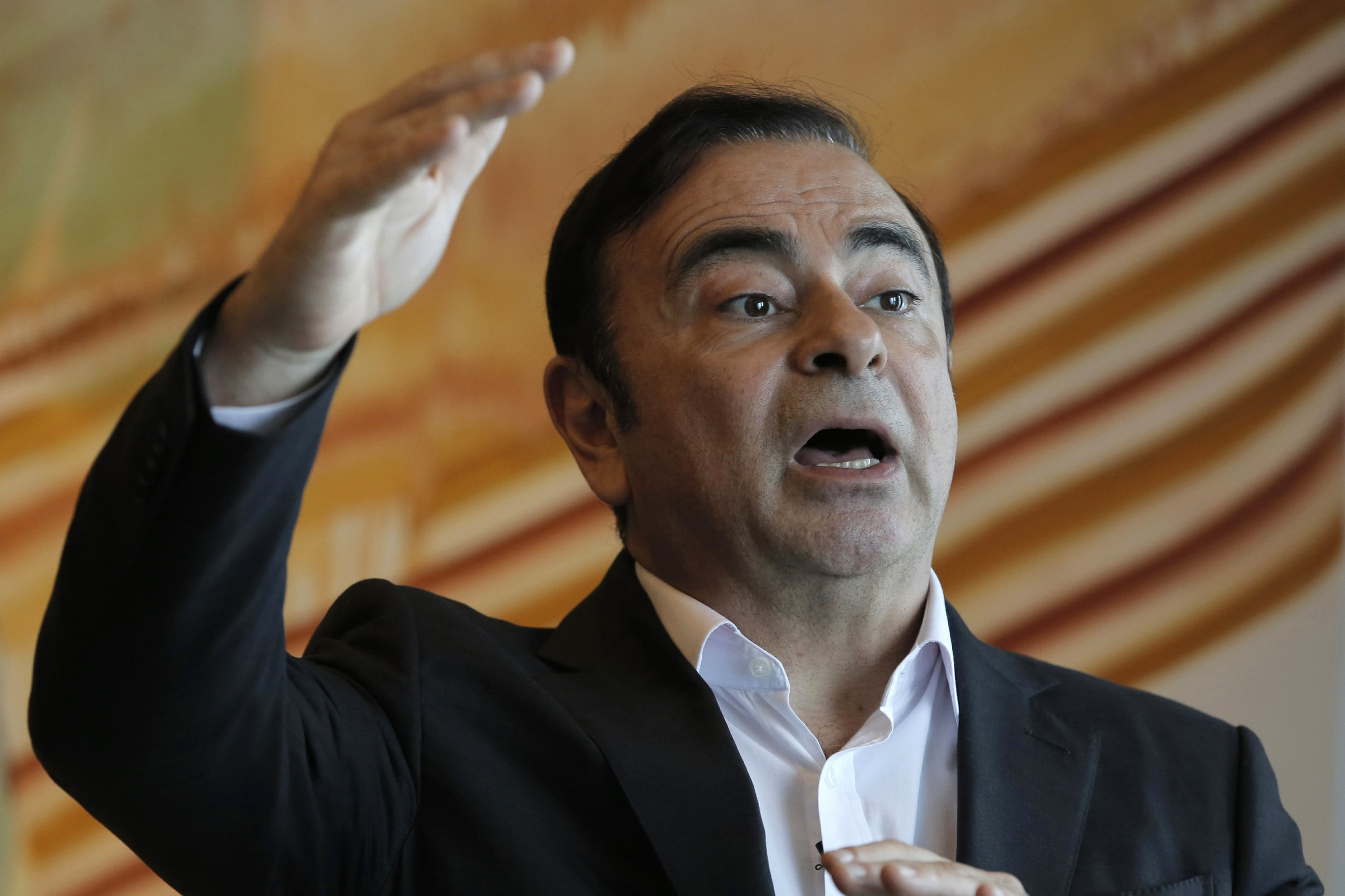 TOKYO — France’s Renault says it has decided to keep its CEO Carlos Ghosn on despite his arrest in Japan on allegations that he misused assets of partner Nissan Motor Co. and misreported his income.

Renault’s board of directors announced late Tuesday that the No. 2 at the company, Chief Operating Officer Thierry Bollore, would temporarily fill in for Ghosn.

“Mr. Ghosn, temporarily incapacitated, remains chairman and chief executive officer,” a statement from Renault’s board said. But while Ghosn deals with his legal issues in Japan, Bollore will have the same authority to run the company as the CEO, it added.

Renault’s board said its decision was made with an eye toward keeping the company on a steady course “to preserve the interests of the group and the continuity of its operations.”

Ghosn runs Renault, Nissan and the Renault-Nissan-Mitsubishi alliance that he helped turn into the world’s biggest car-seller last year, and both France and Japan want to keep it intact.

Renault’s move to appoint a temporary leader was in line with a demand by the French government, which owns a 15 percent stake in the automaker. Finance Minister Bruno Le Maire had said earlier Tuesday that Ghosn was not in position to lead the Renault Group while fighting the accusations in Japan.

The French automaker said after an emergency meeting of its board of directors in Paris that it would further consolidate its alliance with Nissan. The two automakers have a partnership, also, with smaller automaker Mitsubishi Motor Corp.

Asked about reports that Nissan and Renault had been on the verge of merging, Nissan’s CEO Hiroto Saikawa told reporters Wednesday that he had not heard of such a plan.

There was no update Wednesday in Tokyo from prosecutors on Ghosn’s case, and no public word from Ghosn himself. It was unclear where he was being held following his arrest on Monday.

Nissan’s board of directors is due to meet Thursday and expected to approve a proposal to dismiss both Ghosn as its chairman and another executive, representative director Greg Kelly, who is alleged to have collaborated with his boss in falsifying financial reports.

Earlier this year, Ghosn signed a contract that would have run through 2022.

Renault’s board, meanwhile, said it is requesting that Nissan pass along details of its investigation into Ghosn’s alleged wrongdoing. Le Maire said authorities have examined Ghosn’s tax situation in France but have found no wrongdoing.

Japanese prosecutors said they were holding Ghosn, 64, for allegedly collaborating to falsify securities statements and underreporting $44.6 million in income from 2011 to 2015.

Bollore, a member of Renault’s executive committee, joined Renault in September 2012 and was named chief operating officer only last February. He has a long career with both tiremaker Michelin and auto parts company Faurecia, spending time in Asia with each.

Of French, Brazilian and Lebanese background, Ghosn is a towering corporate figure in France, where Renault is one of the heavyweight industrial survivors.

He is more controversial in Japan, where top foreign executives are rare and even the biggest corporate bigwigs tend to keep a low profile.

Ghosn is admired for driving a turnaround at Nissan when it was near bankruptcy and for his foresight in pushing to bring electric and autonomous cars to the masses.

But in a 90-minute news conference late Monday night, Saikawa, the Nissan CEO, said his boss had too much power and the company was overdue for some change.