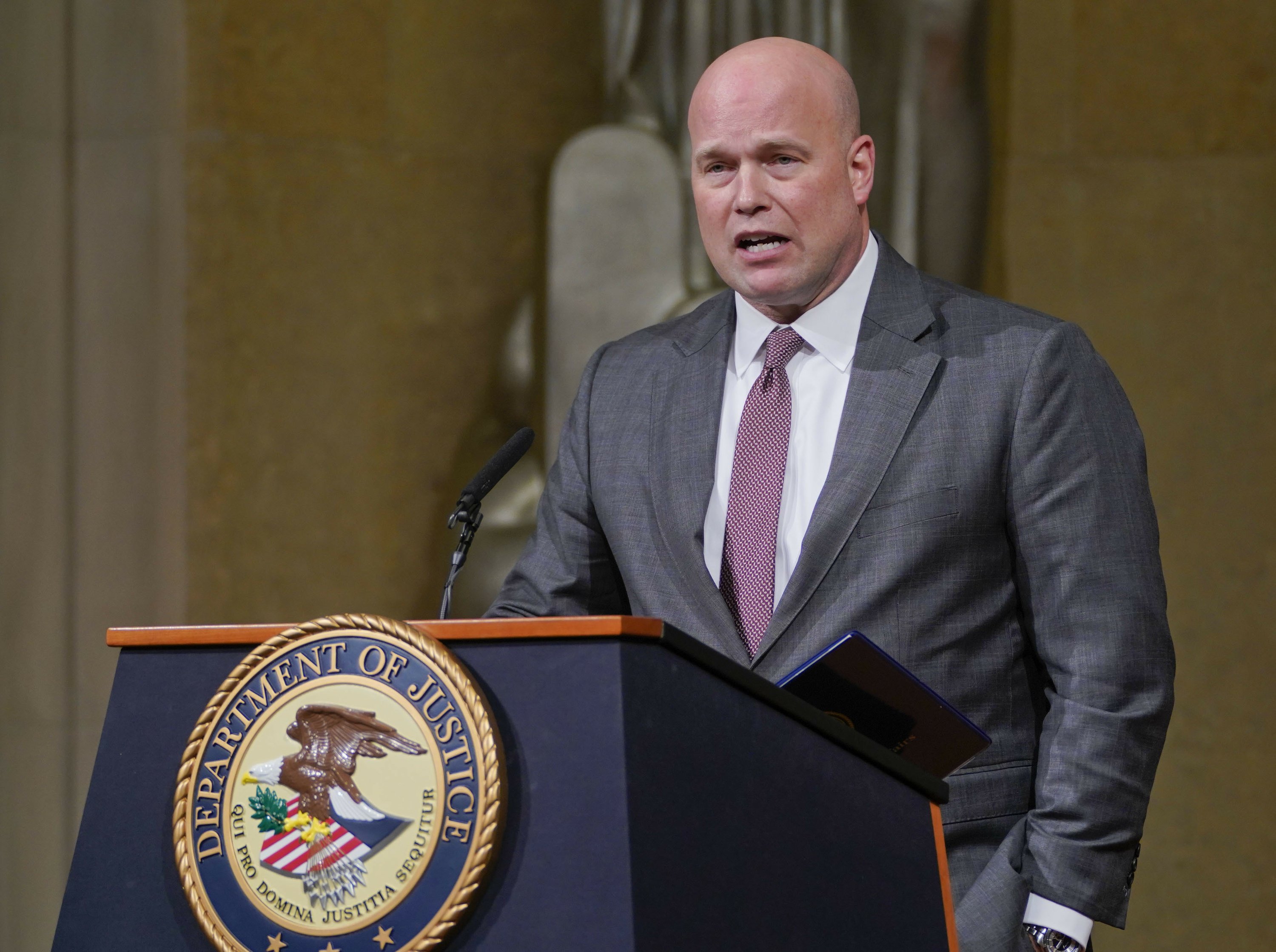 The documents show Whitaker received $904,000 in income from the Foundation for Accountability & Civic Trust from 2016 through nearly the end of 2017. He also received $15,000 from CNN as a legal commentator, according to the documents released Tuesday by the Justice Department.

The nonprofit group, known as FACT, styles itself as a nonpartisan government watchdog promoting ethics and transparency. The tax-exempt group is supposed to serve the public interest without supporting or opposing specific candidates for office. However, its challenges and its website have focused largely, though not exclusively, on Democrats and their party.

Whitaker used his role as president and executive director of FACT in 2016 as a platform to question the ethics of Democratic presidential nominee Hillary Clinton.

Several news outlets, including The Associated Press, and outside groups had requested the documents after President Donald Trump ousted Attorney General Jeff Sessions and elevated Whitaker to the top Justice Department post on Nov. 7.

The documents show that Whitaker began revising his public disclosures the day he was appointed acting attorney general. He revised the forms four more times, including on Tuesday.

In a disclosure form Whitaker completed when he joined the Justice Department in September 2017, he reported receiving $1,875 in legal fees from a company called World Patent Marketing. Whitaker has come under scrutiny for his involvement with the company, which was accused of misleading consumers and is under investigation by the FBI.

FACT drew its funds from 2014-2016 mainly from Donor’s Trust, another nonprofit designed to provide anonymity to conservative and libertarian donors. Though such tax-exempt groups can legally withhold the identity of their contributors and generally do so, there may be a distinct irony when a group dedicated to transparency keeps its funding sources in the shadows.

Whitaker’s appointment has been criticized by Democrats who have challenged its constitutionality and are concerned that he will interfere with special counsel Robert Mueller’s Russia investigation.

Earlier Tuesday, the Senate’s top Democrat asked the Justice Department’s watchdog to investigate communications between Whitaker and the White House.

John Lavinsky, a spokesman for the inspector general, declined to comment on Schumer’s request.

Schumer and other Democrats have said they are concerned about Whitaker’s past criticism of the Mueller probe, which is looking at Russian interference in the 2016 election and ties to Trump’s campaign.

After Whitaker’s appointment, Schumer called for Whitaker to recuse himself from overseeing the investigation and said he would seek to tie a measure protecting Mueller to must-pass legislation if he refuses to do so.

Whitaker’s past public statements have included an op-ed article in which he said Mueller would be straying outside his mandate if he investigated Trump’s family finances. In a talk radio interview he maintained there was no evidence of collusion between Russia and the Trump campaign during the 2016 election.

On Monday, three other Senate Democrats — Sens. Richard Blumenthal of Connecticut, Mazie Hirono of Hawaii and Sheldon Whitehouse of Rhode Island — filed a lawsuit arguing that Whitaker’s appointment was unconstitutional because he has not been confirmed by the Senate. The Justice Department issued a statement Monday defending Whitaker’s appointment as “lawful.”

A Justice Department spokeswoman did not respond to a request for comment on Schumer’s request on Tuesday.