After synagogue shooting, fresh thoughts on giving thanks 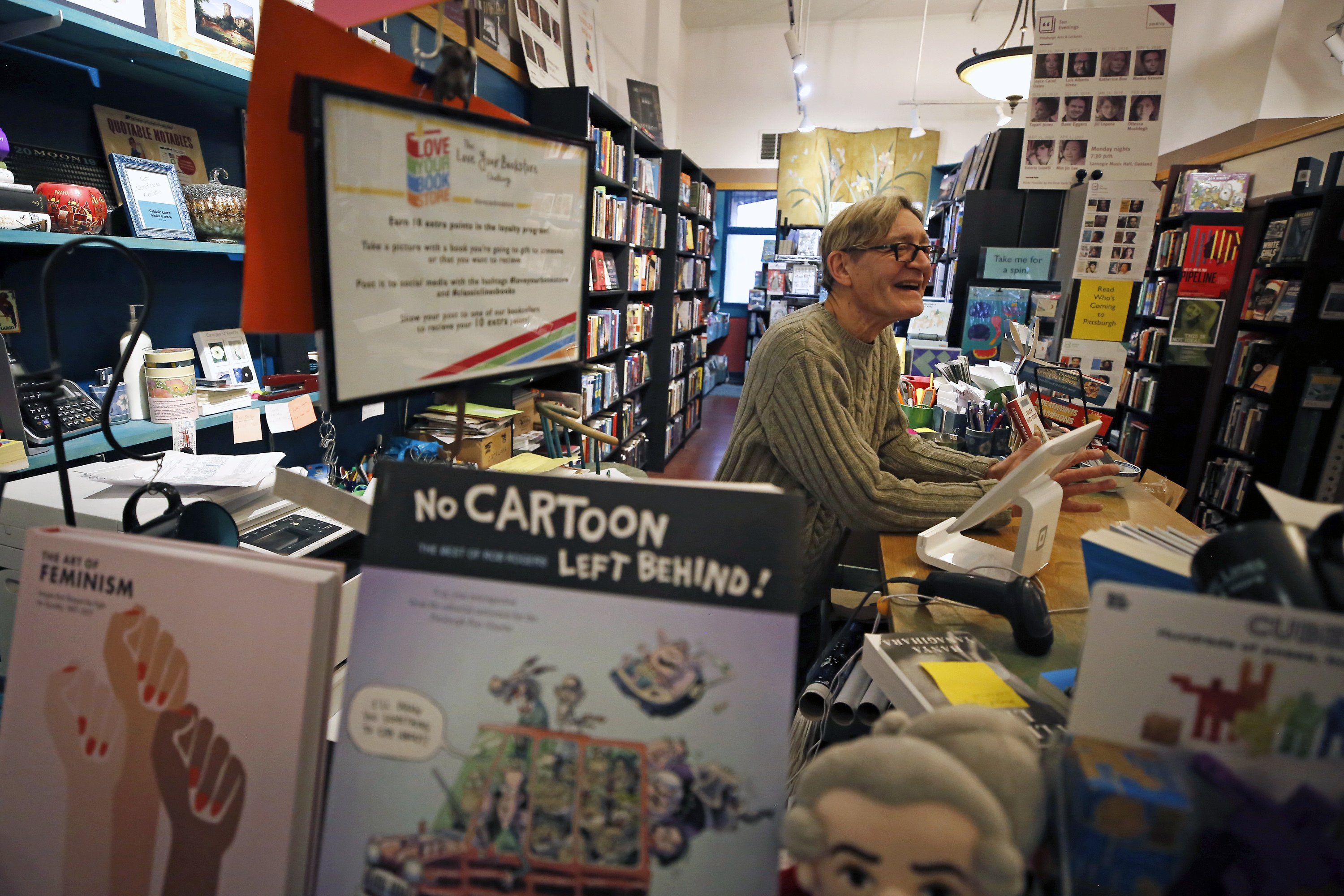 PITTSBURGH — David Feldstein knew seven of the 11 people killed in the synagogue. For Augie Siriano, they all were friends. Rabbi Jeffrey Myers was leading Shabbat services when the gunshots rang out.

Barely three weeks after the Tree of Life massacre — believed to be the deadliest attack on Jews in U.S. history — they and their fellow Pittsburghers are preparing to mark a holiday built around gratitude. But in the neighborhood of Squirrel Hill, they aren’t shying away from celebrating Thanksgiving. They’re welcoming it.

“It’s really a perfect time that Thanksgiving is falling right now,” Myers says. The holiday, he says, is about family — and spending time with loved ones is needed at a time like this.

And in the concentric circles of grief and healing around him — Tree of Life, Squirrel Hill and the city of Pittsburgh itself — the sentiment is similar.

″(With) Thanksgiving coming so closely on the heels of the shooting, people feel the need to be around family more,” says Dan Iddings, owner of Classic Lines, a bookstore about a half-mile from the synagogue. He will celebrate Thanksgiving with about 20 family and friends, and he expects it to be “a very family- and community-centered Thanksgiving, more so than in the past few years.”

How do you summon thankfulness in a family, in a community, when the wounds are so fresh and the grief so hard to bear? When what you’ve lost is so profound, how do you sit down around a holiday spread and enjoy what you have? To talk to people in Squirrel Hill this week — those directly affiliated with Tree of Life and those who compose the community around it — is to begin to understand the different forms that gratitude can take.

Siriano, Tree of Life’s custodian since 1993, was in the synagogue restroom when he heard gunshots Oct. 27. He rushed out to see one of the worshippers, someone he had shared tea with 10 minutes earlier, lying dead. On Thursday, he will be with family. He says he has much to be thankful for, including a grandson born Saturday.

“There has to be a place in your heart for the sadness and the joy,” says Rabbi Chuck Diamond, Tree of Life’s former rabbi who led a “healing” service outside the synagogue a week after the shooting.

“We recognize and acknowledge what we have lost, but, at the same time, looking around the table, we recognize what we have,” Diamond says. “People should observe Thanksgiving and appreciate the comfort and joy of the family around them.”

Feldstein understands the difficulty in celebrating the holiday less than a month after tragedy visited the neighborhood where he has owned a bagel shop for the past 28 years. Seven of the slain worshippers were Bagel Factory regulars, as were two of the Pittsburgh police officers injured in the shooting.

“You feel a bit guilty,” Feldstein says. “It’s a difficult feeling. But you still have to make your kids appreciate what they have so when they have children, you want them to feel that appreciation. I love my family. To me, that’s the best time.”

The shooting took place in Squirrel Hill, the center of Jewish life in the city as well as home to churches, ethnic eateries, grocery stores, delis, pizzerias, and an independent movie theater. The violence shook the neighborhood, and much of the city around it, to its foundations.

A makeshift memorial bearing the 11 victims’ names stood outside the synagogue until recently and drew thousands of visitors. Steel barricades now line the entrance to the synagogue, and the memorial sits inside, where two other congregations — New Light and Dor Hadash — also had gathered when the shooting occurred.

The crowds have thinned, but people still stop to pay respects. Bouquets of flowers and cards lean on hedges outside the synagogue. Someone left a pair of gold-painted Converse tennis shoes; written in English was the Hebrew and Arabic phrase, “Peace be unto you.”

Margaret Porter of Heath, Ohio, was in town to celebrate Thanksgiving with her son, a sophomore at the University of Pittsburgh. On Tuesday, they felt compelled to bring flowers to the synagogue. “I would say we’re more thankful this Thanksgiving,” Porter said.

What makes Pittsburgh’s Jewish community special is how different denominations interact with such ease, say Daniel and Baila Cohen, who recently took over ownership of of Pinskers Books and Judaica, as well as the adjoining cafe, in Squirrel Hill.

“Here, people know each other. They’ll be part of different synagogues,” Baila Cohen says. “We are comfortable in all of them.”

Adds her husband: “There’s a lot of crossover.”

Another reason that so many here are grateful on this holiday: the support the Jewish community received from the city, nation and throughout the world.

At Bagel Factory, people have shelled out hundreds of dollars in advance to pay for food for complete strangers. A store refused to charge for a Thanksgiving turkey when the owner learned the customer worked for Diamond. New Light, which lost three of its members in the shooting, has received thousands of letters from all over the world — all of them personal.

“People, not just Jews, were touched by this. The outreach from other religious communities has been overwhelming,” says New Light co-president Stephen Cohen. He has been welcome, he notes, at services at a black church, a mosque and a Hindu temple.

Every business in Squirrel Hill has some sign of support in its window, be it murals of love, kindness and hope, or placards reading, “Stronger than hate,” ″Our hearts cry for Shalom,” or “Love our neighborhood. No place for hate.”

Crocheted or knitted Stars of David hang from bare branches, sign posts and doorways throughout the business district. A 6th grader from Arkansas scribbled, “God loves you. You are in our prayers” on the back of a leather heart, on which a Star of David made from popsicle sticks was pasted. A sign thanks people for participating in an act of Tikum Olam, the Jewish concept of repairing the world.

“So many people have walked up to me and said, ‘What can I do for you? What do you need?’” New Light’s Stephen Cohen says.

His congregation, like Dor Hadash and Tree of Life, found new locations for their services. And in those new places, during these very jumbled days, they are finding new ways of giving thanks.

They are the same community, marking the same American holiday as they did last November, but they find themselves with a new landscape to navigate — a landscape of grief, hope and, to hear them many of them tell it, gratitude.