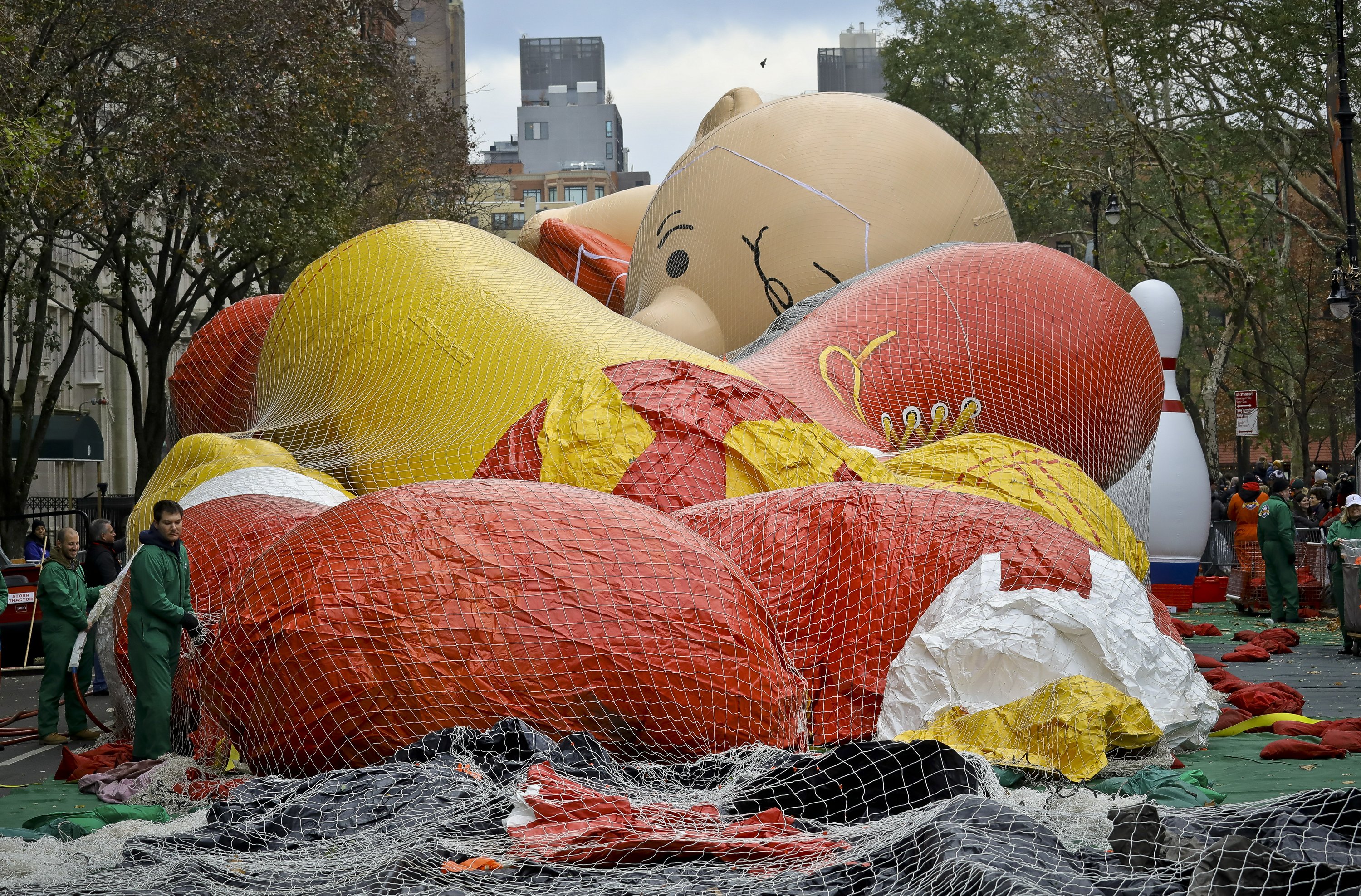 NEW YORK — Diana Ross might be singing “Stop! In The Name of Gloves” by the time she’s done performing at New York City’s super chilly Macy’s Thanksgiving Day Parade, which forecasters say could be the coldest ever.

John Legend, Martina McBride and the Muppets from “Sesame Street” are also slated to perform in the frigid cold. Windy conditions are also expected and officials will be monitoring wind to see if giant character balloons such as SpongeBob and Charlie Brown can fly safely.

Police say they’re ready to order the 16 helium-filled balloons to a lower altitude or removed entirely if sustained winds exceed 23 mph (37 kph) and gusts exceed 34 mph (54.7 kph). There have been mishaps and injuries in the past when gusts blew them off course.

Thursday has the potential to be New York City’s coldest Thanksgiving since 1901, when the temperature only got as high as 26 degrees (-3.33 Celsius). The coldest on record was in 1871, when the warmest it got was 22 degrees (-5.5 Celsius).

Crews in New York worked to inflate 16 giant helium balloons on Wednesday ahead of the annual Macy’s Thanksgiving Day Parade. Officials fear high winds expected on Thursday could ground the balloons, or force them to be flown lower. (Nov. 21)

New York City has issued an extreme cold weather alert and is urging anyone going outside to wear hats, scarves, gloves and layered clothing and to keep their fingertips, earlobes, and noses covered to prevent frostbite.

Police Commissioner James O’Neill said thousands of officers will be stationed along the parade route. They include counterterrorism teams with long guns, plainclothes officers mixed in with the crowd and a new squad of K-9 teams that can sniff out explosives from a few hundred feet away.

The parade runs 46 blocks from the west side of Central Park to Macy’s flagship store in midtown Manhattan.

The parade features about 8,000 marchers, including high school bands from across the country, and two-dozen floats culminating with the arrival of Santa Claus. The performances will be shown on the NBC telecast, which starts at 9 a.m. EST.

Ross, 74, will perform a song from her new Christmas album and will be joined on her float by her some of her family members, including daughter Tracee Ellis Ross, a star of ABC’s “Black-ish,” and actor son Evan Ross.