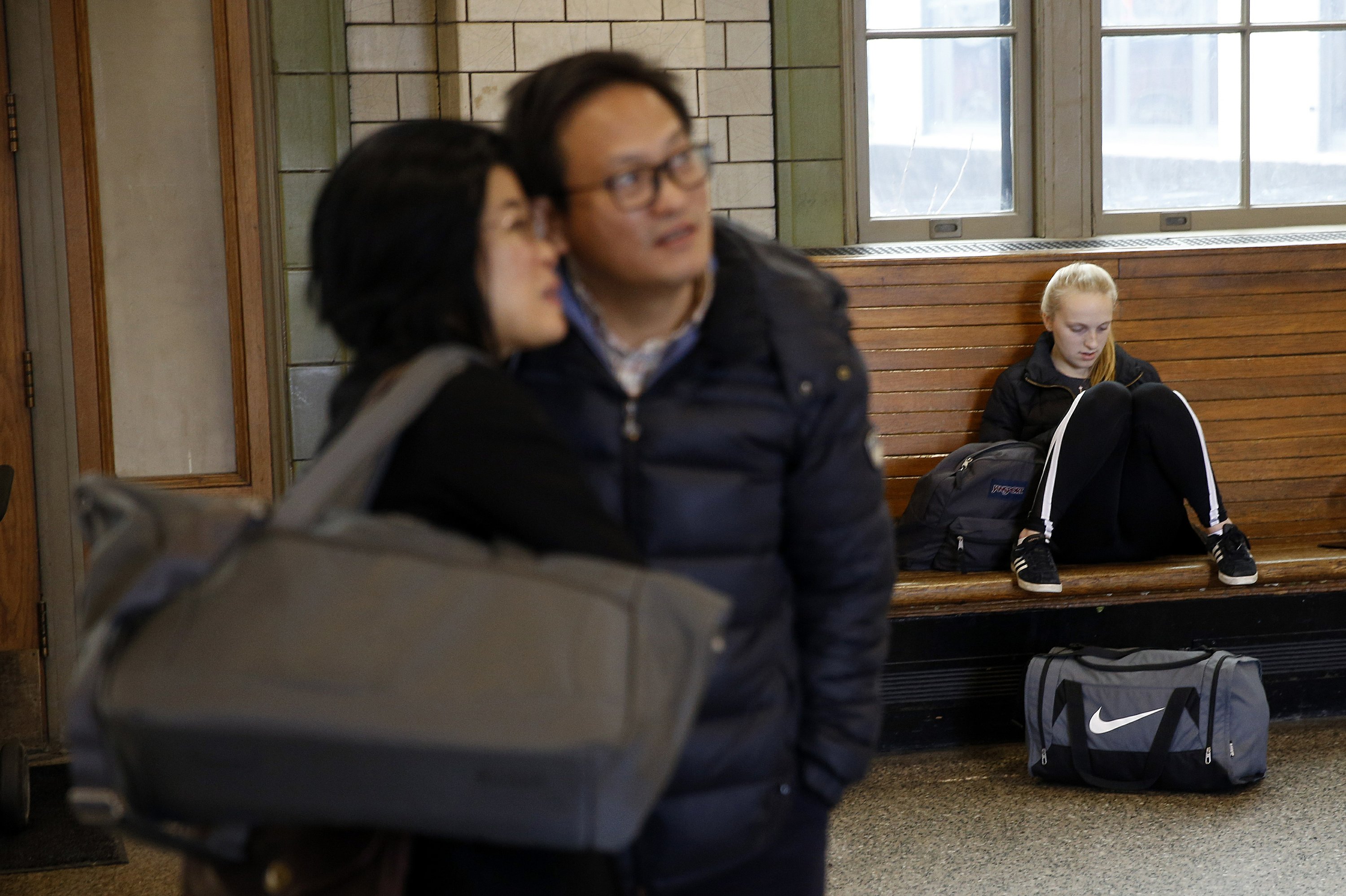 Mild weather and falling gasoline prices are helping Thanksgiving travelers get where they’re going while saving a few bucks.

Airports around the country were busy Wednesday, leading to more than 1,500 delayed flights by early afternoon on the East Coast. Only about 75 flights were canceled, however, with about 40 of those in San Francisco, according to tracking service FlightAware.

“It has been a good day so far. The weather has been very cooperative,” said American Airlines spokesman Ross Feinstein. “It’s busy, but this Sunday and Monday will be busier travel days for us.”

Holiday revelers traveling by car were able to take advantage of a big decline in gasoline prices caused by lower oil prices. The nationwide average pump price on Wednesday was $2.60 a gallon, down 25 cents from a month ago.

GasBuddy, a price-comparison site, said prices were under $2 a gallon in nine states, with several others hovering just above that mark.

“We will see the national average go lower because there are still drops in the pipeline,” said GasBuddy analyst Patrick DeHaan. He estimated that U.S. motorists are spending $100 million less each day on gasoline than they were a month ago.

AAA is forecasting the busiest Thanksgiving travel period since 2005. Most people who will travel at least 50 miles from home are going by car, according to the auto club. AAA spokesman Robert Sinclair credited a strong economy and rising consumer confidence, “and when we have a little time built into our schedules, we take advantage of it.”

Much of the country was blessed with mild weather, but that was expected to change in some areas. Rain was moving in along the West Coast, contributing to delays in places including San Francisco, where the Federal Aviation Administration said arriving flights were running nearly two hours late on average.

In the Northeast, frigid temperatures were forecast for Thanksgiving Day, although the holiday itself is traditionally a light travel day.

Aside from the weather, American Airlines airport kiosks were knocked offline briefly on Wednesday morning. The airline said no flights were delayed because of the problem, which appeared to be fixed by midday.

The day before Thanksgiving was a more difficult travel day in the past. Many Americans who travel over the holiday now start earlier and return later, spreading crowds over several days.

The busiest day ever for Transportation Security Administration airport screeners was the Sunday after Thanksgiving in 2004, but seven of the top 10 days occurred during summer, including five days this past June.