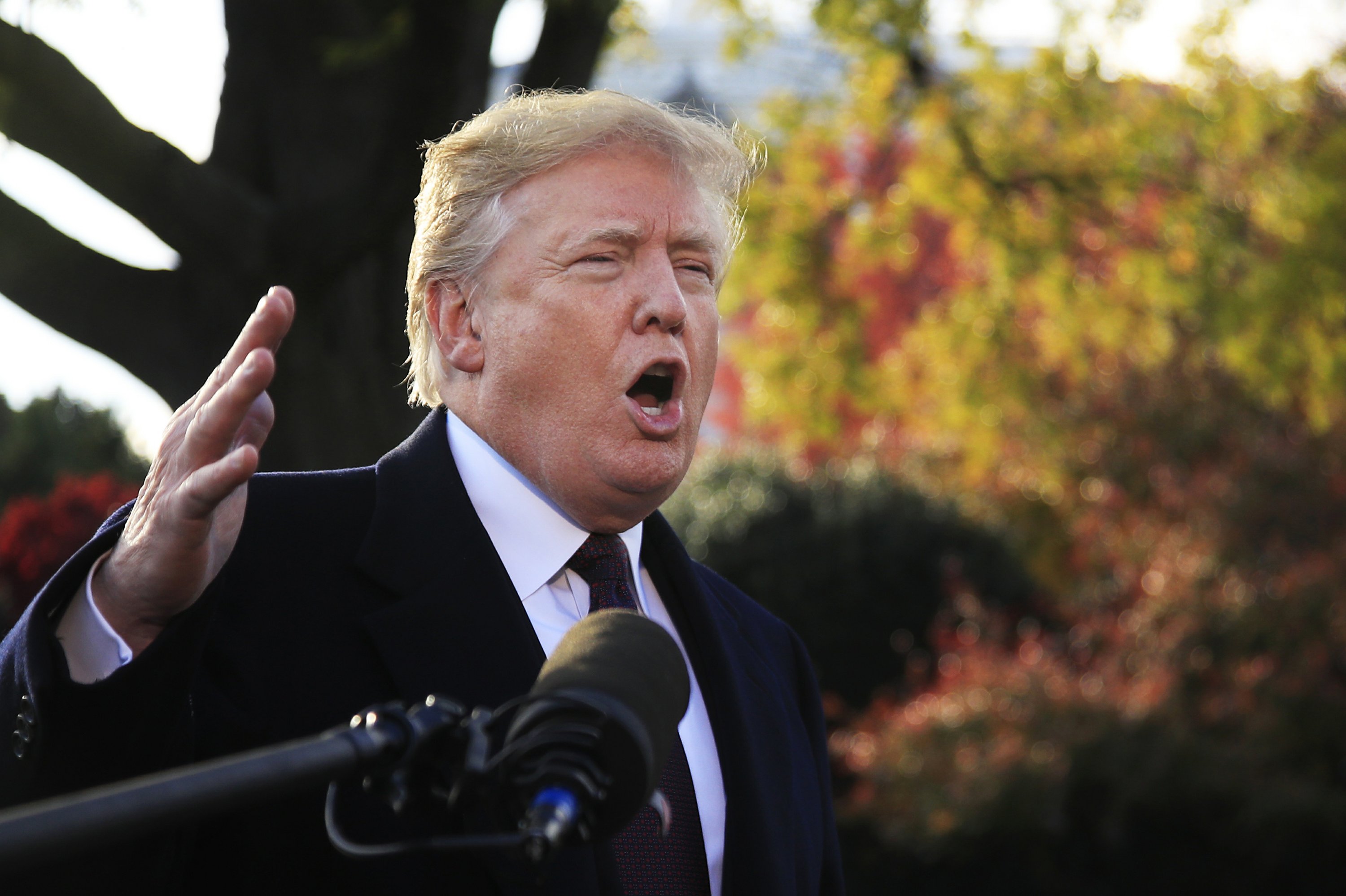 WASHINGTON — President Donald Trump’s embrace of Saudi Arabia has exposed a foreign policy rift in the Republican Party, as some of his GOP colleagues warn that not punishing the kingdom for its role in killing a U.S.-based columnist will have dangerous consequences.

Many Republicans — even Sens. Lindsey Graham and Rand Paul, who share their views on the matter with the president — have denounced Trump’s decision not to levy harsher penalties on Saudi Crown Prince Mohammed bin Salman over the death and dismemberment of Jamal Khashoggi inside the Saudi Consulate in Istanbul.

Sen. Bob Corker, the Republican chairman of the influential Senate Foreign Relations Committee, said Wednesday he was “astounded” by Trump’s statement and likened it to a press release for Saudi Arabia.

“It is a delicate situation when we have a long-term ally that we’ve had for decades, but we have a crown prince that I believe ordered the killing of a journalist,” Corker told Chattanooga TV station WTVC in his home state of Tennessee. “We don’t have a smoking gun. Everything points to the fact that he knew about it and directed it.”

Secretary of State Mike Pompeo defended Trump’s decision, saying the U.S. has already placed sanctions on 17 Saudi officials suspected of involvement in the Oct. 2 killing of The Washington Post columnist, who had been critical of the royal family.

President Donald Trump defended his decision not to punish Saudi Crown Prince Mohammed bin Salman or cut arms sales to Saudi Arabia for the killing of journalist Jamal Khashoggi. insisting it would be “foolish” to cut ties. (Nov. 20)

“We’ve sanctioned 17 people — some of them very senior in the Saudi government,” Pompeo said Wednesday in a radio interview with KCMO in Kansas City, Missouri. “We are going to make sure that America always stands for human rights.”

Graham, R-S.C., isn’t convinced. “When we lose our moral voice, we lose our strongest asset,” he said.

Members of both parties have accused Trump of ignoring U.S. intelligence that concluded, according to one U.S. official, that it was likely the crown prince ordered the killing. Several lawmakers have indicated that the U.S. has no “smoking gun” that proves he was responsible, but they have called on the CIA and other top intelligence agencies to publicly share what they told the president about the slaying.

In his statement Tuesday, Trump argued that punishing Saudi Arabia by “foolishly canceling” Saudi arms deals worth billions of dollars to the U.S. would only benefit Russia and China. Critics, including high-ranking officials in other countries, accused Trump of ignoring human rights and giving Saudi Arabia a pass for economic reasons.

That unleashed a tweet Wednesday from Democratic Rep. Tulsi Gabbard of Hawaii who wrote: “Being Saudi Arabia’s bitch is not ‘America First.’”

Trump also said the U.S. needs Saudi Arabia’s help to counter Iran in the region, fight extremism and keep oil prices steady. The U.S., Russia and the Saudis have boosted oil production in anticipation of sharply lower exports from Iran due to U.S. sanctions reinstated after Trump exited the Iran nuclear deal.

“Thank you to Saudi Arabia, but let’s go lower!” he wrote from his Mar-a-Lago club in Palm Beach, Florida, where he’s spending Thanksgiving.

Criticism of the president will likely resume after the holiday when lawmakers return to Capitol Hill early next week.

“Congressional Republicans will have to do a gut check,” Jon Alterman, director of the Middle East Program at the Center for Strategic and International Studies, said Wednesday. “The Republican Party has believed for more than 50 years that morality was one of the reasons why the United States won the Cold War. And the president walked away from that.”

Some lawmakers are already fighting back. Twenty-two members of the Senate — 11 Republicans and 11 Democrats —have triggered investigations into Khashoggi’s death and specifically whether the crown prince was responsible. The investigations were requested under provisions of the Global Magnitsky Human Rights Accountability Act.

The act requires the president to report back to the Senate Foreign Relations Committee within 120 days — in this case by Feb. 7 — on whether the crown prince was responsible for an extrajudicial killing, torture or other gross violation of internationally recognized human rights against an individual exercising freedom of expression and the administration’s decision on whether sanctions are warranted.

Moreover, three Democrats and three Republicans, who say sanctions, which include a ban on travel to the U.S., imposed so far are insufficient, have introduced the Saudi Arabia Accountability and Yemen Act of 2018. Among other things, the bill calls for suspending weapon sales to Saudi Arabia and imposing mandatory sanctions on all those responsible for Khashoggi’s death and those blocking humanitarian access to Yemen.

Democrats going against the president is expected, but Republican outrage will be more difficult for Trump to shrug off.

Before leaving for the holiday, Paul, R-Ky., lamented to The Associated Press that Trump didn’t accept the counsel he received from both him and Graham — two Republicans often at odds on foreign policy.

Graham has said the crown prince is “irrational” and “unhinged” and warns there will be strong, bipartisan support in Congress for harsher sanctions against Saudi Arabia and members of the royal family.

Paul typically eschews U.S. intervention abroad, but views Khashoggi’s death as one in a long line of malign activities by Saudi Arabia topped by its war in neighboring Yemen where civilians are being killed by Saudi airstrikes.

“He’s been hearing from both myself and from Lindsey Graham — two different sides of the foreign policy spectrum — and yet we get this,” Paul said about Trump’s statement in support of Saudi Arabia. “We really have to reconsider what we’re doing.”