Impeach the president? House Democrats saying not so fast 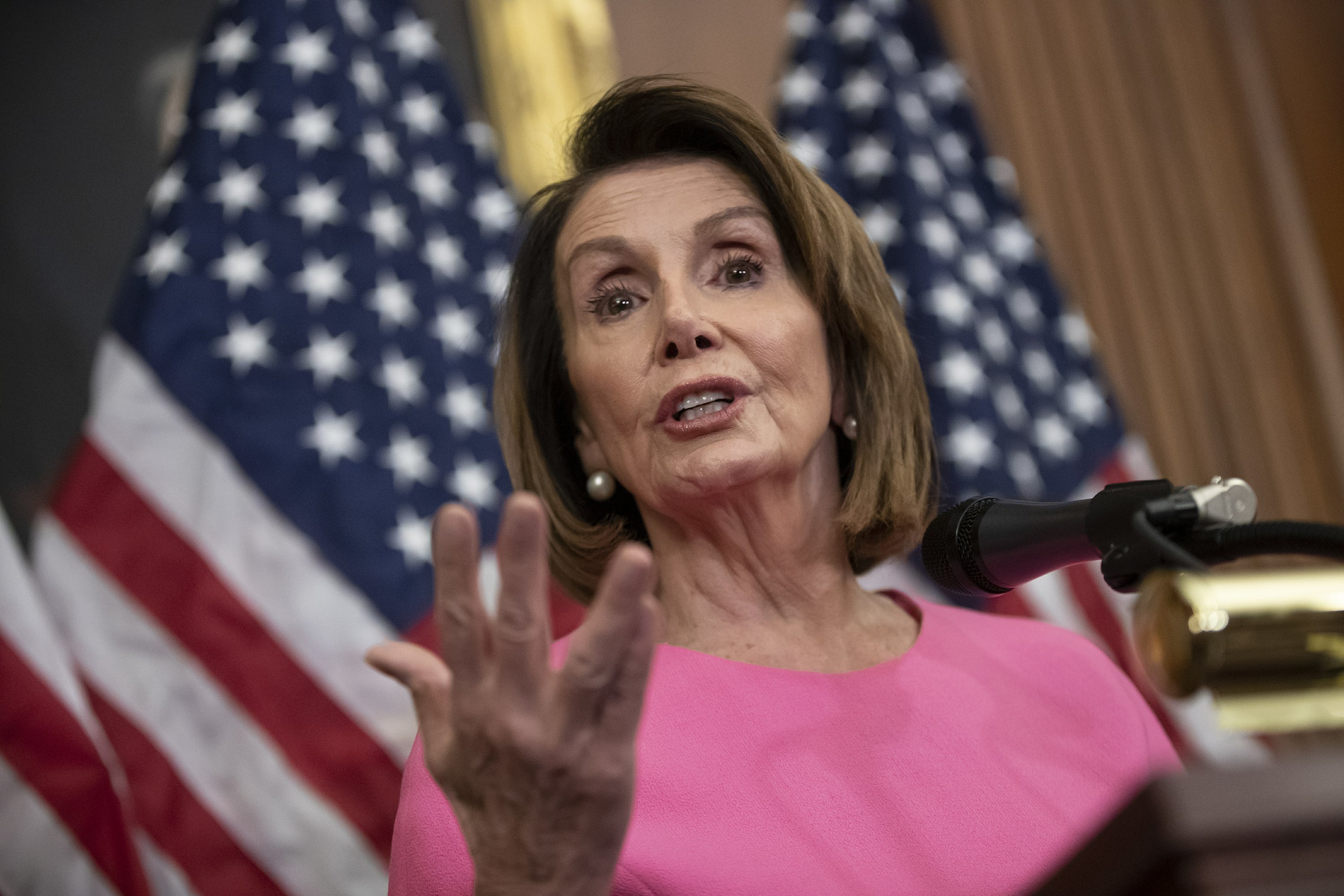 WASHINGTON — Whatever happened to trying to impeach President Donald Trump?

As House Democrats begin laying out the vision for their new majority, that item is noticeably missing from the to-do list and firmly on the margins.

The agenda for now includes spending on public works projects, lowering health care costs and increasing oversight of the administration.

It’s the balance that Democratic Leader Nancy Pelosi is trying to strike in the new Congress between those on her party’s left flank who are eager to confront the president, and her instinct to prioritize the kitchen-table promises that Democrats made to voters who elected them to office.

The California lawmaker, who hopes to lead Democrats as House speaker come January, calls impeachment a “divisive activity” that needs to be approached with bipartisanship. “If the case if there, then that should be self-evident to Democrats and Republicans,” she said.

Those pressing for impeachment acknowledge they don’t expect action on Day One of the new majority, but they do want to see Democrats start laying the groundwork for proceedings.

“We’re for impeachment. We’re not for get-sworn-in-on-Jan.-1-and-start-taking-votes,” said Kevin Mack, the lead strategist for billionaire Tom Steyer’s Need to Impeach campaign. “Our argument is the Constitution outlines a process to remove a lawless president.”

In a new ad, Steyer says Democrats “just need the will” to act. He says he’s calling on Americans to join the 6 million who have already signed on to his group to “give Congress the courage to act.”

“The American people are tired of being told to wait,” Mack said. “Our argument to Congress is you are a co-equal branch of government. It’s time to do what is morally correct.”

Twice over the past two years since Trump was elected, Democrats have tried to force votes on impeachment proceedings, winning a high-water mark of more than 60 supporters, far from the 218 needed.

Republicans are counting on, and possibly even hoping for, impeachment fervor to overtake Democrats, leading them astray from campaign promises or dealmaking with Trump.

“We know the Democrats have a plan: They want to disrupt, they want to try to impeach,” said GOP Rep. Kevin McCarthy of California after winning the GOP’s internal election to serve as minority leader in the new Congress. He warned that Democrats were laying the groundwork to impeach Trump.

Pelosi has made it clear the new majority will not engage in what she calls a “scattershot” approach to investigating the administration.

Instead, the incoming Democratic leaders of House committees will conduct oversight of the president’s business and White House dealings. Democrats are also trying to ensure special counsel Robert Mueller completes his investigation of Russian interference in the 2016 election. They may try to add legislation to protect that probe to the must-pass spending bill in December to help fund the government. They want Mueller’s findings made public.

“You have to be very reluctant to do an impeachment,” Rep. Jerry Nadler, D-N.Y., the incoming chairman of the House Judiciary Committee, said recently on ABC. Nadler, who served on the committee during President Bill Clinton’s impeachment, cited “the trauma of an impeachment process.”

Democratic leaders also know that moving quickly on impeachment would not sit well with their newly elected members, who helped the party win a House majority in the recent midterms. Many come from swing districts where impeachment could prove unpopular.

“I didn’t work 18 months listening to people in my district to get involved in a political back and forth for the next 18 months,” said Rep.-elect Elissa Slotkin of Michigan. “People want to talk about health care. It’s not a coincidence that most of us who won in tough districts, we won because we talked about issues, not because we talked about internal Washington stuff.”

For now, outside liberal groups are largely standing by Pelosi’s approach, putting their emphasis on pushing Democrats to chart a bold agenda on the domestic pocketbook concerns that won over voters.

Pelosi believes that if Democrats had tried to impeach Bush when she was speaker, voters may never have elected Barack Obama as president in 2008.

Politically, Democrats may be right. In 1974, Americans only came to agree that President Richard Nixon should be removed from office on the eve of his resignation, according to Pew research. Voters responded to Clinton’s impeachment by electing more Democrats to the House.

“If we had gone down that path, I doubt we would have won the White House,” she said. “People have to see we’re working there for them.”