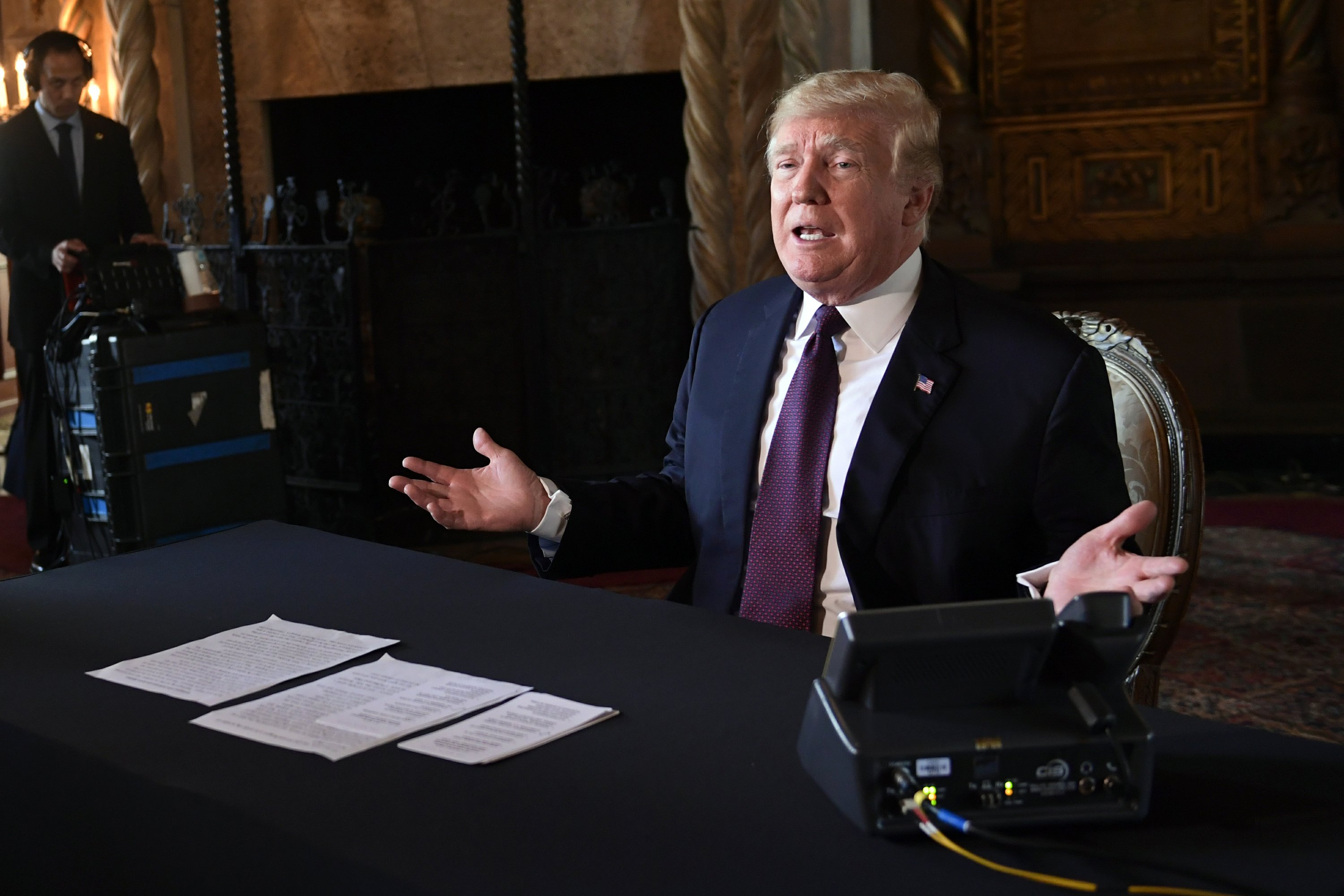 PALM BEACH, Fla. — President Donald Trump made a Thanksgiving Day threat to close the U.S. border with Mexico for an undisclosed period of time if his administration determines that its southern ally has lost “control” on its side.

Trump also said he has given the thousands of active-duty troops he sent to the border before the Nov. 6 midterm elections the “OK” to use lethal force against migrants “if they have to.” And he said Homeland Security Secretary Kirstjen Nielsen, whom he has faulted for not being tough enough on immigration, is “in there trying.”

The president would not discount the possibility of a partial government shutdown early in December over lawmakers’ refusal to allocate the billions of dollars he is demanding for a border wall, the central promise of his 2016 campaign.

“Could there be a shutdown? There certainly could, and it will be about border security, of which the wall is a part,” Trump said.

Trump made the comments in a wide-ranging question-and-answer session with reporters at his Florida golf club after he conveyed holiday wishes in a telephone call with select members of the American military serving around the globe.

That conversation grew from a presidential expression of gratitude for their commitment to protecting the country and its interest and touched on a variety of political topics, including immigration policy, the economy and Trump’s displeasure with court rulings against administration initiatives.

In his remarks afterward to reporters, Trump moved quickly from issue to issue, from the border and his public dispute with Chief Justice John Roberts to relations with China, a possible staff and Cabinet shake-up and his defense of acting Attorney General Matthew Whitaker.

Trump’s border threat came days after a federal judge put the administration’s asylum policy on hold. Under that new policy, Trump declared no one could apply for asylum except at an official border entry point. Some ports of entry are already facing huge backups, with people waiting for weeks.

The U.S. government shut down one port of entry, San Ysidro, in California, for several hours early Monday morning to bolster security amid concerns about a potential influx of migrant caravan members. Most of the lanes were reopened before the morning rush.

Trump repeated Nielsen’s claim, made earlier this week when she visited a San Diego Pacific Coast beach to see newly installed razor wire wrapped around a towering border wall that cuts across the sand, that there were as many as 500 criminals and gang members in the group heading northward. Nielsen refused to answer questions about how they were identified or what crimes they had committed.

Trump asserted that there are “fistfights all over the streets” in Tijuana, Mexico, and that “these are not like normal, innocent people.”

“These are people you talk to them and they start a fistfight,” he said. “I don’t want that in this country.”

The people of Tijuana “opened up with wide arms” to welcome the caravan, Trump said, and “now they’re going crazy to get them out … because bad things are happening.”

He said if U.S. officials “find that it’s incontrollable, if we find that it gets to a level where we are going to lose control or where people are going to start getting hurt, we will close entry into the country for a period of time until we can get it under control. The whole border.”

In that case, Mexico would take an economic hit, he said, citing an inability to ship cars into the U.S. for sale.

“We’re either going to have a border or we’re not,” Trump said.