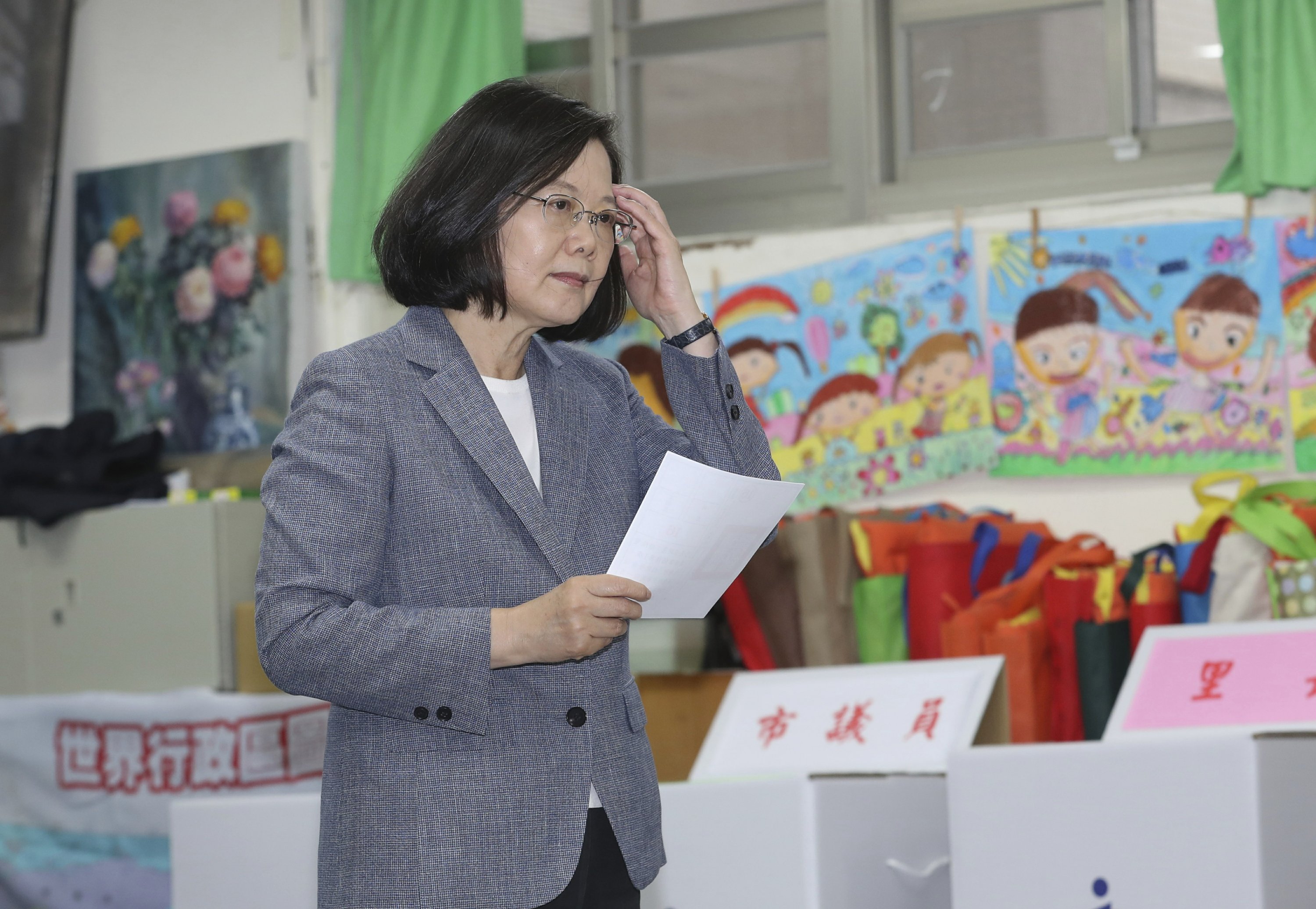 TAIPEI, Taiwan — Taiwan’s ruling party suffered a major defeat Saturday in local elections seen as a referendum on the administration of the island’s independence-leaning president amid growing economic and political pressure from China.

Soon after the results came in, President Tsai Ing-wen resigned as head of the Democratic Progressive Party. She will remain as president and her resignation will have no direct effect on the business of government.

The DPP lost the mayoral election to the Nationalist party in the southern port city of Kaohsiung, where it had held power for 20 years. The Nationalists also defeated the DPP in the central city of Taichung, while Ko Wen-je, the independent mayor of Taipei, the capital, appeared on track to win a second term.

At a brief news conference at DPP headquarters late Saturday, Tsai announced she was stepping down as head of the party. She also said she had refused Premier William Lai’s resignation, saying she wanted him to continue her reform agenda.

“Today, democracy taught us a lesson,” Tsai said. “We must study and accept the higher expectations of the people.”

The elections for mayors and thousands of local posts were seen as a key test for the 2-year-old administration of Tsai, whom Beijing has relentlessly attacked over her refusal to endorse its claim that Taiwan is a part of China.

Tsai and the DPP had won a landslide victory in 2016, but China swiftly responded by cutting all links with her government. Beijing has been ratcheting up pressure on the island it claims as its own territory by poaching away its diplomatic partners, cutting official contacts and staging threatening military exercises.

The Nationalists, known also as the KMT, had campaigned on their pro-business image and more accommodating line toward Beijing.

Since her election in 2016, Tsai has walked a fine line on relations with China, maintaining Taiwan’s de facto independent status that the vast majority of Taiwanese support, while avoiding calls from the more radical elements of her party for moves to declare formal separation from the mainland.

Taiwanese officials had warned that Beijing was seeking to sway voters through the spread of disinformation online similar to how Russia was accused of interfering in U.S. elections.

Chiang Kai-shek’s Nationalists rebased their government to Taiwan in 1949 amid the civil war with Mao Zedong’s Communists. They ruled under martial law until the late 1980s when the native Taiwanese population began to take political office, mostly through the DPP.