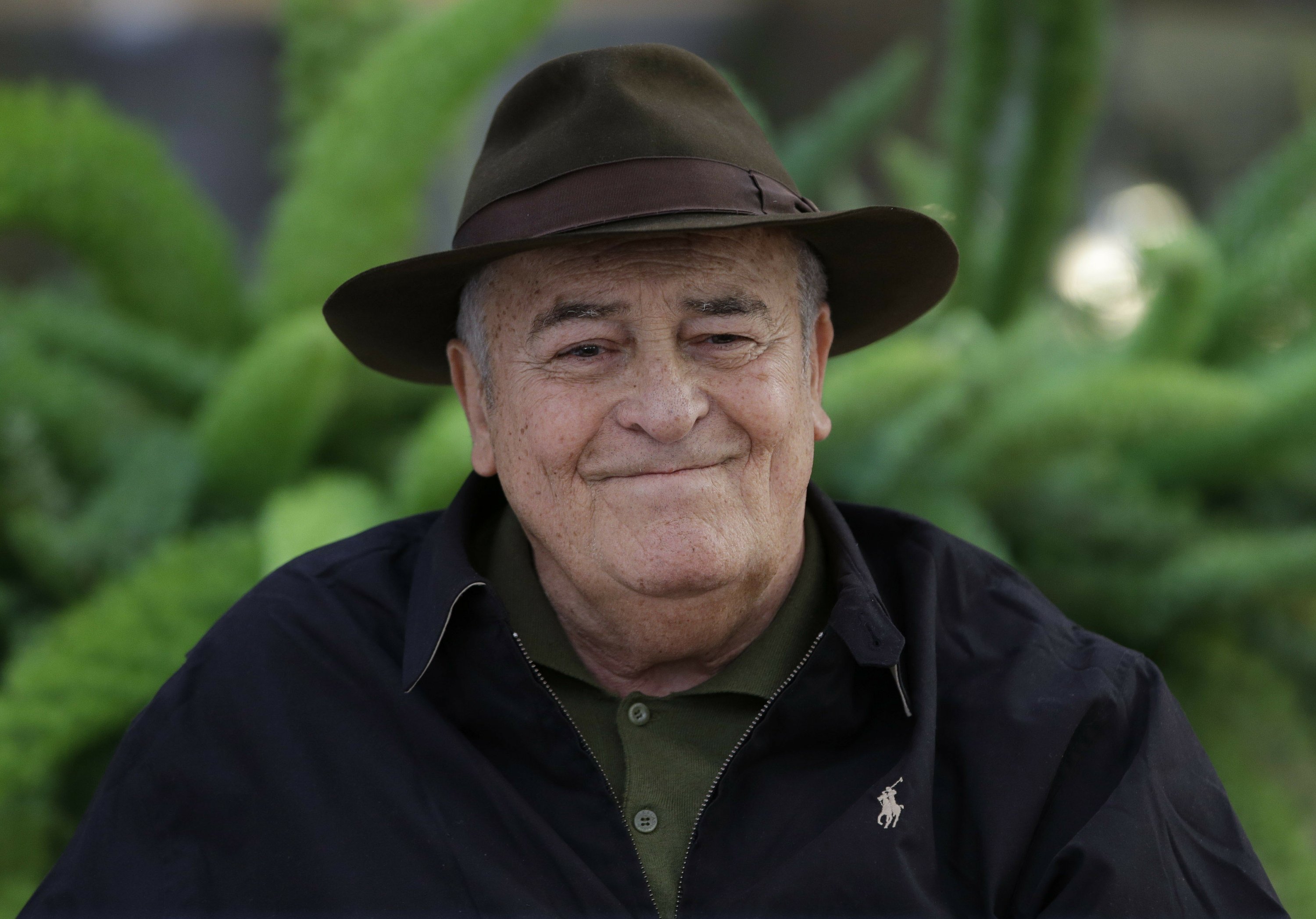 Bertolucci’s press office, Punto e Virgola, confirmed the death in an email to The Associated Press. Italy’s state-run RAI said Bertolucci died at his home in Rome, surrounded by family.

Bertolucci’s movies often explored the sexual relations among characters stuck in a psychological crisis, as in “Last Tango.” The self-professed Marxist also did not shy away from politics and ideology, as in “The Conformist,” which some critics consider Bertolucci’s masterpiece.

Despite working with A-list American and international stars, Bertolucci always defended his own film-making style against what he said was the pressure of the U.S. film industry. He maintained critical success for most of his career, weathering the controversies that his sexually provocative work would stir and some commercial flops.

“When it comes to commercial cinema, I have the strange pleasure of feeling that I’m from another tribe, an infiltrator,” he told Italian daily Corriere della Sera in 1990.

He was honored for lifetime achievement at the Cannes film festival in 2011.

Bertolucci’s movies also bore the imprint of the director’s own experiences in psychoanalysis. He always said that making films was his way of communicating with the audience. It was his personal language.

“Maybe I’m an idealist, but I still think of the movie theater as a cathedral where we all go together to dream the dream together,” he said upon receiving an award from the Director’s Guild of America for his 1987 film “The Last Emperor.”

That movie handed Bertolucci his greatest success. In 1988 it won all the nine Academy Awards that it had been nominated for — including best movie and best director.

The movie — the first Western feature film to win permission to shoot in Beijing’s Forbidden City — follows the life of China’s last emperor, from child-king at the end of the Qing Dynasty to war criminal and finally to an ordinary citizen in the People’s Republic.

It was filmed in the lush and vivid style that was one of Bertolucci’s trademarks. It featured grandiose scenes and intimate moments, and a flashback structure that is typical of biopics.

Cinematographer Vittorio Storaro, who often worked with Bertolucci and won one of his three Oscars with “Last Emperor,” compared the director to William Faulkner.

“His style is not unlike that of Faulkner who’ll go on for 30 pages without a period. Bernardo doesn’t just use the camera to convey just one sentence. Everything flows into everything else,” said Storaro.

Bertolucci was born in the northern city of Parma on March 16, 1941, the son of poet Attilio Bertolucci and his wife Ninetta. The family moved to Rome when Bertolucci was 13.

He had originally wanted to be a poet like his father, but later turned to movies.

He began his career while still a student at the University of Rome as an assistant director on Pier Paolo Pasolini’s film “Accattone.” A year later, in 1962, he made his first film “The Grim Reaper,” about the murder of a prostitute.

Soon he established himself as one of the brightest young stars of international cinema. By his early 30s, he had already directed highly acclaimed movies: “Before the Revolution” in 1964, a reflection on politics and the middle-class set in the director’s hometown; “The Spider’s Strategem” in 1970, the story of a man who returns to the scene of the killing of his father, an anti-Fascist hero, to discover a web of lies; and “The Conformist,” which is based on an Alberto Moravia novel and depicts the struggle of a man, Jean-Louis Trintignant, to conform to society and expectations in Fascist Italy.

But it was with “Last Tango” that Bertolucci shot to stardom, and notoriety.

The film, starring Marlon Brando and Maria Schneider as a middle-aged man and younger woman who engage in a brutal sexual relationship in a bare Paris apartment, shocked the world and incurred censorship in his native country.

But its raw and improvisational style also earned Brando and Bertolucci Oscar nominations and was likened by New Yorker film critic Pauline Kael to Stravinsky’s “The Rite of Spring” as a revolutionary work of art.

The movie was banned in Italy just after its release in 1972, and was not released again until 1987. The case went back and forth in the courts until the high criminal court banned the film in 1976 and ordered all copies confiscated and destroyed. Bertolucci, Brando and Schneider, as well as the producer Alberto Grimaldi, were sentenced to two months in jail and a fine of $40 each — although the jail terms were suspended.

Schneider herself would say she was traumatized by the movie. The actress, who died in 2011, was just 19 during filming and told the Daily Mail in 2007 that a rape scene involving a stick of butter was included without warning.

“I should have called my agent or had my lawyer come to the set because you can’t force someone to do something that isn’t in the script, but at the time, I didn’t know that,” she said.

“Marlon said to me: ‘Maria, don’t worry, it’s just a movie,’ but during the scene, even though what Marlon was doing wasn’t real, I was crying real tears. I felt humiliated and to be honest, I felt a little raped, both by Marlon and by Bertolucci. After the scene, Marlon didn’t console me or apologize. Thankfully, there was just one take,” she said.

Bertolucci then embarked on his most ambitious project, a four-hour epic tale on the lives of two boys — Gerard Depardieu and Robert De Niro — through the political upheavals of the past century in Italy. The movie — “1900” — won some critical praise, but ended up a spectacular commercial flop.

Bertolucci’s later movies included “The Sheltering Sky,” featuring Debra Winger and John Malkovich as an American couple trying to inject new life into their relationship during a trip to Africa. The 1990 work won Bertolucci a nomination at the Golden Globes.

In 2007, Bertolucci was honored with a special award for his career’s work at the Venice Film Festival.

Bertolucci was married to the English writer and director Clare Peploe. They had no children. Peploe is the sister of Mark Peploe, a screenwriter and close friend of Bertolucci’s who worked with the director on a number of projects.

Punto e Virgola, the press office, said details of funeral plans are not yet finalized but that it expects a ceremony in the next few days.