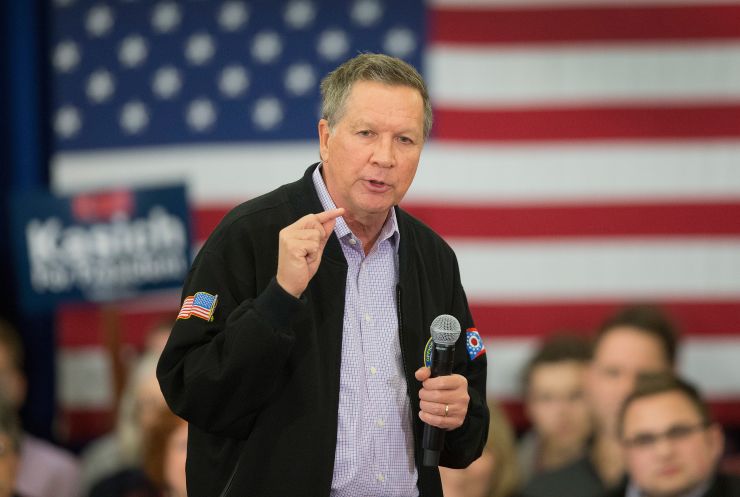 Former presidential candidate John Kasich has hinted he might try his luck again in the 2020 election. Appearing on ABC News’ “This Week,” Kasich told George Stephanopoulos he was “very seriously” considering a third run for president in 2020. Kasich previously sought the Republican nomination in 2000 and most recently in 2016.

"We need different leadership, there isn't a question about it … I'm worried about our country in the longterm" https://t.co/P6iz1j1VA4 #ThisWeek pic.twitter.com/DT3xa8COII

Kasich said that he was discussing a third bid with those close to him:

“These are earnest conversations that go on virtually every day with some of my friends, with my family,” he said. “Look, we need different leadership, there isn’t any question about it. I’m not only just worried about the tone, and the name calling, and the division in our country, and the partisanship, but I also worry about the policies.”

That said, Kasich has not yet formally declared his intention to run.

“I’m out there trying to do what I can do,” he said. “I don’t know when I will have to make a decision, but let’s not — let’s be clear, I’m not being coy. I’m [not] just trying to do this for some kind of a game. This is really, really serious to me.”

The Ohio governor will finish his second and last term as the state’s head in January. This will put him in a perfect position to seek the nomination again. A harsh critic of President Donald Trump, Kasich could cause some trouble for the sitting president. Kasich would appeal more to centrist voters and could very well steal some Independent and Democrat votes if he makes it to the general election as a third-party candidate.

If Kasich decides to seek the Republican nomination and goes head to head with President Trump, the battle between him and President Trump could turn ugly.