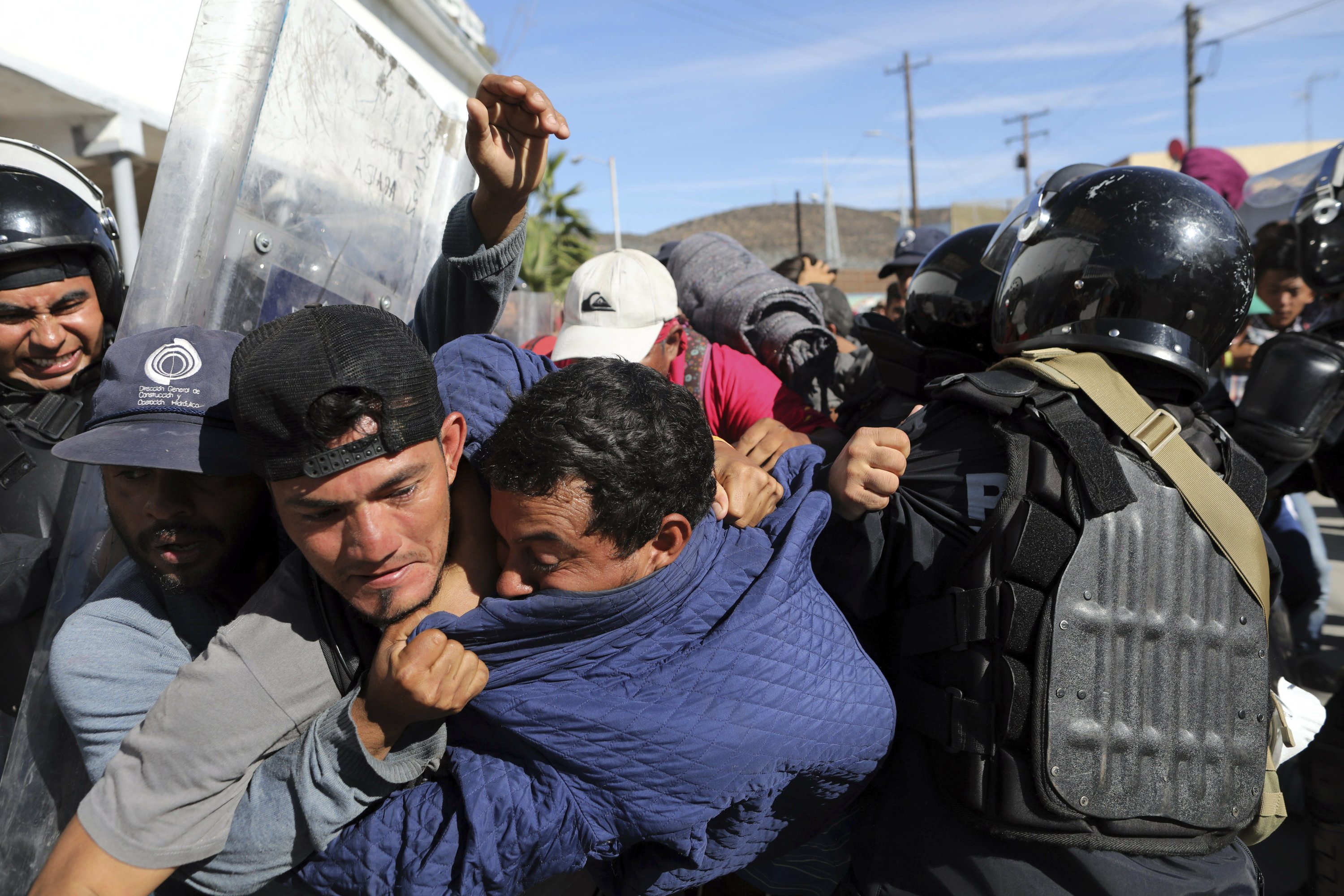 A Chinese researcher claims that he helped make the world’s first genetically edited babies — DNA he says he altered with a powerful new tool, AP learns.

Mexican officials pledge to shore up security near its border with the U.S. after some migrants “violently” tried to breach the border at Tijuana and U.S. agents fired tear gas into Mexico to stop them.

4. WHERE TRUMP IS HEADED

Trump is bound for Mississippi for two rallies to try to keep the Senate seat held by Cindy Hyde-Smith in Republican hands.

An AP investigation into the $400 billion global market finds that more than 1.7 million people have been injured and nearly 83,000 killed.

A NASA spacecraft’s six-month journey to the red planet nears its dramatic grand finale in what experts hope will be a soft precision landing.

Hundreds of flights are grounded, major highways closed and schools in several states shuttered after a snowstorm blankets much of the region.

The iPhone maker is at the Supreme Court to defend the way it sells apps against claims by consumers that the company has unfairly monopolized the market.

A new U.S. government estimate on the developmental disorder doesn’t necessarily mean the numbers of kids affected is rising.

Kirk Cousins bounces back from his worst game of the season with 342 passing yards and three touchdowns and Minnesota beats Green Bay 24-17.