Last US Senate race of midterms up for vote in Mississippi 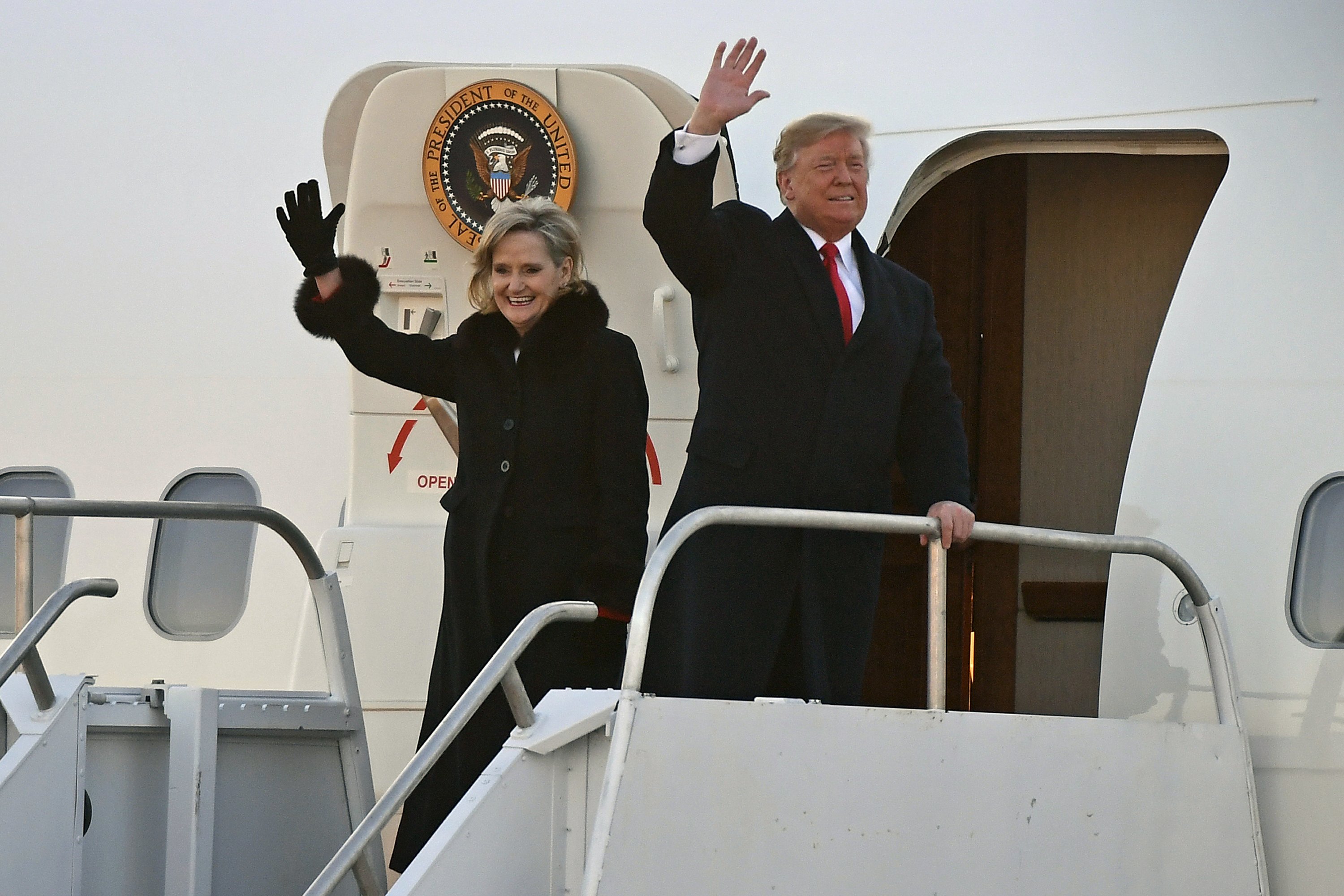 JACKSON, Miss. — Mississippi voters are deciding the last U.S. Senate race of the midterms, choosing between a white Republican Senate appointee backed by President Donald Trump and a black Democrat who was agriculture secretary when Bill Clinton was in the White House.

History will be made either way: Republican Sen. Cindy Hyde-Smith, 59, would be the first woman ever elected to Congress from Mississippi, and Democrat Mike Espy, 64, would be the state’s first African-American U.S. senator since Reconstruction.

Mississippi’s past of racist violence became a dominant theme after a video showed Hyde-Smith praising a supporter in early November by saying, “If he invited me to a public hanging, I’d be on the front row.” She said it was “an exaggerated expression of regard.” More than a week after the video’s release, she said she apologized to “anyone that was offended by my comments,” but also said the remark was used as a “weapon” against her.

Hyde-Smith was seen in another video talking about making voting difficult for “liberal folks,” and a photo circulated of her wearing a replica Confederate military hat during a 2014 visit to Beauvoir, a beachside museum in Biloxi, Mississippi, that was the last home of Confederate president Jefferson Davis.

About 100 protestors held anti-Trump signs and chanted “say no to Cindy Hyde-Smith” near the site of a rally the president and Hyde-Smith attended in Biloxi, Mississippi. (Nov. 27)

Critics said Hyde-Smith’s comments and Confederate regalia showed callous indifference in a state with a 38 percent black population, and some corporate donors, including Walmart, requested refunds on their campaign contributions to her.

Mississippi — which still has the Confederate battle emblem on its state flag — has a history of racially motivated lynchings. The NAACP website says that between 1882 and 1968, there were 4,743 lynchings in the United States, and that nearly 73 percent of the victims were black. It says Mississippi had 581 lynching during that time, the highest number of any state.

Hyde-Smith has campaigned as an unwavering supporter of Trump, who campaigned with her Monday, praising her at a rally in the northeastern Mississippi city of Tupelo for voting to confirm Brett Kavanaugh to the Supreme Court.

“She stood up to the Democrat smear machine,” Trump said.

With the Mississippi election undecided, Republicans hold 52 of the 100 Senate seats.

Mississippi last elected a Democrat to the U.S. Senate in 1982, but Espy was trying for the same kind of longshot win that fellow Democrat Doug Jones had nearly a year ago in neighboring Alabama, another conservative Deep South state where Republicans hold most statewide offices.

Espy campaigned as someone who would be able to bridge the partisan divide in Washington. He was endorsed by former Vice President Joe Biden, and three Democrats who are potential 2020 presidential candidates — former Massachusetts Gov. Deval Patrick and Sens. Kamala Harris of California and Cory Booker of New Jersey — traveled to Mississippi to campaign for him.

“I ask you tonight, Mississippi. It’s the third decade of the 21st century. Why are we still fighting about the color line?” Espy said during a speech Monday night at a predominantly African-American church.

If white voters outnumber black voters 2-to-1 on Tuesday, Espy would have to win 30 percent or more of white votes, a tough task in a state with possibly the most racially polarized electorate in the country. But if black voters rise to 40 percent of the electorate and Espy wins 9 out of 10, he needs less than a quarter of white votes to squeak out a victory.

“If Espy wins that race, it represents a huge breakthrough for America,” said the Rev. Jesse Jackson, a longtime civil rights activist and former Democratic presidential candidate. “If he loses, it’s a brief statement about Mississippi being unrepentant.”

Meanwhile, federal and state authorities are investigating seven nooses that were found hanging from trees outside the Mississippi Capitol on Monday, along with handwritten signs that referred to the Senate runoff and the state’s history of lynching.

Hyde-Smith campaign hammered Espy for his $750,000 lobbying contract in 2011 with the Cocoa and Coffee Board of the Ivory Coast. She noted that the country’s ex-president, Laurent Gbagbo, is being tried in the International Criminal Court for crimes against humanity.

“I don’t know how many Mississippians can really relate to an income that can command a $750,000 check from one person for a lobbying job,” Hyde-Smith, who is a cattle rancher, said during a Nov. 20 debate.

Espy, who is an attorney, said: “I found out later that this guy, the president, was a really bad guy. I resigned the contract.”

Espy resigned the Cabinet post in 1994 amid a special counsel investigation that accused him of improperly accepting gifts. He was tried and acquitted on 30 corruption charges, but the Mississippi Republican Party ran an ad this year that called Espy “too corrupt for the Clintons” and “too liberal for Mississippi.”

Espy said he refused to accept offers of plea deals.