Looking ahead, Democrats jockey to be Pelosi’s heir apparent 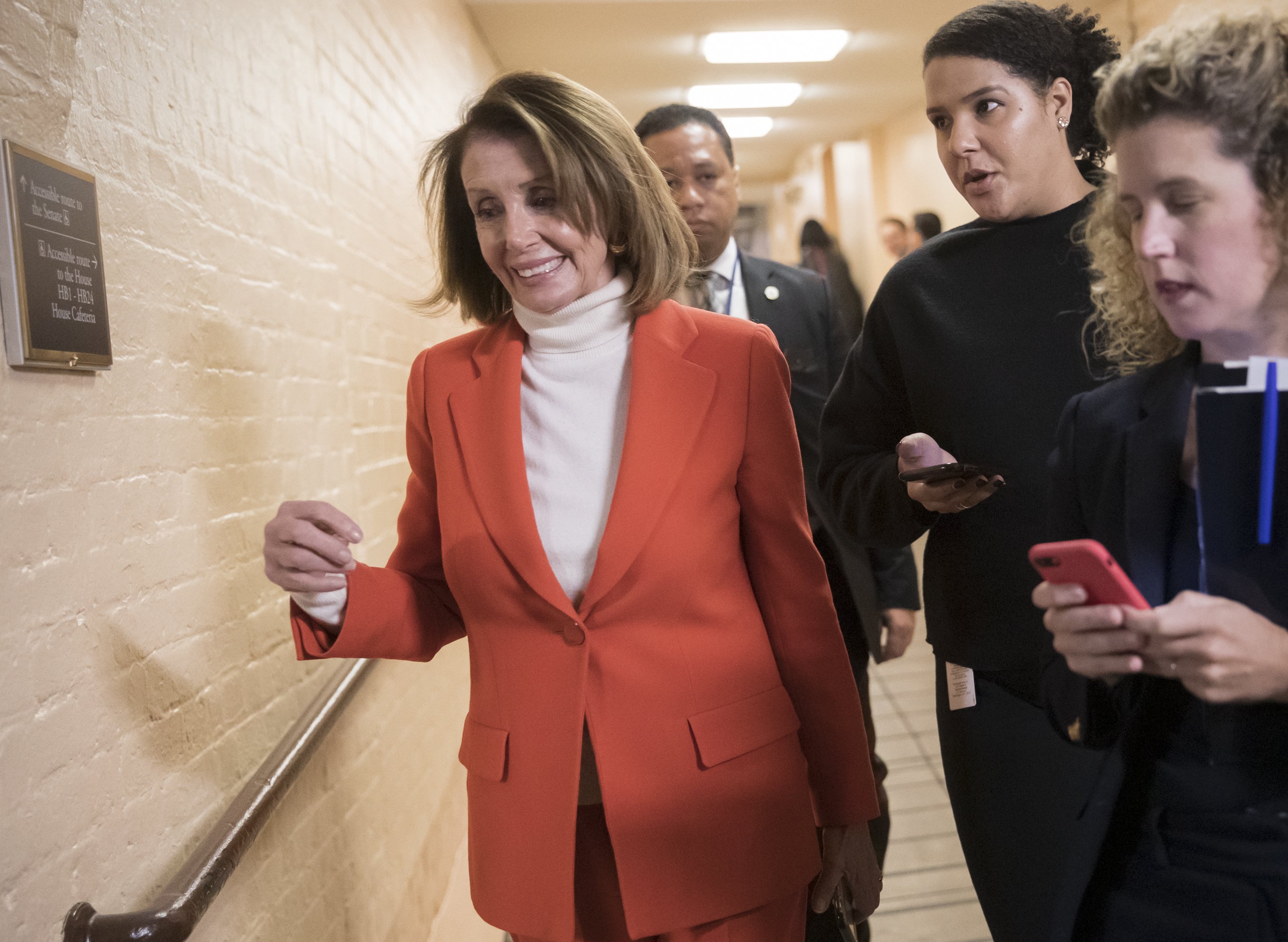 WASHINGTON — As Nancy Pelosi moves closer to securing the votes to become House speaker, the stage is being set down-ballot for the next generation of leaders jockeying to be the Democrats’ heirs apparent.

Pelosi’s return to the speaker’s office is not a lock. One more newly-elected Democrat, Gil Cisneros of California, announced Monday he was adding his name to those vowing to vote for new leadership.

Yet even as Pelosi faces persistent opposition, her opponents have suffered a string of setbacks. Pelosi turned one would-be challenger into a supporter by doling out a subcommittee gavel and flipped other opponents to the yes column with commitments to address their legislative priorities. With Cisneros, the group now has 16 names on a letter seeking new leadership, almost as many as when it started after the midterm election.

Rep. Seth Moulton, D-Mass., an organizer of the effort against Pelosi, said Monday he never intended to target just her, but wants a clean sweep of the top three Democratic leaders. In a statement, Moulton said he is seeking “a serious conversation about promoting leaders who reflect the future.” He and Pelosi have not yet talked.

“This is so much bigger than her,” Moulton said. “It’s about the entire, stagnant, three-person leadership team.”

Separately, nine Democrats in the Problem Solvers Caucus say they’ll only support a speaker who agrees with rules changes to open the process for moving legislation. Rep. Josh Gottheimer, D-N.J., said Monday he had a “constructive” conversation with Pelosi over the holiday break and he hopes she gets “on board.”

Some of those who signed the letter from Moulton’s effort may be willing to reach a deal that would guarantee a fresh round of leadership elections a year from now, earlier than the typical two-year term, according to an aide close to the group. That seems unlikely. The No. 2 and No. 3 Democrats — Rep. Steny Hoyer of Maryland, who would be majority leader in the new House, and Rep. Jim Clyburn of South Carolina, who would be whip — have all but locked up the votes and are running unopposed. And Pelosi has indicated that while she doesn’t plan to keep her hold on power forever — she calls her bid a transition to the new generation — she’s also shown no interest in making herself a lame-duck leader.

As House Democrats meet behind closed doors Wednesday to start voting, it seems increasingly likely that Pelosi’s team will emerge intact. And that’s causing much maneuvering, as up-and-comers position themselves to be next in line once Pelosi’s generation eventually steps down. Notably, virtually none of them is clamoring against Pelosi.

At the forefront is Rep. Ben Ray Lujan, the low-key New Mexico Democrat who helped usher in the majority as chairman of House Democrats’ campaign committee. He is running unopposed for the No. 4 job as assistant Democratic leader.

Others are staking their claims on lower rungs:

— Rep. Hakeem Jeffries of New York is running for caucus chair against veteran Rep. Barbara Lee of California; they are both prominent members of the Black Caucus.

— Rep. Cheri Bustos, from an Illinois district that supported President Donald Trump, is aiming for campaign chief against several others.

Even farther down the ladder are another half dozen Democrats competing for vice chair of the caucus or positions on the expanded policy and communications committee.

They’re largely concentrating on their own races, which will be determined Wednesday. The speaker’s contest won’t be settled until the full House votes in January.