AP Analysis: Will Saudi crown prince be a pariah at G-20? 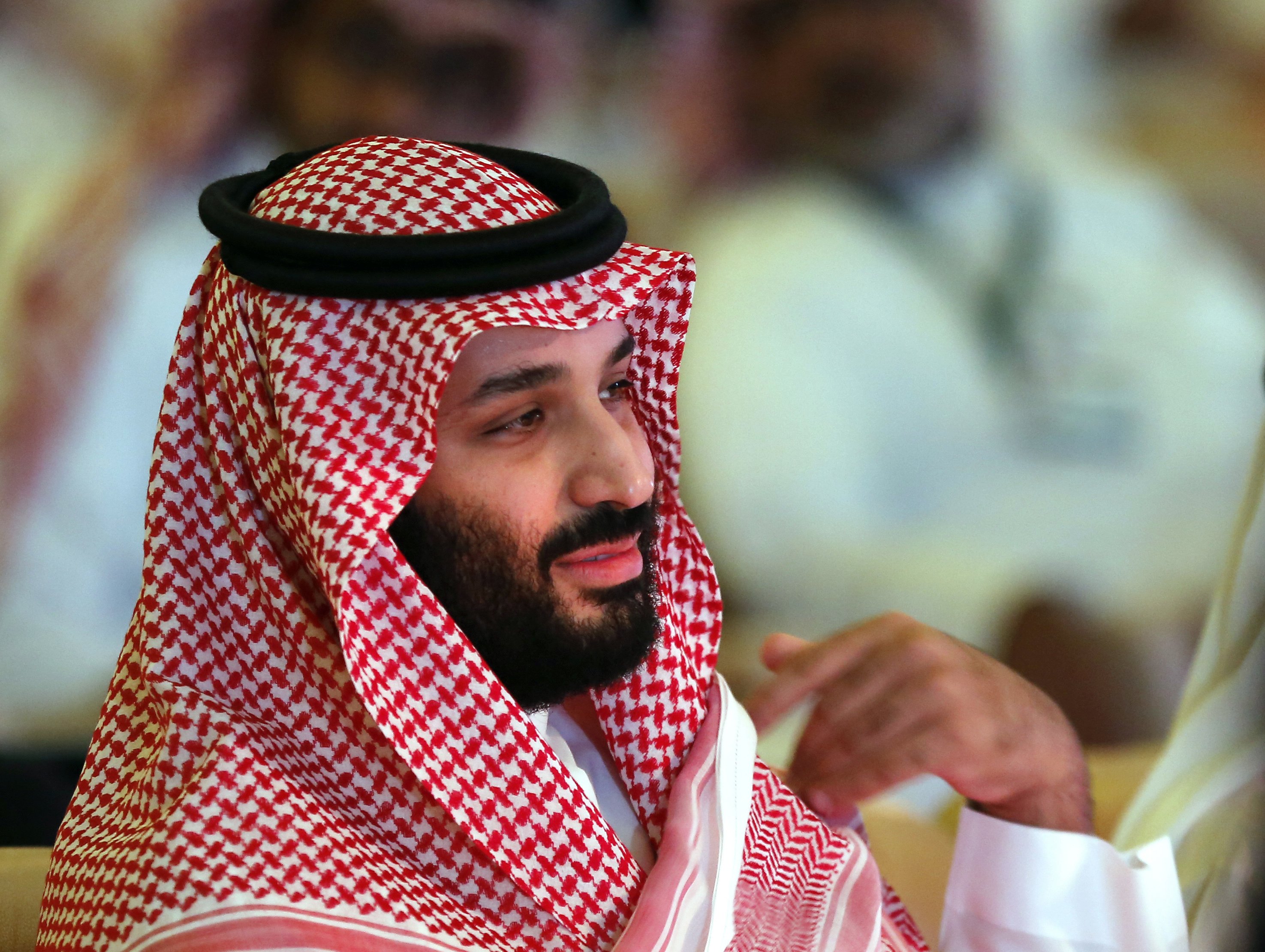 At most international summits, the discord is generally on show outside as protesters clash with police some distance from the halls of power.

But what about when the thorny issue is inside the bubble itself?

All eyes will be on Saudi Arabia’s embattled Crown Prince Mohammed bin Salman later this week when he heads to Buenos Aires for the Group of 20 summit. He is stopping in several Arab countries along the way.

At issue is the gruesome slaying of Washington Post columnist Jamal Khashoggi and allegations that the crown prince ordered his killing inside the Saudi Consulate in Istanbul last month. There will be leaders who won’t want to get caught in a grip-and-grin situation with the Saudi prince.

It’s a photo opportunity that could cause serious ripples, even disgust, and have concrete repercussions at home by appearing to exonerate or legitimize the man U.S. intelligence agencies concluded ordered the killing.

That won’t be a problem for President Donald Trump, who drew bipartisan ire in the U.S. Congress for effectively giving the prince a free pass in the name of “America First,” based on the president’s vastly exaggerated claims of Saudi military contracts and investments in the United States.

It may well be that Trump will go out of his way to embrace the de facto Saudi leader as others scurry away, treating him as a pariah.

For added spice, Turkish President Recep Tayyip Erdogan, who has kept international pressure mounting on Saudi Arabia, is also expected to attend. The crown prince has requested a meeting with Erdogan on the sidelines of the summit, according to Ankara.

Saudi Arabia is also under increasing pressure over Yemen, where efforts to end the ruinous war that the crown prince has instigated are gaining some traction. Thousands of civilians have been killed in Saudi-led coalition airstrikes, and the aid group Save the Children has recently said some 85,000 children under the age of five may have died of hunger or disease in the civil war.

Yet, it wasn’t the horrors of the Yemen conflict that sparked outrage around the world.

What was it about the death of Khashoggi that has prompted assertions by such people as conservative and once-unfailing friend of Riyadh, U.S. Senator Lindsey Graham, that the crown prince was “unhinged?”

In part, it was Khashoggi’s connections with Western policy-makers and journalists, who kept up the pressure, according to H.A. Hellyer, a senior associate fellow at the Royal United Services Institute and Atlantic Council.

Other world leaders with obvious blood on their hands have commanded unwanted attention at different summits, and in some cases even been expelled.

Syria’s President Bashar Assad, condemned around the world for massacring his own people, was suspended from the Arab League.

The man who turned Syria’s civil war in Assad’s favor, President Vladimir Putin, was himself booted out of the G-8 after Russia’s annexation of Crimea in 2014, where trouble between Russia and Ukraine is brewing again this week. Since then, Trump has called for Moscow to be invited back in and the two leaders held their own summit in Helsinki earlier this year.

Prince Mohammed is expected to hold bilateral talks with Putin this weekend at the G-20. Putin has not criticized Saudi Arabia, nor the crown prince, throughout the Khashoggi killing debacle. That’s no surprise, since the U.K. has directly blamed Moscow’s military intelligence of an overseas plot of its own: the poisoning of a former Russian spy and his daughter in England. Russia denies any involvement.

Then there was the late Libyan leader, Moammar Gadhafi, who boycotted Arab League gatherings over a series of wars and slights.

And the annual United Nations General Assembly has for decades hosted leaders at its New York City headquarters that Washington considered out and out enemies. There have been protests, but the international stage has given such heads of state a key platform.

Prince Mohammed needs this G-20. Before the Khashoggi scandal broke, the crown prince was proclaiming Saudi Arabia as a major economic, geopolitical and aspiring reformist nation. Although the Trump administration’s support appears to be unwavering, others are queasy. Prince Mohammed’s project to modernize Saudi is at some risk in terms of international buy-in.

He enticed the business world with promises of an initial public offering for the state oil behemoth Saudi Arabian Oil Co., known as Saudi Aramco, suggesting it would have a $2 trillion valuation. But it has been delayed repeatedly.

Shortly after Khashoggi’s killing, the crown prince hosted a pre-planned international conference that was grandly advertised as “Davos in the Desert.” But that was on his home turf. Those who attended did so either out of economic dependence or regional Gulf Arab ally support. Others stayed away. There were some U.S. firms, investors and bankers at the summit, but they were middle-management executives and not headline-grabbing CEOs, many of whom pulled out.

Perhaps the crown prince’s incredulity at world denunciation and his desire to be seen as a global player, not as a pariah, is why he will risk being shunned and ostracized publicly in Buenos Aires. And with Trump and Putin supporting the kingdom, he is likely to be welcomed with open arms by two of the global gathering’s most powerful players.