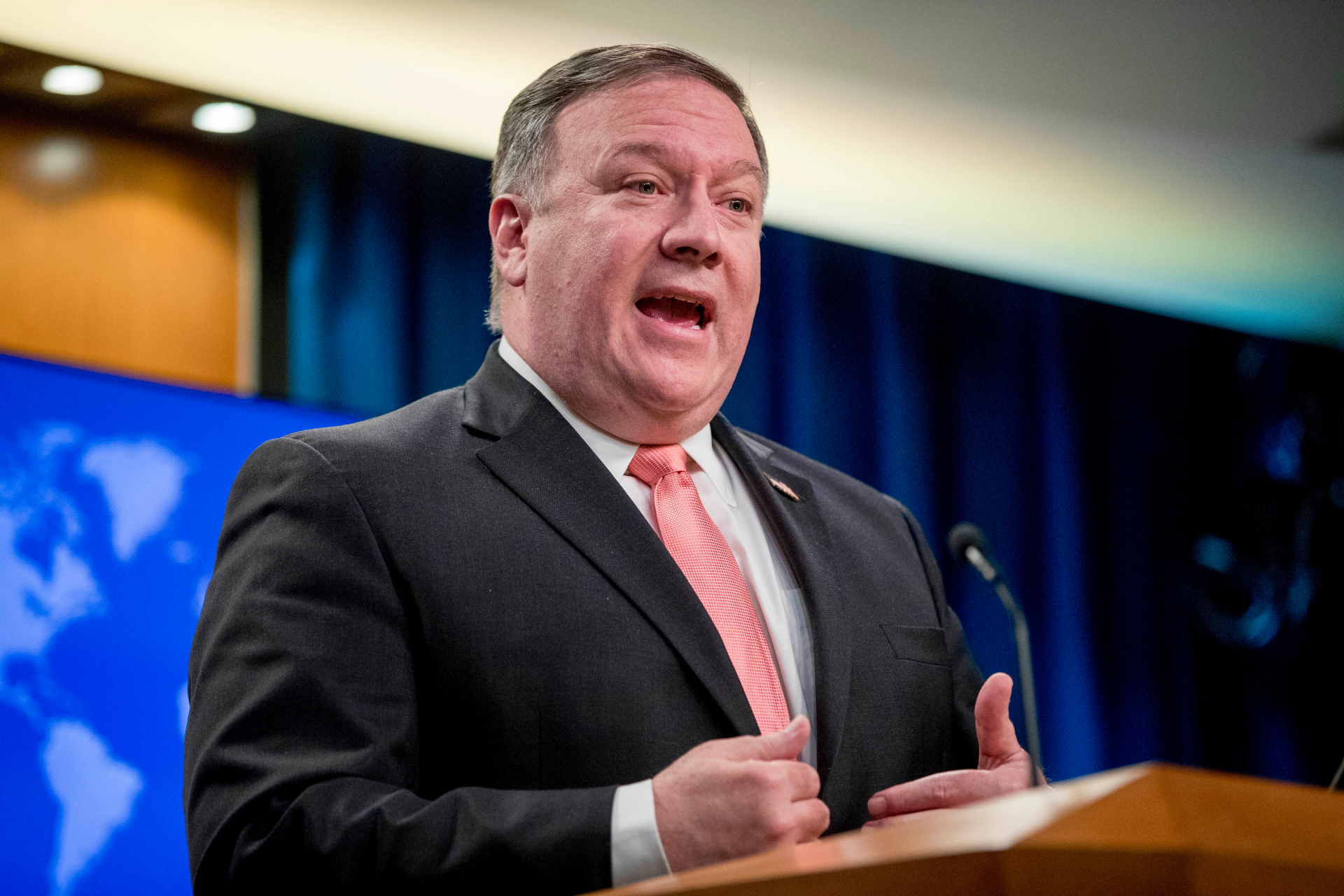 WASHINGTON — Secretary of State Mike Pompeo told senators Wednesday that America’s national security interests are at stake as they consider a vote to halt U.S. involvement in the Saudi-led war in Yemen.

In prepared remarks released ahead of a closed-door Senate briefing, Pompeo said diplomatic efforts to end the conflict were underway.

“The suffering in Yemen grieves me, but if the United States of America was not involved in Yemen, it would be a hell of a lot worse,” Pompeo said.

It’s unclear if that message will be enough for senators, who have grown increasingly uneasy with the U.S. response to Saudi Arabia after the killing of journalist Jamal Khashoggi. The briefing with Pompeo and Defense Secretary James Mattis could determine how far Congress goes in trying to punish the longtime Middle East ally.

The White House issued a veto threat of a possible Senate resolution as Pompeo and Mattis briefed the senators. A vote could happen later Wednesday but was not certain.

Senate Majority Leader Mitch McConnell said “some kind of response” was needed from the United States for the Saudis’ role in the gruesome death of Khashoggi. While U.S. intelligence officials have concluded the Saudi crown prince, Mohammed bin Salman, must have at least known of the plot, the CIA’s findings have not been made public and President Donald Trump has equivocated over who is to blame.

President Donald Trump’s national security adviser John Bolton says he did not listen to an audio recording of the killing of a Saudi journalist because he doesn’t speak Arabic. (Nov. 27)

McConnell said on Tuesday that “what obviously happened, as basically certified by the CIA, is completely abhorrent to everything the United States holds dear and stands for in the world. We’re discussing what the appropriate response would be.”

The resolution needs just a simple majority to advance, but could launch an amendment process that could play out for days in the Senate. While passage of a resolution would be a rebuke to the Saudis and the administration, it would also be a largely symbolic move as House Republican leaders have given no indication they would take up a war powers measure before the end of the year.

In his own prepared remarks, Mattis said that “we must maintain our twin requirements of holding those responsible for the murder to account, while recognizing the reality of Saudi Arabia as a necessary strategic partner.”

“We cannot be deflected from using all our influence to end this war for the good of innocent people in trouble, and ultimately the safety of our own people, and this includes our military engagement,” Mattis said.

Pompeo said U.S. involvement in the Yemen conflict is central to the Trump administration’s broader goal of containing Iranian influence in the Middle East. His language was blunt in a Wall Street Journal article published Tuesday, in which he said Khashoggi’s murder “has heightened the Capitol Hill caterwauling and media pile-on. But degrading U.S.-Saudi ties would be a grave mistake for the national security of the U.S. and its allies.”

Administration officials were able to stall a Senate effort earlier this year against the Saudi-backed conflict in Yemen, when the resolution from Sens. Bernie Sanders, I-Vt., and Mike Lee, R-Utah, fell just six votes short of passage. It drew a mix of Democrats and Republicans who have grown uneasy with U.S. involvement in the Saudi-led campaign against the Houthis in a war that human rights advocates say is subjecting civilians to indiscriminate bombing and wreaking havoc on the country.

That was before the Oct. 2 death of Khashoggi, the U.S.-educated journalist who was publicly critical of the Saudi crown prince. Senators are increasingly frustrated over the administration’s response to that killing and are particularly upset that no one from the intelligence community is attending Wednesday’s briefing.

Sen. Joe Manchin of West Virginia, one of 10 Democrats who declined to join the earlier effort against the Saudis, said Tuesday he was reconsidering his position.

The top Democrat on the Senate Foreign Relations Committee, Sen. Bob Menendez of New Jersey, will likely be in favor of the Yemen resolution, and another key member of the panel, Sen. Chris Coons, D-Del., said he was “inclined” to support it now if it came up for a vote.

Senators are getting hammered by outside groups running ads and lobbying them for action.

“What I would argue to the administration is that somehow or another there’s got to be a price to pay for what has happened,” said Sen. Bob Corker, R-Tenn., the chairman of the committee.

“My sense is, unless something happens — where they share what it is they’re going to do to deal with this injustice that has occurred — my sense is that people are going to vote to get on the bill.”

Khashoggi was killed in what U.S. officials have described as an elaborate plot at the Saudi consulate in Istanbul, which he had visited for marriage paperwork.

Trump has said it may never be known who was responsible for the killing, and in public comments — and a long and unusual statement last week — he reinforced the United States’ long-standing alliance with the Saudis. Trump has praised a pending arms deal with the kingdom that he says will provide the U.S. with jobs and lucrative payments, though some outside assessments say the economic benefits are exaggerated.

Several GOP senators, including Lindsey Graham of South Carolina and Rand Paul of Kentucky, have publicly questioned Trump’s handling of the situation. Paul is trying to block the arms sale.

“If you don’t draw the line here, where do you draw the line?” Graham asked Tuesday. He, too, supports blocking the arms sale and said giving the crown prince “a pass on murdering a critic doesn’t make the world a safer place.”