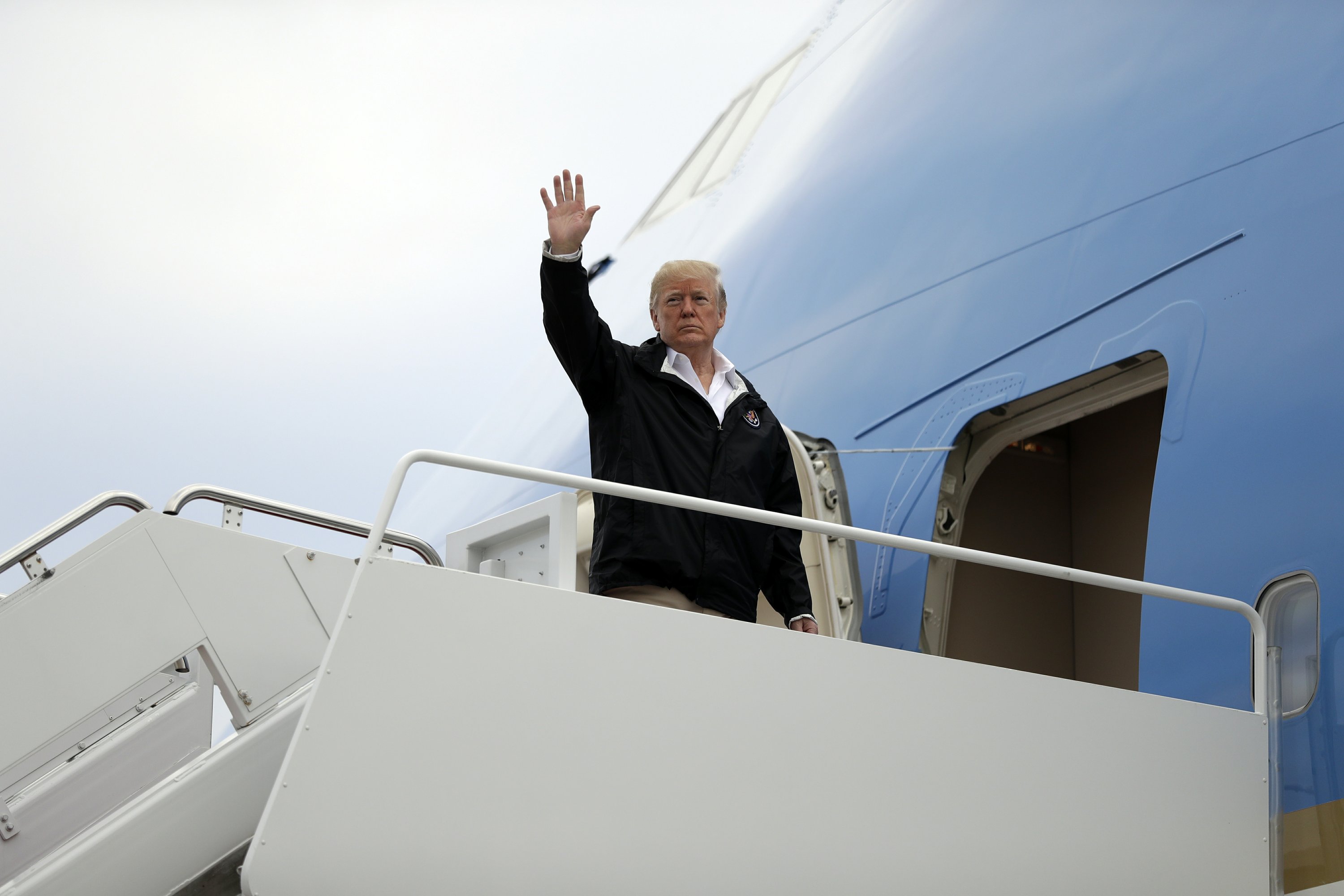 Trump departs Thursday for the Group of 20 summit in Argentina, where the homebody commander in chief will spend just 48 hours on the ground yet pack in eight high-level meetings with foreign leaders.

International summits are taxing events for any leader, but Trump has made his visit even more so by design, as the travel-averse president looks to minimize his time abroad.

The schedule this week is so tight that a scheduled one-on-one meeting with Japanese Prime Minister Shinzo Abe will morph into a “trilateral” when Indian Prime Minister Narendra Modi joins them midway.

Known for relishing routine and preferring his own bed, Trump has largely eschewed marathon trips during the second year of his presidency. That’s after some more ambitious world tours during his first year. The shift reveals not just a personal preference for where he rests his head, but also underscores the increasing isolation of the U.S. under Trump’s “America First” leadership.

Trump earlier this month canceled a planned stop in Colombia, citing unspecified scheduling concerns, but his public schedule does not reveal any significant conflicts.

It was hardly the first time Trump has sought to minimize his travels. Earlier this year, Trump scrapped a South American trip altogether, citing his need to focus on the crisis in Syria. In June, he left Singapore earlier than expected after a meeting with North Korean leader Kim Jong Un. A recent trip to Paris lasted just a weekend.

For a man who’s owned a private jet for decades, Trump has always shown a reluctance to sleep in unfamiliar places. He has stayed overnight at properties he does not own only a handful of times since taking office, and he has on at least one occasion laced into staff over his accommodations.

Three current and former White House officials said Trump has at times expressed frustration about travel overseas, and they have curtailed trips to his liking. The White House did not respond to a request for comment. All spoke on condition of anonymity to discuss internal matters.

White House aides said Trump prefers to play the role of host rather than guest on the international stage, both out of personal preference and for the symbolism. Trump relishes showing foreign leaders around the White House, delivering tours of the West Wing and Executive Mansion, and holding forth on the history of the place.

He also just enjoys the optics of having global leaders visit his home office — that oval one.

Since taking office, Trump has made eight foreign trips, four in his first year and four so far this year, not including Argentina.

His travels in his first year were more extensive and included two marathon tours — one that took him through the Middle East and Europe and one through much of Asia. He visited 13 countries and the West Bank during his first year, compared with seven countries in his second.

Trump’s travel does not match the early efforts of President Barack Obama, who made 10 trips in his first year. Obama, too, scaled back his foreign travel in his second year, with six trips.

Trump’s backers stress that even with less travel this year, he took on a major diplomatic challenge with his visit to Singapore to meet North Korean leader Kim Jong Un.

In 2018, Trump has turned considerable attention inward, embarking on an ambitious midterm campaign tour in an effort to protect Republican seats in Congress.

Taking office on an “America First” platform, Trump has always had an uneasy relationship with the world stage. While his supporters say Trump campaigned on shaking up the world order, he also has faced criticism that he is abandoning the U.S. role as a global leader.

There’s been no shortage of drama on Trump’s foreign trips.

In Paris recently for a weekend commemoration of the 100th anniversary of the end of World War I, Trump stood apart from allies. He began his visit with a tweet slamming the French president’s call for a European defense force, arrived at events alone and spent much of his trip out of sight in the American ambassador’s residence in central Paris.

Earlier this year, Trump jolted a meeting of the Group of Seven nations in Canada by agreeing to a group statement on trade, then abruptly withdrawing from it while flying to Asia. He complained that he had been blindsided by Canadian Prime Minister Justin Trudeau’s criticism of his tariff threats at a summit-ending news conference. In tweets, Trump insulted Trudeau as “dishonest” and “weak.”

While Trump has had harsh words for allies during his travels, he has often treated adversaries far more warmly, offering kind words to Kim, Russia’s Vladimir Putin and the Saudi crown prince. At a recent campaign rally, Trump said of Kim: “He wrote me beautiful letters and they’re great letters. We fell in love.”