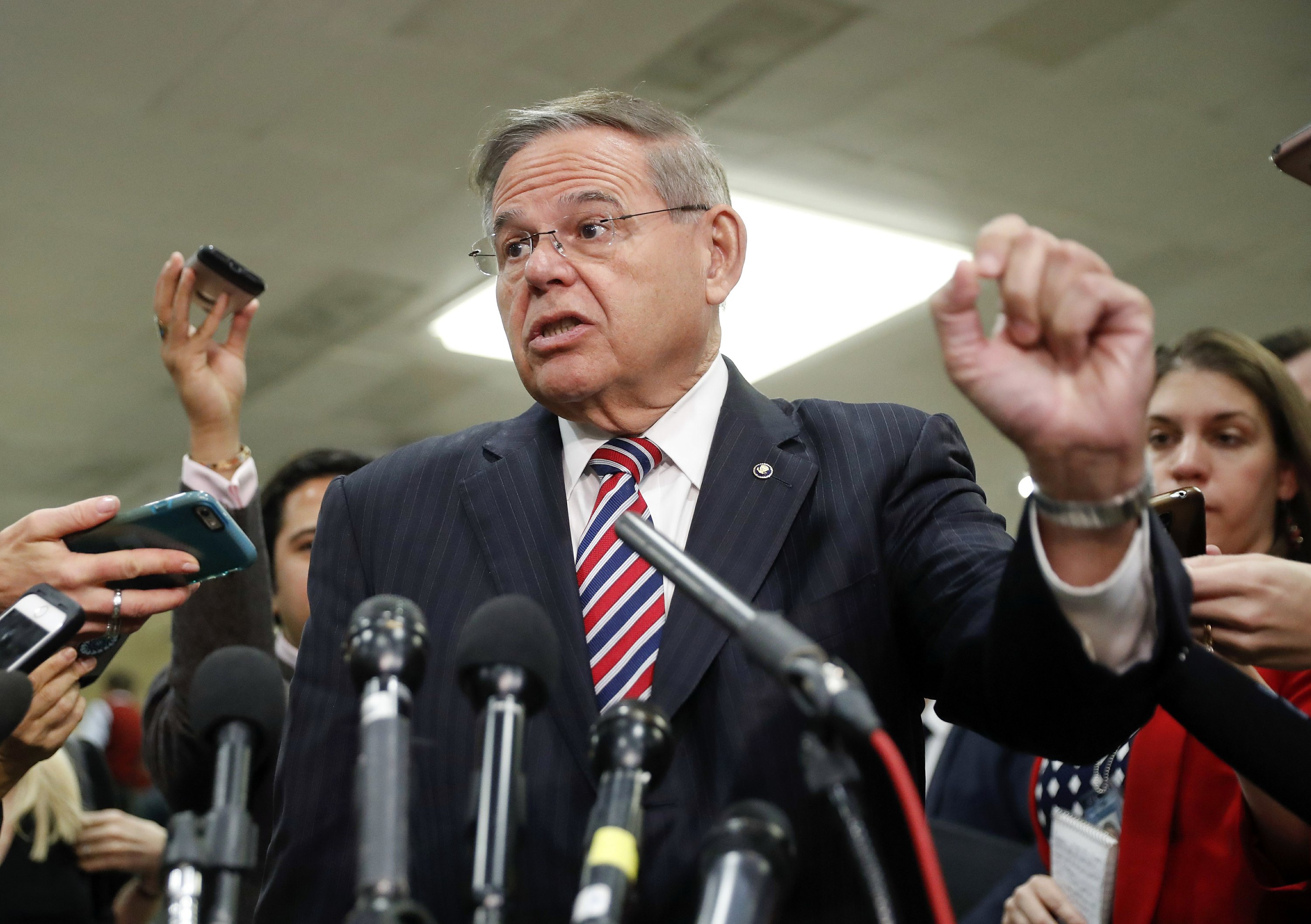 WASHINGTON — Defying President Donald Trump, senators sent a strong signal that they want to punish Saudi Arabia for its role in the murder of journalist Jamal Khashoggi. By a bipartisan 63-37 vote, the Senate opted to move forward with legislation calling for an end to U.S. involvement in the Saudi-led war in Yemen.

The vote on Wednesday was a rebuke not only to Saudi Arabia but also to Trump’s administration, which has made clear it does not want to torpedo the long-standing U.S. relationship with Riyadh over the killing.

Secretary of State Mike Pompeo and Secretary of Defense James Mattis both came to Capitol Hill to urgently lobby against the resolution, which would call for an end to U.S. military assistance for the conflict that human rights advocates say is wreaking havoc on Yemen and subjecting civilians to indiscriminate bombing.

The vote showed a significant number of Republicans were willing to break with Trump to express their deep dissatisfaction with Saudi Arabia and with the U.S. response to Khashoggi’s brutal killing in Turkey last month. U.S. intelligence officials have concluded that the Saudi crown prince, Mohammed bin Salman, must have at least known of the plot, but Trump has equivocated over who was to blame.

Lawmakers are expressing disappointment officials from the intelligence community, including CIA director Gina Haspel, were not present at a closed-door briefing over the U.S. response to the killing of Saudi journalist Jamal Khashoggi. (Nov. 28)

Khashoggi, who lived in the U.S. and wrote for The Washington Post, was publicly critical of the Saudi crown prince. He was killed in what U.S. officials have described as an elaborate plot at the Saudi consulate in Istanbul, which he had visited for marriage paperwork.

Echoing Trump’s public comments on the killing, Pompeo said after Wednesday’s briefing with senators that there was “no direct reporting” connecting the crown prince to the murder, and Mattis said there was “no smoking gun” making the connection.

Pompeo argued that the war in Yemen would be “a hell of a lot worse” if the United States were not involved.

Wednesday’s procedural vote sets up a floor debate on the resolution next week. It would be largely a symbolic move, however, as House Republican leaders have given no indication they would take up the war powers measure before the end of the year — the end of the current Congress.

Several senators said they were angry about the absence of CIA Director Gina Haspel from the pre-vote briefing.

New Jersey Sen. Bob Menendez, the top Democrat on the Senate Foreign Relations Committee, speculated that Haspel didn’t attend because she “would have said with a high degree of confidence that the crown prince of Saudi Arabia was involved in the murder of Jamal Khashoggi.”

And Lindsey Graham, the South Carolina Republican who is often strongly allied with Trump, voted to move forward with the resolution and said he would insist on a briefing from Haspel. He even threatened to withhold his vote on key measures if that didn’t happen and declared, “I’m not going to blow past this.”

CIA press secretary Timothy Barrett said that no one kept Haspel away from the briefing. He said the CIA had already briefed the Senate intelligence committee and Senate leaders and “will continue to provide updates on this important matter to policymakers and Congress.”

In another explanation, a White House official said Haspel decided not to participate in part because of frustration with lawmakers leaking classified intelligence from such settings. The official spoke on the condition of anonymity to discuss internal matters.

The procedural vote received more Republican support than had been expected after the resolution, sponsored by Republican Sen. Mike Lee of Utah and Independent Sen. Bernie Sanders of Vermont, fell six votes short of passage earlier this year.

Foreign Relations Committee Chairman Bob Corker, R-Tenn., said in the past he had “laid in the railroad tracks to keep us from doing things that I believe are against our national interest as it relates to Saudi Arabia.” But he said he believes the Senate should “figure out some way for us to send the appropriate message to Saudi Arabia that appropriately displays American values and American national interests.”

He said the crown prince “owns this death. He owns it.”

Senate Majority Leader Mitch McConnell, R-Ky., voted against moving ahead with the resolution but said a day earlier that “some kind of response” was needed from the United States for the Saudis’ role in Khashoggi’s death. On Tuesday, he said that “what obviously happened, as basically certified by the CIA, is completely abhorrent to everything the United States holds dear and stands for in the world.”

Pompeo said U.S. involvement in the Yemen conflict is central to the Trump administration’s broader goal of containing Iranian influence in the Middle East. His language was blunt in a Wall Street Journal article, writing that Khashoggi’s murder “has heightened the Capitol Hill caterwauling and media pile-on. But degrading U.S.-Saudi ties would be a grave mistake for the national security of the U.S. and its allies.”

Trump has said it may never be known who was responsible for the killing, and in public comments — and a long and unusual statement last week — he reinforced the United States’ long-standing alliance with the Saudis. Trump has praised a pending arms deal with the kingdom that he says will provide the U.S. with jobs and lucrative payments, though some outside assessments say the economic benefits are exaggerated.