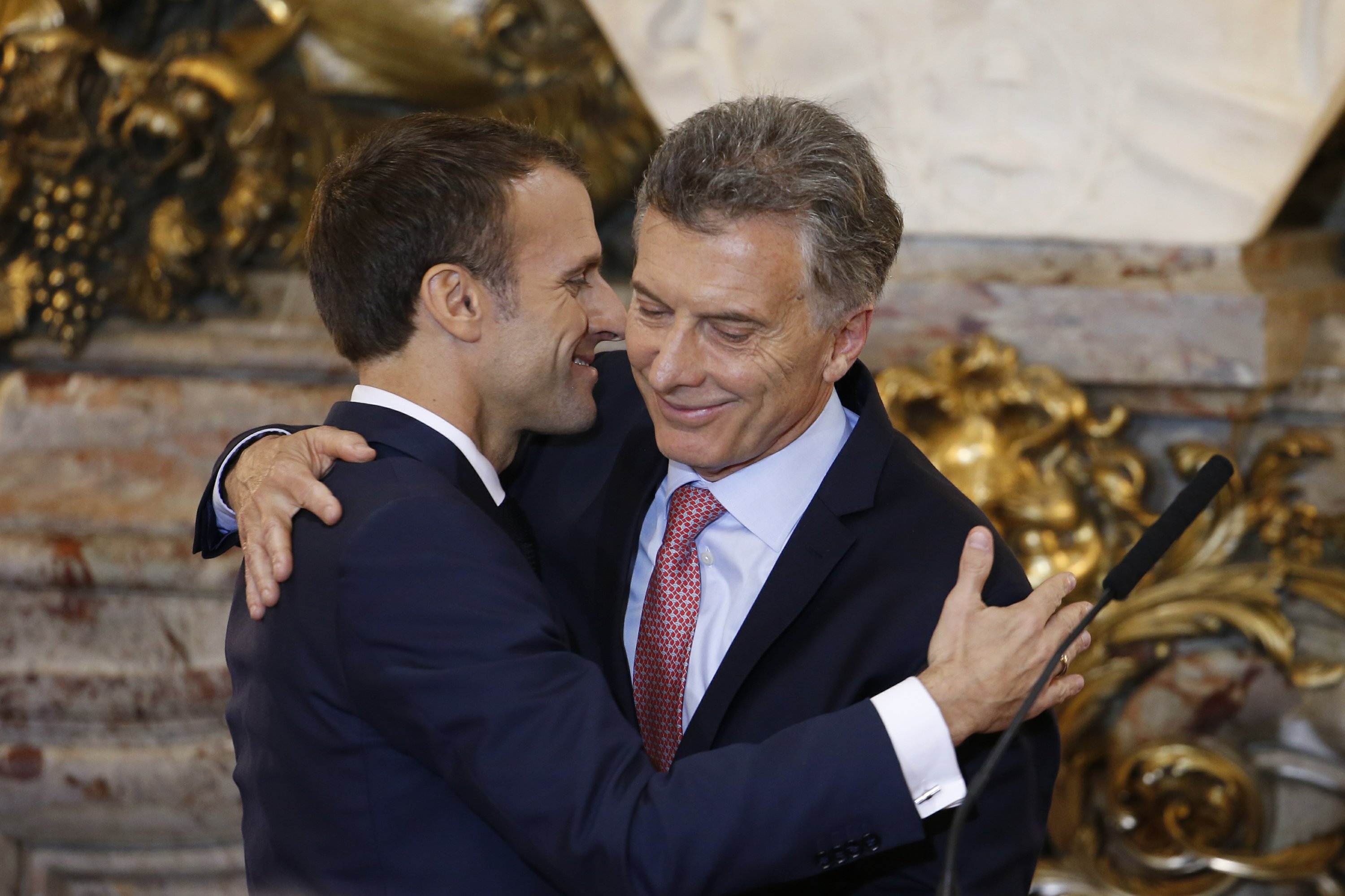 BUENOS AIRES, Argentina — Heads of state from the world’s leading economies were invited to the Group of 20 summit to discuss issues like development, infrastructure and investment. As the gathering officially kicks off Friday, those themes seem like afterthoughts, overshadowed by contentious matters from the U.S.-China trade dispute to the conflict over Ukraine.

Also expected to loom large amid dozens of bilateral meetings in Argentina’s capital: the tensions between longtime allies the United States and Europe, the gruesome slaying of a dissident Saudi journalist in the country’s Istanbul consulate and how the Saudi crown prince who is alleged to have ordered the killing is received by world leaders.

The United States, Canada and Mexico also are supposed to sign a trade deal replacing the North American Free Trade Agreement that was struck following months of tough negotiations that analysts say left a bitter taste among the partners.

“The G-20 Leaders’ Summit is at risk of falling into disarray with the summit being overshadowed by items not on agenda,” said Thomas Bernes of the Centre for International Governance Innovation, a Canada-based think tank. “The true test will be whether the other members of the G-20 will act resolutely or whether we will witness the crumbling of the G-20 as a forum for international economic cooperation.”

President Donald Trump says the U.S. is “very close” to a deal with China on tariffs, but he adds that “I don’t know that I want to do it.” (Nov. 29)

French President Emmanuel Macron, one of the earliest arrivals, called on Thursday for international involvement and “complete clarity” in investigations into the killing of Saudi columnist Jamal Khashoggi, and he said European leaders should discuss it at a meeting Friday.

The summit’s host, Argentine President Mauricio Macri, said the matter would be “on the table” during bilateral and possibly broader meetings.

Saudi Arabia has denied that Crown Prince Mohammed bin Salman played a role, but some leaders may be cool toward him to avoid seeming to legitimize a man who U.S. intelligence agencies concluded ordered the killing. U.S. President Donald Trump’s administration has made clear it does not want to torpedo the longstanding U.S. relationship with Riyadh, however.

It is bin Salman’s first significant appearance overseas since the killing. Turkish President Recep Tayyip Erdogan, who has been sharply critical of Saudi Arabia over the incident, is also in attendance.

“Given the role that Turkey has played in this, given that the murder happened at the Saudi consulate in Istanbul, this will be an interesting meeting,” said Willis Sparks, director of global macro politics at Eurasia Group. “Just to see how leaders interact with the crown prince will be interesting — how warm they are. I expect Trump to be very warm with him, but European leaders probably are going to be very reluctant to have their pictures taken with him.”

An expected high-profile bilateral meeting between Trump and Russia’s Vladimir Putin planned for Saturday was abruptly canceled by Trump in a tweet citing Russia’s seizure of Ukrainian vessels over the weekend. Russian news agencies quoted Putin spokesman Dmitry Peskov as saying the cancellation means Putin will have more time for “useful meetings.”

Trump was still scheduled to meet with Chinese President Xi Jinping, but analysts were not optimistic about prospects for a major breakthrough on the two countries’ trade disputes a month before U.S. tariffs on Chinese goods are set to ramp up.

The U.S., Canada and Mexico are expected to sign the new United States-Mexico-Canada Agreement that is replacing NAFTA during a ceremony Friday. There had been speculation that Canadian Prime Minister Justin Trudeau might not attend and send his foreign minister to sign instead if Trump did not lift steel and aluminum tariffs, but Trudeau’s press secretary confirmed Thursday night that he would be at the ceremony.

Taking the world stage at the G-20 could be welcome relief for some leaders dealing with challenges back home.

Macron has faced mass protests in France over rising fuel taxes that are the biggest challenge yet to his presidency, though his party dominates parliament and he doesn’t face re-election until 2022. At the summit he has sought to fashion himself as the anti-Trump — a champion of the Paris climate accord, defender of the postwar system of global trade and crusader against multinational tax evaders.

British Prime Minister Theresa May is fighting for political survival as she tries to pull her country out of the European Union. Germany’s Angela Merkel is preparing to leave politics after announcing last month she would give up leadership of her party, a post she has held since 2000. Italy’s Giuseppe Conte heads a populist coalition that is clashing with the EU and suffers internal divisions.

Merkel was supposed to get in to Buenos Aires early Friday, but her arrival was delayed after her plane suffered a technical problem and returned to Germany on Thursday night.

The British Embassy in Argentina said May’s visit would be the first by a U.K. prime minister to Buenos Aires. The only other prime minister to visit the country was Tony Blair, who went to Puerto Iguazu in 2001. The two countries have long been at odds over the South Atlantic islands known as the Falklands in Britain and the Malvinas in Argentina.

Michael Shifter, head of the Inter-American Dialogue, a Washington-based think tank, said this G-20 summit was once considered an opportunity for Latin American members Argentina, Brazil and Mexico “to project a regional bloc to shape a global agenda.”

But now “the fact that the G-20 is taking place in South America for the first time is almost beside the point,” Shifter said, noting that Macri has lowered expectations for the event. “Now a success would be a summit meeting that goes smoothly, without any major disruption.”