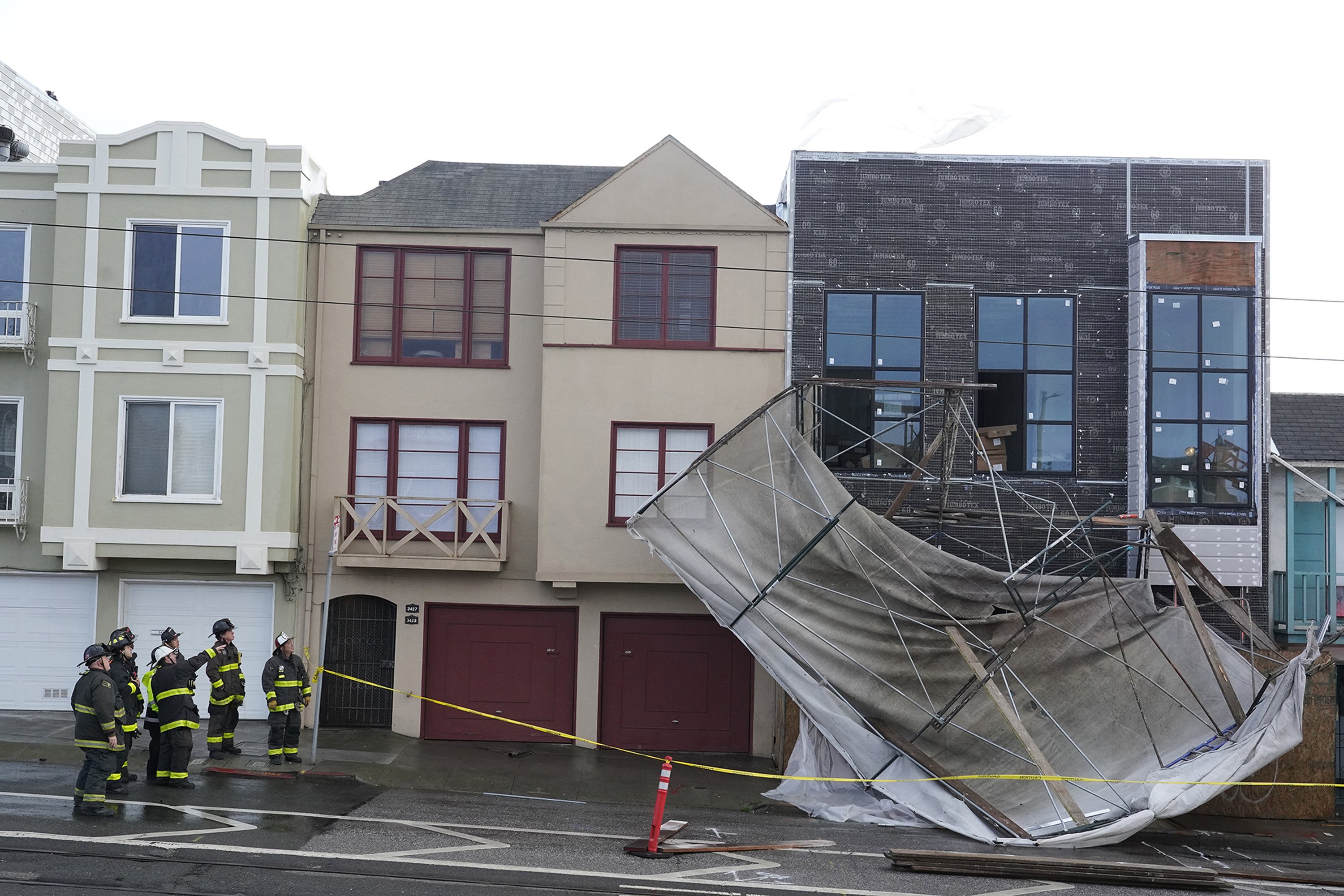 SAN FRANCISCO — Flash-flooding hit a wildfire-scarred area of Northern California on Thursday and swift water rescue teams were deployed to help people stranded in vehicles after a downpour in the Paradise area, officials said.

The Butte County Sheriff’s Department ordered evacuations but could not say how many people were affected.

People were being taken to a church in Chico.

Rick Carhart, a spokesman with the California Department of Forestry and Fire Protection, said there were also reports of flash-flooding in areas that were not burned.

Carhart said it’s not clear how many people were trapped, but authorities received reports of flooding on roads and of downed trees and utility poles.

“The roots and the bottoms of the utilities poles are just kind of swimming,” he said.

“It rained really hard in a short amount of time and this whole thing came up really quickly,” he said.

Butte County Sheriff’s Sgt. Brad Meyer told television stations KHSL/KNVN in Chico that about a dozen homes are affected and rafts are being used to rescue people from water that is a couple of feet deep.

“It is serious. The water is coming up so we want to make sure we get everybody out that we can,” Meyer said.

Emergency response crews previously cleared a tree that toppled in the town of Magalia, but no other reports of damage had been received after an inch of rain fell overnight in the burn zone about 140 miles (225 kilometers) northeast of San Francisco.

Paradise, a town of 27,000 people, has been under mandatory evacuation orders for nearly three weeks since a wildfire killed at least 88 people and destroyed thousands of homes.

Residents could begin returning early next week, but only if the storm doesn’t hinder efforts to clear roads and restore power, said Sheriff Kory Honea.

No major problems were reported in burn zones in Southern California early Thursday, but numerous traffic accidents occurred on slick Los Angeles-area freeways and most vehicles traveling in the mountains were ordered to put chains on their tires.

On the coast near Big Sur, the California Department of Transportation closed a 12-mile (19-kilometer) stretch of Highway 1 because of potential instability.

The scenic route perched between towering mountainsides and the ocean has been dogged by slides since 2016. But the one that hit in May 2017 was monumental, requiring extensive work to rebuild the highway.

In Southern California, residents were urged to voluntarily evacuate a string of neighborhoods about 45 miles (70 kilometers) southeast of Los Angeles along a flank of the Santa Ana Mountains where a fire burned thousands of acres last summer. Mandatory evacuations were ordered for a small section of the city of Lake Elsinore beneath a burn zone.

West of Los Angeles, rain fell heavily at times in vast areas burned by fires this month and last December — an area where there are strong memories of a January downpour that unleashed devastating debris flows through the community of Montecito that killed 21 people and left two missing.

In the zone that burned this month, the city of Malibu warned of rocks falling on canyon roads and Pepperdine University closed its campus.

The weather service also issued a backcountry avalanche warning for most of the central Sierra, including the Lake Tahoe area.