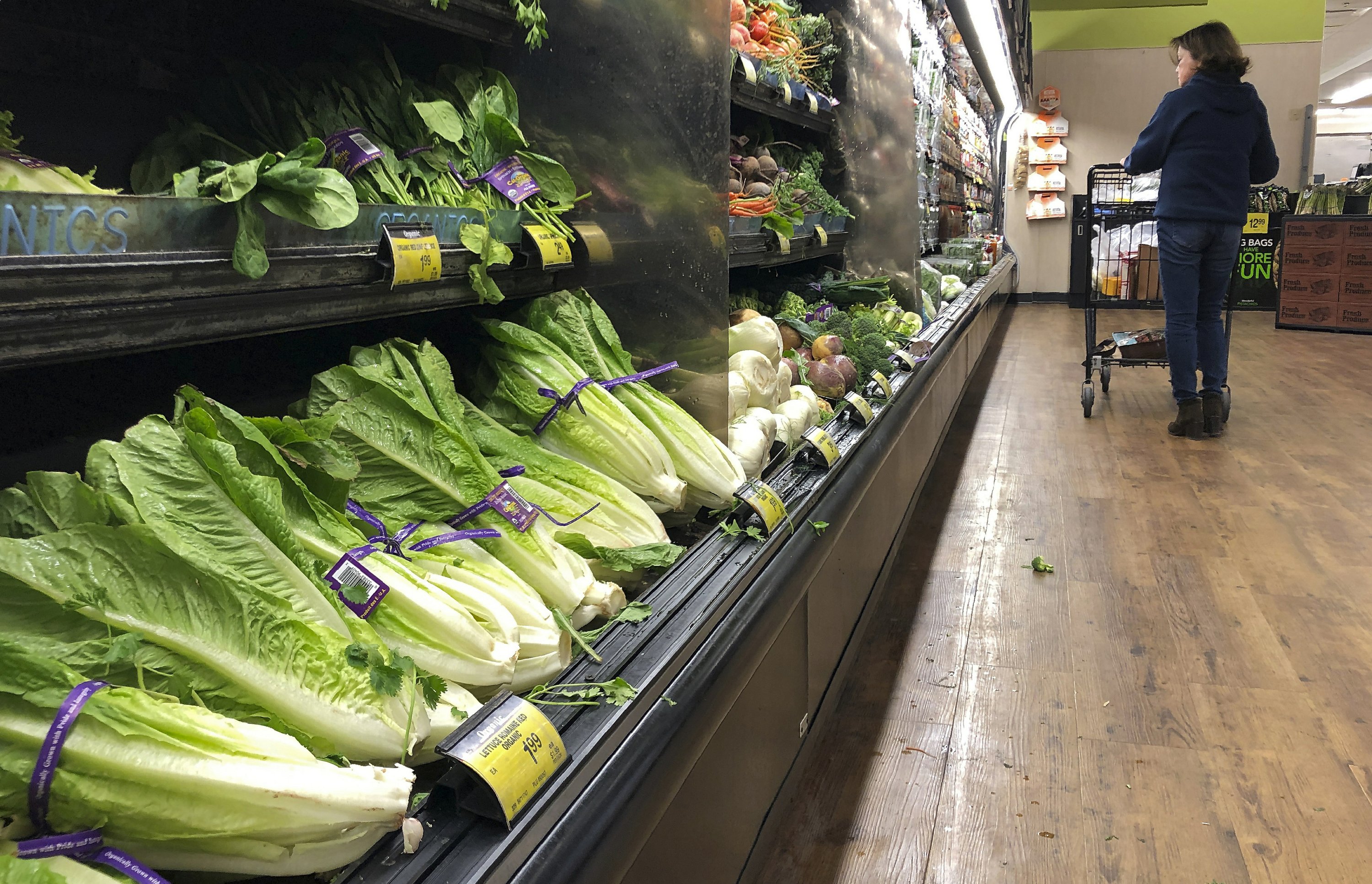 NEW YORK — After repeated food poisoning outbreaks linked to romaine lettuce, the produce industry is confronting the failure of its own safety measures in preventing contaminations.

The E. coli outbreak announced just before Thanksgiving follows one in the spring that sickened more than 200 people and killed five, and another last year that sickened 25 and killed one. No deaths have been reported in the latest outbreak, but the dozens of illnesses highlight the challenge of eliminating risk for vegetables grown in open fields and eaten raw, the role of nearby cattle operations that produce huge volumes of manure and the delay of stricter federal food safety regulations.

A contested aspect of the regulation, for example, would require testing irrigation water for E. coli. The Food and Drug Administration put the measure on hold when the produce industry said such tests wouldn’t necessarily help prevent outbreaks. Additional regulations on sanitation for workers and equipment — other potential sources of contamination — only recently started being implemented.

FDA Commissioner Scott Gottlieb said he thinks the combination of rules, once fully in place, will make vegetables safer to eat.

“I don’t think any one element of this is going to be the magic bullet,” Gottlieb said.

It’s not yet known how romaine got contaminated in the latest outbreak.

The spring outbreak was traced to romaine from Yuma, Arizona. Irrigation water tainted with manure was identified as a likely culprit, and investigators noted the presence of a large animal feeding operation nearby.

Subsequently, an industry agreement in Arizona and California was adjusted to expand buffer zones between vegetable fields and livestock. The industry says the change was in place for lettuce now being grown in Yuma, which hasn’t been implicated in the latest outbreak. But Trevor Suslow of the Produce Marketing Association said there isn’t consensus about the exact distances that might effectively prevent contamination.

“They look to the industry to determine what is the appropriate distance,” Suslow said.

Growers in Yuma also started treating irrigation water that would touch plant leaves with chlorine to kill potential contaminants, Suslow said. But he said such treatment raises concerns about soil and human health.

Meanwhile, the proximity of produce fields to cattle operations is likely to continue posing a problem. Travis Forgues of the milk producer Organic Valley noted consolidation in the dairy industry is leading to bigger livestock operations that produce massive volumes of manure.

But James Rogers, director of food safety research at Consumer Reports, said it’s important to make water testing a federal requirement. Since romaine is often chopped up and bagged, a single contaminated batch from one farm that skips testing could make a lot of people sick, he said.

Despite industry measures implemented after a spinach outbreak more than a decade ago, health officials noted this month there have been 28 E. coli outbreaks linked to leafy greens since 2009.

The produce industry says the failure to prevent the Yuma outbreak could also reflect the limitations of testing water for generic E. coli.

Elizabeth Binh, a food science expert at Cornell University, said the tests look for the amount of fecal matter in water. The problem is, “some feces has pathogens in it, some feces doesn’t,” said Binh, who is part of a federal program helping farmers comply with the new produce regulations.

Testing for specific E. coli strains that are harmful is more difficult, and it doesn’t rule out the possibility of other harmful bacteria, Binh said.

Whole-genome sequencing is making it easier to detect outbreaks, which is pressuring the produce industry.

The FDA warned against all romaine last week because it said it was able to identify it as a likely source early enough. The agency narrowed its warning to romaine from California’s Central Coast after the produce industry agreed to label romaine with harvest dates and regions, so people know what’s OK to eat.

The labeling is voluntary, and the industry said it will evaluate whether to extend it to other leafy greens. Gottlieb said improving traceability would allow targeted health alerts that don’t hurt the entire industry. The FDA recently hired a former Walmart executive who used blockchain technology to improve traceability in the retailer’s supply chain.

“Anytime there is an issue, the immediate response is saying our protocols aren’t enough,” he said.