Trump can rail against Powell, but he can’t fire him 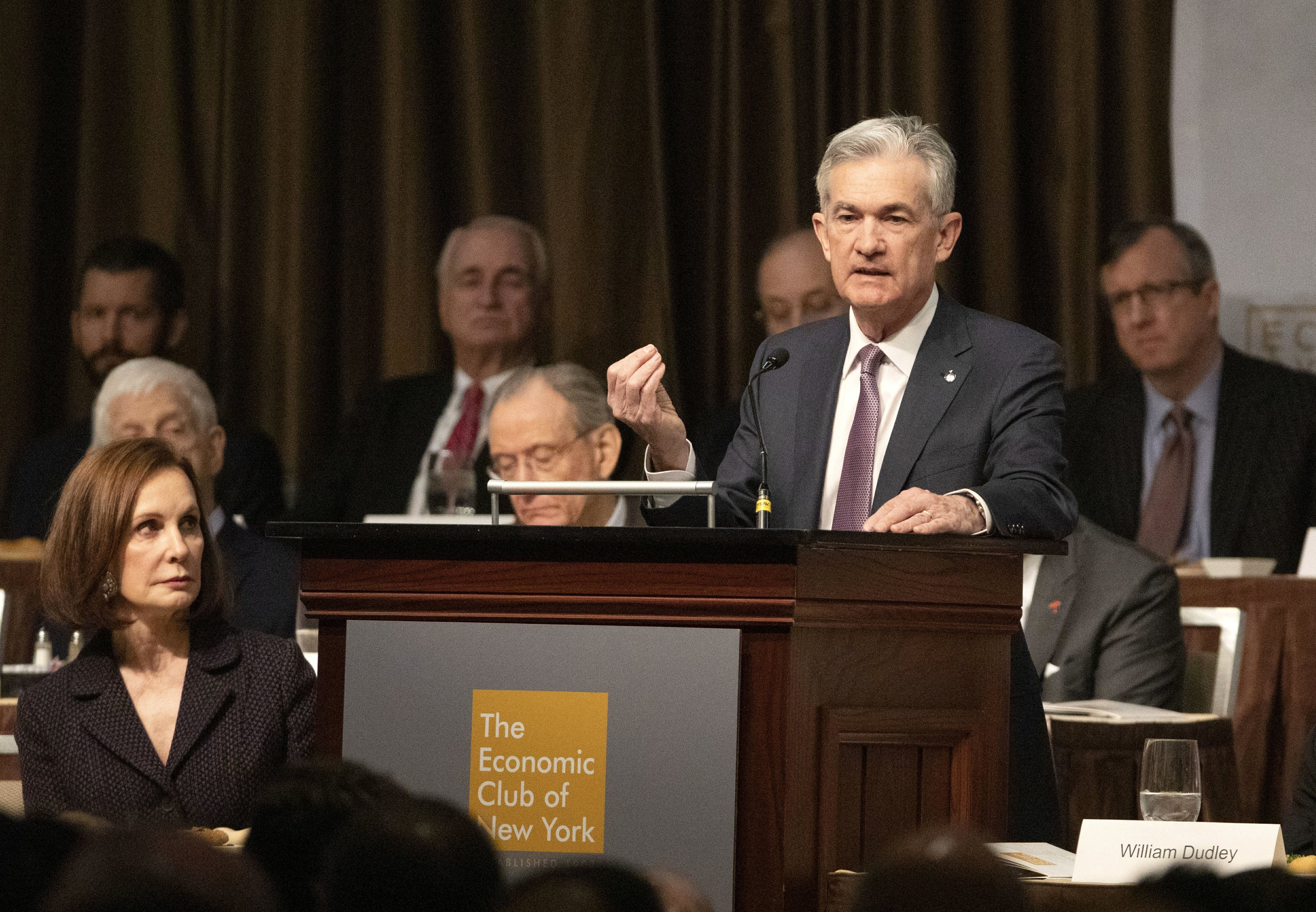 WASHINGTON — Jerome Powell, the man President Donald Trump chose last year to lead the Federal Reserve, may at times think he’s living through a prolonged episode of the “The Apprentice,” the reality TV show in which Trump was famous for declaring, “You’re fired!”

Trump in recent weeks has repeatedly attacked the Fed — and Powell personally — for the central bank’s interest rate increases, which the president has blamed for stock market turmoil and signs of economic weakness. Critics have expressed worry that the president’s attacks threaten the Fed’s ability to operate free of political pressure.

Trump has even been asked whether he would try to oust Powell. He said he wouldn’t.

No Fed chairman has ever been removed by a president. The law creating the Fed says its officials and those of other independent agencies can be “removed for cause” by a president. While that issue has never arisen in regard to a Fed official, the courts ruled decades ago that “for cause” meant more than a policy disagreement with the president.

Trump has been attacking Powell since last summer as the central bank was raising rates, and the criticism escalated last month as the stock market took a nosedive. In his latest comments Tuesday, Trump blamed the Fed not only for the stock market’s declines but also for General Motors’ announcement this week of jobs cuts and plant closings.

“I’m doing deals, and I’m not being accommodated by the Fed,” he said in an interview with the Washington Post. “They’re making a mistake because I have a gut, and my gut tells me more sometimes than anybody else’s brain can ever tell me.”

The president last year selected Powell, at the time a Fed board member, to lead the central bank after a highly public selection process in which he chose not to offer a second term to Chair Janet Yellen.

In the Post interview, Trump said, “I’m not blaming anybody, but I’m just telling you, I think that the Fed is way off-base with what they’re doing.”

Trump’s blunt public criticism of the Fed is without precedent. His predecessors in the White House took care not to directly or publicly attack the central bank’s rate policy. For one thing, such criticism could backfire. Investors might, for example, question whether the Fed would feel free to keep raising rates, if it felt it necessary to control inflation.

In a speech Wednesday to the Economic Club of New York, Powell made no mention of Trump’s criticism, and he wasn’t asked about it during a question period with economists afterward. In the past when reporters have raised the issue of the president’s complaints, Powell has said they would have no effect on the Fed’s rate policy. He has noted that the Fed has a dual mandate: To maximize employment and keep prices stable.

“I am pleased to say,” Powell said Wednesday, “that our economy is now close to both of those objectives.”

From its beginning, the Fed was designed to insulate it from political pressures. A full term on the seven-member Fed board lasts 14 years — a lengthy period that was seen as liberating Fed officials from any fear that their rate decisions might cost them their jobs.

Though no Fed chairman has ever been fired by a president, some were denied a second four-year term. President Jimmy Carter, for example, in 1979 removed G. William Miller as chairman by offering him the job of Treasury secretary. That gave Carter an opening to make Paul Volcker the Fed chairman, someone the Carter administration regarded as better equipped to combat high inflation.

And while no president has ever been anywhere as openly critical of the Fed as Trump, some have occasionally tried to exert pressure behind the scenes. President Lyndon Johnson once invited Chairman William McChesney Martin to his Texas ranch to try to persuade him not to raise rates. It didn’t work.

The last president to voice criticism in public was George H.W. Bush. Bush blamed, in part, Alan Greenspan’s slowness in cutting rates for Bush’s failed run for a second term in 1992. But Bush’s complaint about the Fed occurred years after he had left office.

While campaigning for president in 2016, Trump had been critical of the Yellen Fed, contending that under her, the central bank was keeping rates abnormally low to try to help Democrats. Until last summer, though, he had withheld criticism of the Powell Fed’s rate hikes.

But with the market’s slump, his attacks have escalated. Trump has charged that the Fed is “going wild” and “going loco” and that the rate hikes are threatening to ruin the economic gains generated by his policies, including last year’s tax cuts.

The president’s criticism has been so steady that it has even spawned reports that he is upset with Treasury Secretary Steven Mnuchin for having advocated Powell for the top Fed job.

But in discussing his choice of Powell last year, Trump said Tuesday: “Look, I took recommendations. I’m not blaming anybody.”