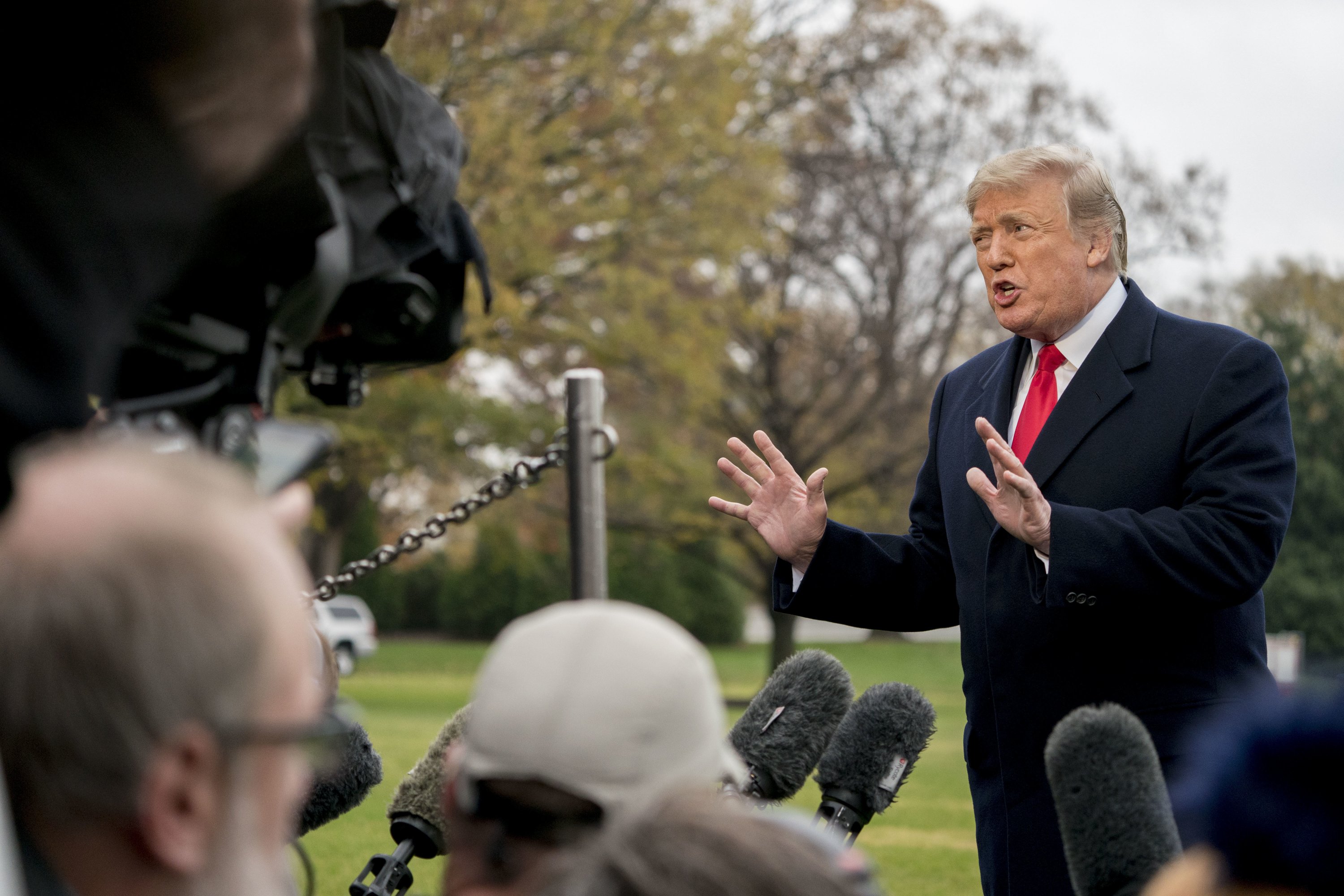 WASHINGTON — President Donald Trump has moved steadily to dismantle Obama administration efforts to rein in coal, oil and gas emissions, even as warnings grow — from his own administration and others — about the devastating impact of climate change on the U.S. economy as well as the Earth.

Trump has dismissed his administration’s warnings about the impact of climate change, including a forecast released Friday that it could lead to economic losses of hundreds of billions of dollars a year by the end of the century.

“As to whether or not it’s man-made and whether or not the effects that you’re talking about are there, I don’t see it,” he said in an interview Tuesday with The Washington Post.

Trump’s position has been that efforts to combat the emissions that cause climate change have hurt the U.S. economy.

Announcing the U.S. withdrawal from the Paris global climate accord in June 2017, he said, “The Paris Climate Accord is simply the latest example of Washington entering into an agreement that disadvantages the United States to the exclusive benefit of other countries, leaving American workers — who I love — and taxpayers to absorb the cost in terms of lost jobs, lower wages, shuttered factories, and vastly diminished economic production.”

An email obtained by The Associated Press under the Freedom of Information Act shows the administration withdrew from the Paris agreement with no clear climate policy in place.

“All, the purpose of this meeting is to explore whether, post Paris, we need to develop, or simply piece together from what already exists, a policy proposal that can be characterized as the “Trump climate policy,” Michael Catanzaro, a former oil and gas lobbyist then serving as Trump’s energy and environment consultant, wrote to White House and Environmental Protection Agency officials days after the president’s announcement.

The EPA did not respond to requests for details on the meeting, or on any subsequent Trump climate policy.

In an email Wednesday, the State Department noted that the United States is still taking part in global climate talks, despite pulling out of the Paris accord.

That includes a State Department delegation to U.N. climate talks starting next week in Poland, in follow-up to the Paris talks.

“The United States continues to participate in ongoing international climate negotiations_including those related to guidance for implementing the Paris Agreement_to ensure a level playing field that benefits the United States, its workers, and its taxpayers,” the department said in a statement.

The initial shock of the abrupt U.S. retreat from the Paris accord galvanized international support for climate efforts, said Nigel Purvis, who worked on climate issues in the Clinton and George W. Bush administrations.

It “brought other nations even closer together and they’re even more committed,” Purvis said. In the longer term, though, the Trump administration’s retreat on climate change may hurt, showing governments and companies they can flout global concerns about coal, oil and gas emissions and not be held accountable, he said.

At home, the Trump administration has initiated a rollback of a complex Obama-era effort to power the nation’s electrical grid with more renewable energy and less climate-altering coal.

“We are putting our great coal miners back to work!” Trump told a cheering crowd in West Virginia this summer, touting that rollback. Many economists challenge his claim, arguing that cheaper natural gas and other market forces will mean the continued downward slump of the U.S. coal industry.

The Obama plan had aimed at cutting U.S. emissions of climate-changing carbon dioxide about one-third by 2030.

Separately, the country’s auto industry already is adjusting to the Trump administration’s announcement in August that it would ease Obama-era mileage standards.

In October, almost 65 percent of new vehicles sold in the U.S. were trucks or SUVs.

Reporters asked General Motors CEO Mary Barra this week if the Trump administration’s relaxation of the fuel economy standards played into the automaker’s announcement that it may close up to five North American car plants. “We intend on meeting the standards whatever they are,” Barra responded.

California and more than a dozen other states have sued to try to stop the relaxation of mileage standards.

In September, the Trump administration proposed relaxing 2016 rules that would have required companies to do more to detect and plug methane leaks at oil and gas installations.

Methane is the primary component of natural gas, and one of the most potent pollutants when it comes to trapping heat in the atmosphere.