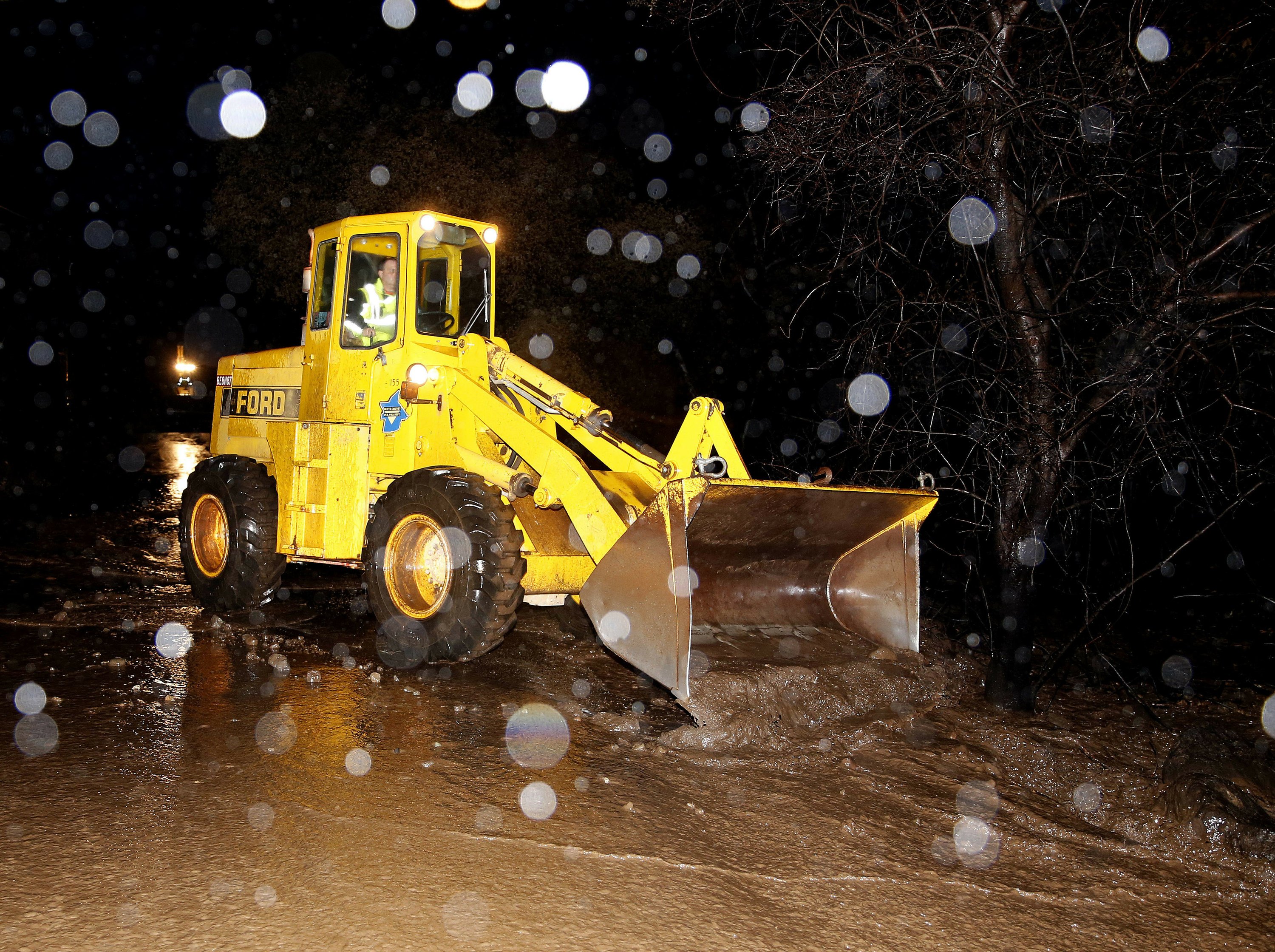 Word, a firmware engineer, waded through thigh-high water to higher ground in his semi-rural Chico neighborhood — stunned by the disasters that have hit Butte County. The recent fire came within several hundred feet of his home, which is about 140 miles (225 kilometers) northeast of San Francisco.

“Everywhere you go you’re talking to people who have lost everything and it’s just tragic,” Word said. He jokingly added, “It feels like the Four Horsemen of the Apocalypse are going to come riding over the hill any day now.”

The sheriff’s department ordered evacuations but could not say how many people were affected. The water rescues were in Chico, where many of the fire evacuees from Paradise are staying.

First responders from the Los Angeles Fire Department lifted a man from a rain-swollen river to the safety of their helicopter on Thursday. The man was taken to a local hospital conscious and suffering from hypothermia, fire officials said. (Nov. 29)

Paradise has been under mandatory evacuation orders for nearly three weeks since the firestorm killed at least 88 people and destroyed nearly 14,000 homes.

In Southern California, authorities ordered evacuations in a small Malibu community within a wildfire burn zone where a mudslide blocked streets amid the heavy rains. No major damage was reported by the time flood warnings and watches expired.

The storm knocked out power and flooded roadways across greater Los Angeles. Numerous traffic accidents occurred on slick freeways and most vehicles traveling in the mountains were ordered to put chains on their tires. Mud and rock slides also closed two mountain highways.

Residents were urged to voluntarily evacuate a string of neighborhoods about 45 miles (70 kilometers) southeast of Los Angeles along a flank of the Santa Ana Mountains where a fire burned thousands of acres last summer. Mandatory evacuations were ordered for parts of the city of Lake Elsinore beneath charred hillsides where there were heavy debris flows but no significant damage.

West of Los Angeles, no major problems were reported after rain fell heavily at times in vast areas burned by fires this month and last December — an area where there are strong memories of a January downpour that unleashed devastating debris flows through the community of Montecito that killed 21 people and left two missing.

On the coast near Big Sur, the California Department of Transportation closed a 12-mile (19-kilometer) stretch of Highway 1 because of potential instability.

The weather service also issued a backcountry avalanche warning for most of the central Sierra, including the Lake Tahoe area.