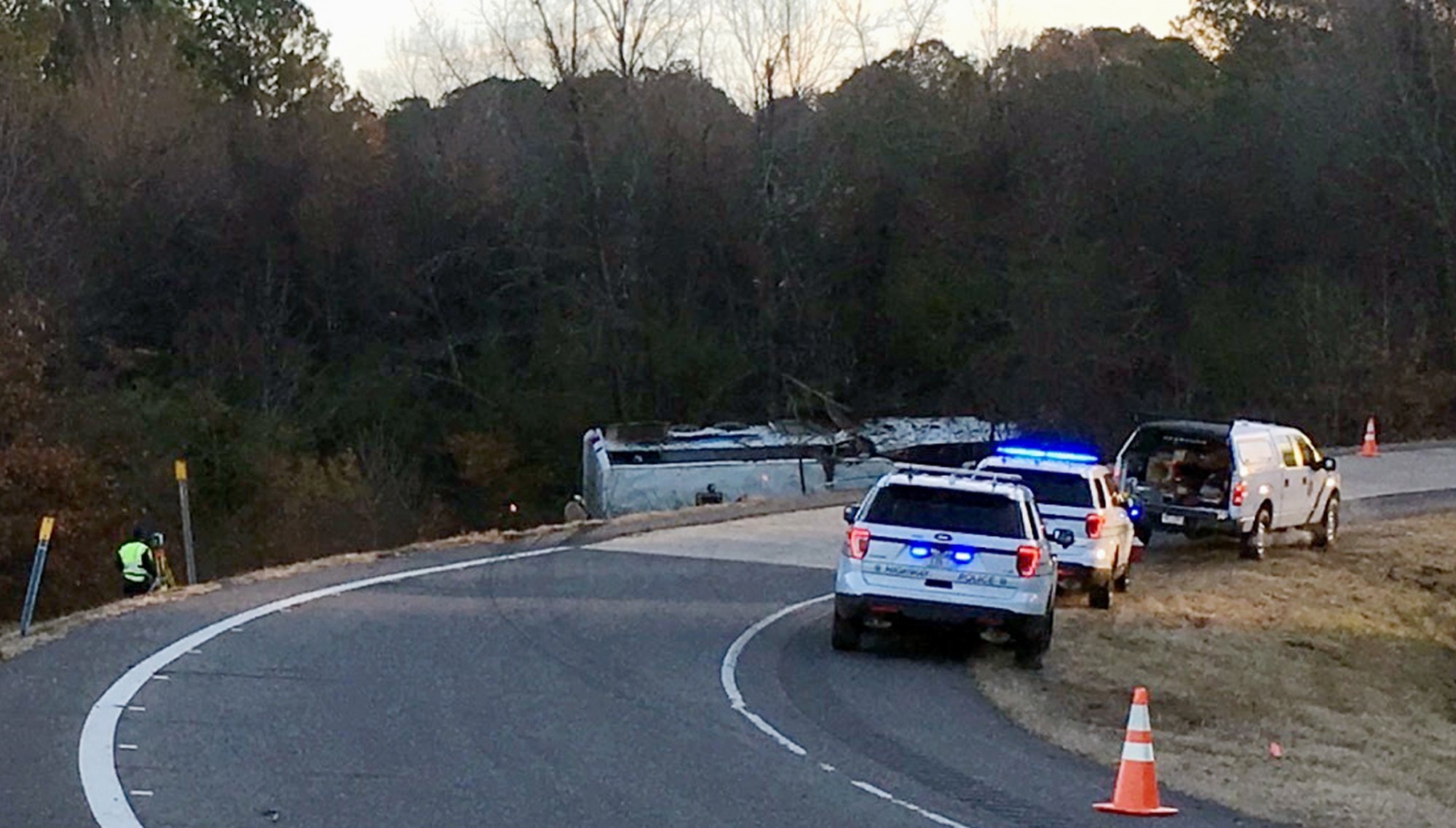 Arkansas State Police said the bus overturned along Interstate 30 near Benton, about 25 miles (40 kilometers) southwest of Little Rock, while traveling from Texas to Memphis, Tennessee. Police said most of the injured were children who were taken to hospitals in Little Rock and Benton.

No information was immediately released about the severity of the injuries. Live video from the scene shows the heavily damaged bus on its side in an embankment near an exit that has a sharp curve leaving the interstate. Police said the bus driver was being questioned by troopers.

The football team was from the Orange Mound Youth Association in Tennessee and had played in a tournament in Dallas over the weekend, according to Memphis TV station WMC. The TV station reports the children are elementary-school age.

Orange Mound is a historically black neighborhood in southeast Memphis that comes together around its youth football teams, where kids train to be part of the highly competitive Melrose High School squad.

The community was created after the Civil War by and for African-Americans, and black-owned businesses flourished there until desegregation enabled residents to live elsewhere. Chronic disinvestment brought widespread crime and poverty.

Arkansas Children’s Hospital in Little Rock said it received 24 patients following the morning crash. The hospital said all the patients were in stable condition, though no additional information about the injuries has been released. The hospital said it has set up a family center so parents can reunite with their children.

“On behalf of all Memphians, our hearts and prayers go out to the Orange Mound children and their families involved in this morning’s tragic bus accident in Arkansas,” Memphis Mayor Jim Strickland said in a statement.