Bush hailed across party and global lines as man of decency 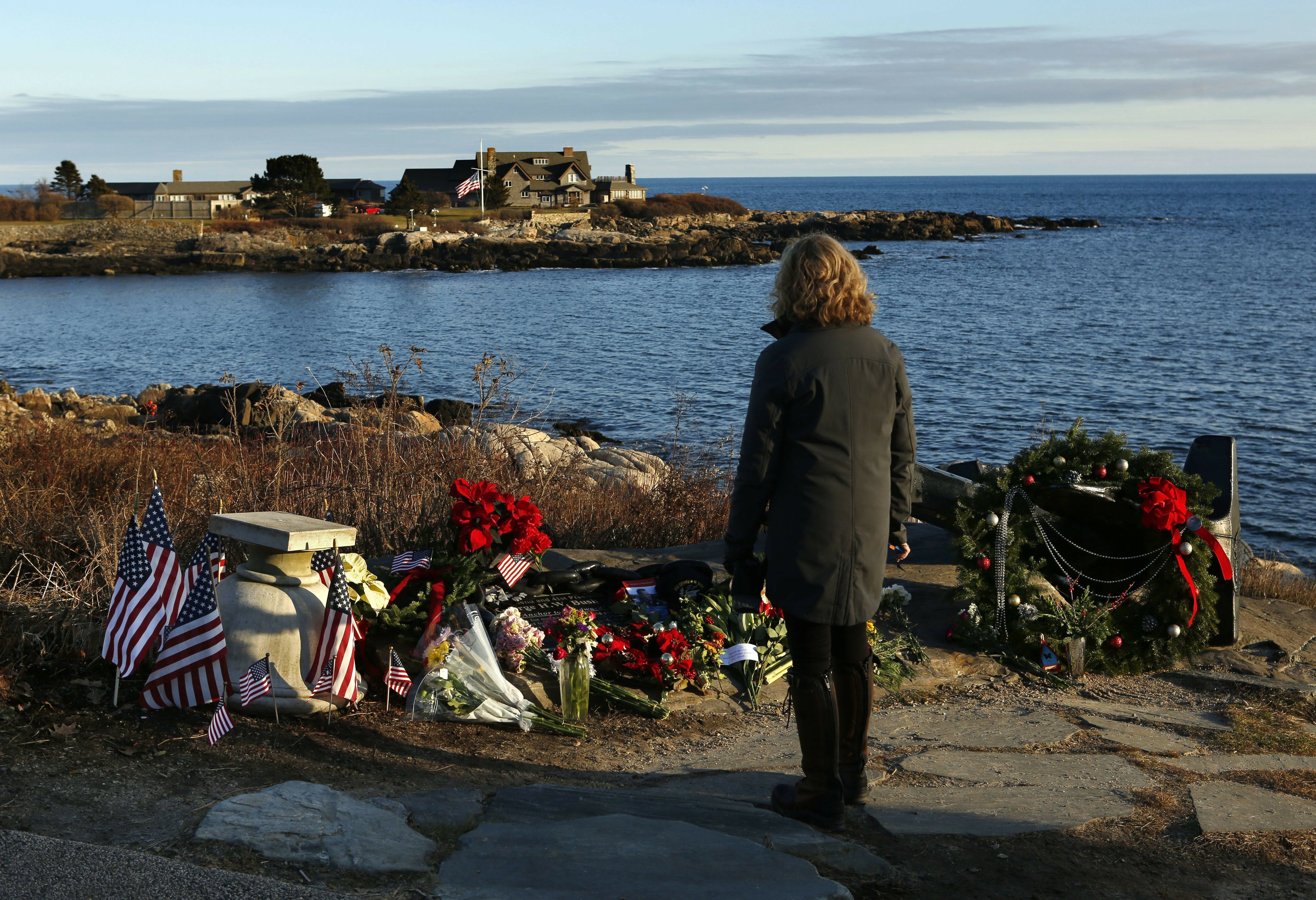 WASHINGTON — Former President George H.W. Bush is returning to Washington as a revered political statesman, hailed by leaders across the political spectrum and around the world as a man not only of greatness but also of uncommon decency and kindness.

Bush, who died late Friday at his Houston home at age 94, is to be honored with a funeral service at National Cathedral in the nation’s capital on Wednesday, followed by burial Thursday on the grounds of his presidential library at Texas A&M. Following an arrival ceremony Monday, his body will lie in state in the Capitol Rotunda for a public viewing until Wednesday morning.

President Donald Trump, who ordered federal offices closed for a national day of mourning on Wednesday, is to attend with first lady Melania Trump and other high-ranking officials.

Bush’s crowning achievement as president was assembling the international military coalition that liberated the tiny, oil-rich nation of Kuwait from invading neighbor Iraq in 1991 in a war that lasted just 100 hours. He also presided over the end of the Cold War between the United States and the former Soviet Union.

George H.W. Bush, whose presidency soared with the coalition victory over Iraq in Kuwait, but then plummeted in the throes of a weak economy that led voters to turn him out of office after one term, has died. He was 94 (Dec 1)

“We didn’t agree much on domestic policy, but when it came to the international side of things, he was a very wise and thoughtful man,” former Massachusetts Gov. Michael Dukakis, a Democrat who lost the presidency to Bush in 1988, told The Associated Press on Saturday. He credited Bush’s ability to negotiate with former Soviet Premier Mikhail Gorbachev as playing a key role.

“It was a time of great change, demanding great responsibility from everyone,” Gorbachev told the Interfrax news agency. “The result was the end of the Cold War and nuclear arms race.”

During that time and after, Gorbachev said, he always appreciated the kindness Bush and his family showed him.

In Washington, the former Republican president won praise from leaders of both parties.

Republican House Speaker Paul Ryan lauded him for leading the nation with “decency and integrity,” while Democratic House Leader Nancy Pelosi said it was a “privilege to work with him.”

Republican Sen. Bob Corker of Tennessee said Bush “befriended political foes, reminding Americans that there is always more that unites us than divides us.”

At the G-20 summit in Argentina, German Chancellor Angela Merkel, who was raised in then-divided East Germany, told reporters she likely would never have become her country’s leader had Bush not pressed for the nation’s reunification in 1990.

A humble hero of World War II, Bush was just 20 when he survived being shot down during a bombing run over Japan. He had enlisted in the U.S. Navy on his 18th birthday.

Shortly before leaving the service, he married his 19-year-old sweetheart, Barbara Pierce, a union that lasted until her death earlier this year.

After military service, Bush enrolled in Yale University, where he would become a scholar-athlete, captaining the baseball team to two College World Series before graduating Phi Beta Kappa after just 2 ½ years.

After moving to Texas to work in the oil business, Bush turned his attention to politics in the 1960s, being elected to his first of two terms in Congress in 1967. He would go on to serve as ambassador to the United Nations and China, head of the CIA and chairman of the Republican National Committee before being elected to two terms as Ronald Reagan’s vice president.

Soon after he reached the zenith of his political popularity following the liberation of Kuwait, the U.S. economy began to sour, however, and voters began to believe that Bush, never a great orator, was out of touch with ordinary people.

He lost his bid for re-election to then-Arkansas Gov. Bill Clinton, who would later become a close friend. The pair worked together to raise tens of millions of dollars for victims of a 2004 Indian Ocean tsunami and Hurricane Katrina, which swamped New Orleans and the Gulf Coast in 2005.

“Who would have thought that I would be working with Bill Clinton of all people?” he joked in 2005.

Clinton said he would be “forever grateful” for that friendship.