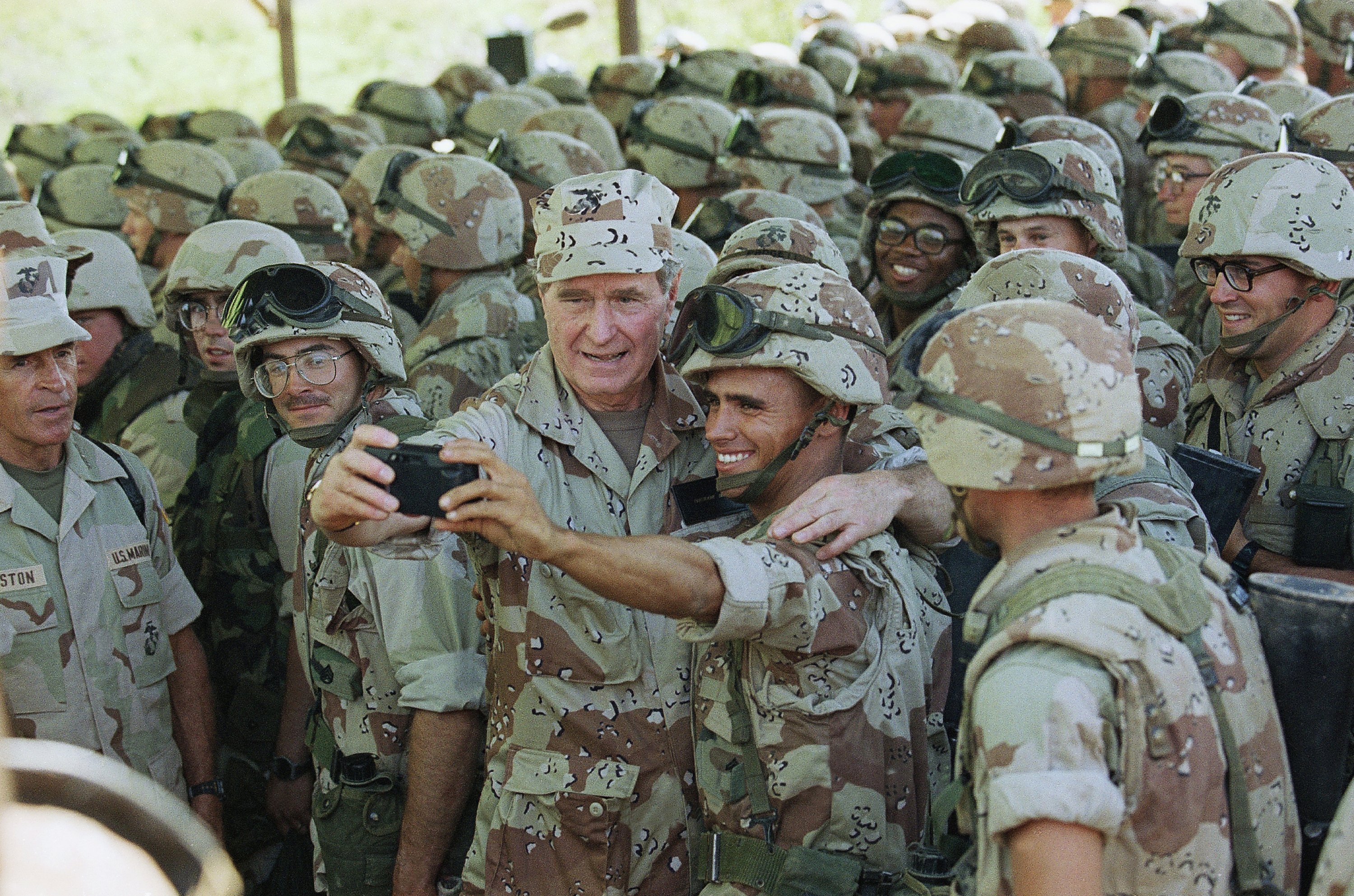 JOHANNESBURG — In the final days of his presidency, George H.W. Bush committed the U.S. military to a mission many would later regret, ordering more than 20,000 troops into Somalia to “save thousands of innocents from death.”

Within months, the image of dead U.S. soldiers dragged through the streets of Mogadishu profoundly changed the way the U.S. approached Africa. And yet it is barely mentioned in the explorations of Bush’s legacy since his death.

Only now, under President Donald Trump, is the U.S. returning regular troops to Somalia as much of the military’s work across Africa is conducted in far smaller doses, with drones and special operations forces and little fanfare of the past. The death of a U.S. soldier in Africa, as seen in Niger a year ago when four special operations were killed, brings sharp questions back home about “what we’re doing over there.”

In Bush’s time, it was different. The Somalia mission was promoted as an act of charity, meant to protect starving Somalis from the attacks and looting that kept them from reaching aid in a country torn by warlord-led fighting after the fall of dictator of Siad Barre. The United Nations has estimated 300,000 people died.

“You’re doing God’s work,” Bush said as he ended his live address from the White House. “We will not fail.”

Cheering Somalis greeted the first U.S. troops as they arrived to lead a United Nations operation. And Bush became the first, and only, U.S. president to visit the drought-plagued Horn of Africa nation.

A month after ordering in the troops, he shared a modest New Year’s meal with dozens of soldiers and Marines and told them the American people were fully behind them in the mission to help Somalis, called Operation Restore Hope.

These days, a visit to Somalia by an American president, wearing desert fatigues and dutifully eating the soldiers’ meal of “Menu No. 8: Ham slice with Accessory Packet A,” is now almost unthinkable.

As the humanitarian crisis eased, rebuilding Somalia became the goal, but it stumbled. The end came in October 1993 when an elite U.S. raid in Mogadishu against a key warlord descended into street battles. Hundreds of Somalis were killed. Two U.S. Black Hawk helicopters were shot down, and 18 Americans were killed. As global outrage echoed, the U.S. pulled out of Somalia five months later amid accusations that they had swept in well-intentioned but unprepared.

A quarter-century later, Somalia’s fragile central government is still trying to take hold. It wrestles with widespread corruption, bitter relations with regional states and high-profile attacks by the al-Qaida-linked al-Shabab — and now a new threat from fighters linked to the Islamic State organization.

While Trump recently announced he would soon visit a “war zone,” chances are it will not be Somalia. After decades of the U.S. largely leaving Somalis to work out their own problems, the Trump administration with its focus on counterterror operations has grown the number of U.S. military personnel in the country to an estimated 500. But now the work is about fighting extremists. U.S. airstrikes targeting al-Shabab, 37 so far this year, receive much of the attention.

Two U.S. service members have been killed in Somalia since Trump took office, the first such deaths since 1993. The widespread insecurity means the U.S. still has not re-opened its embassy in Mogadishu, instead quietly using offices at the heavily defended international airport there.

Bush’s death has revived a debate among some Somalis about the U.S. presence years ago, with some remembering their countrymen killed in the fight against warlords and others arguing that thousands of starving people were saved.

The country’s Somali-American president, Mohamed Abdullahi Mohamed, avoided discussions of the past when he released a brief statement early Sunday expressing “heartfelt condolences.”

Bush, he tweeted, “was a true statesman who was committed to world peace and upholding democracy.”