Could anyone have stopped gene-edited babies experiment? 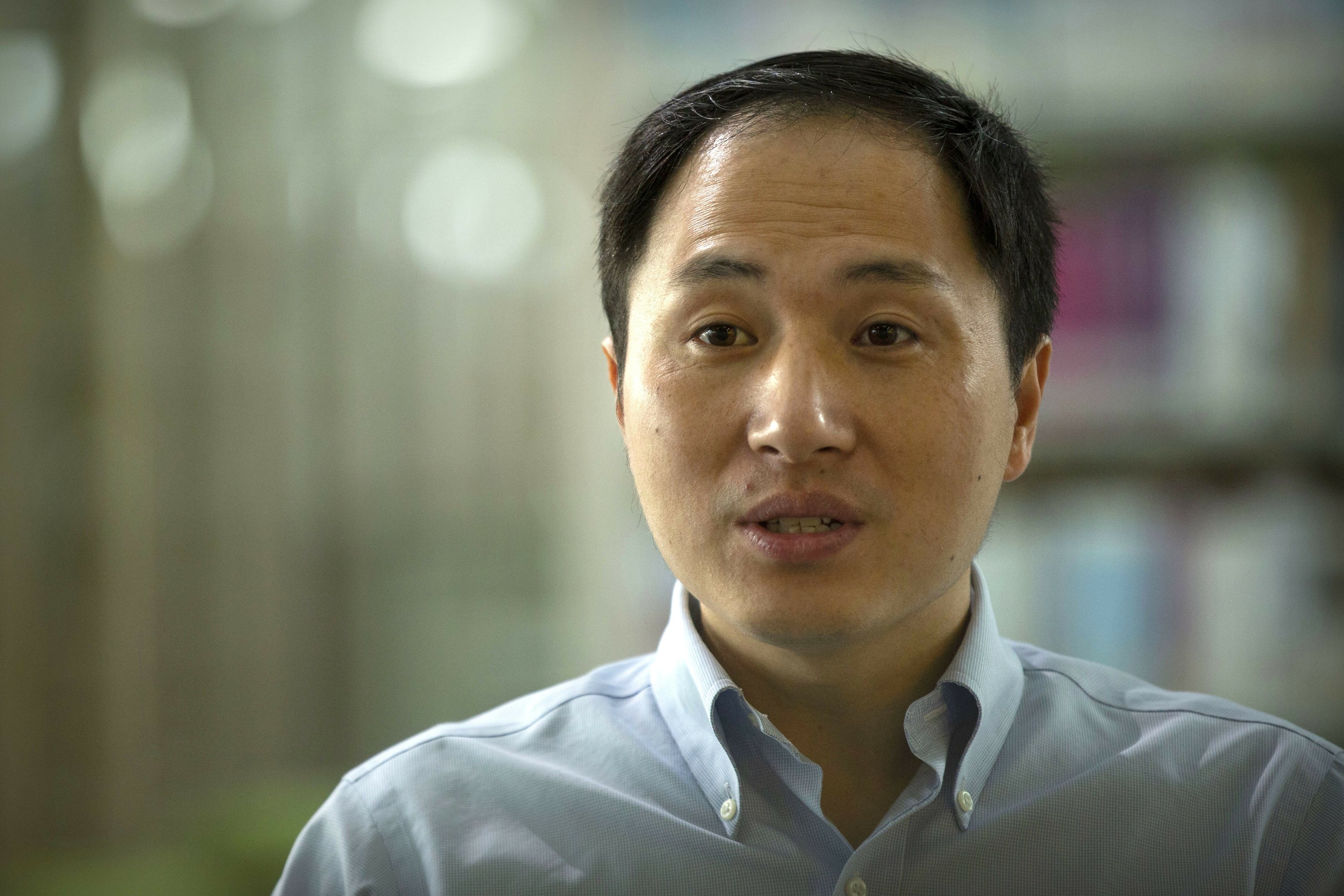 HONG KONG — Early last year, a little-known Chinese researcher turned up at an elite meeting in Berkeley, California, where scientists and ethicists were discussing a technology that had shaken the field to its core — an emerging tool for “editing” genes, the strings of DNA that form the blueprint of life.

The young scientist, He Jiankui, saw the power of this tool, called CRISPR, to transform not only genes, but also his own career.

In visits to the United States, he sought out CRISPR pioneers such as Jennifer Doudna of the University of California, Berkeley, and Stanford University’s Dr. Matthew Porteus, and big thinkers on its use, like Stanford ethicist Dr. William Hurlbut.

Last week, those shocked researchers watched as He hijacked an international conference they helped organize with an astonishing claim: He said he helped make the world’s first gene-edited babies , despite clear scientific consensus that making genetic changes that could be passed to future generations should not be attempted at this point .

U.S. National Institutes of Health Director Francis Collins called He’s experiment “a misadventure of a major sort” — starring “a scientist who apparently believed that he was a hero. In fact, he crossed every line, scientifically and ethically.”

But nobody stopped him. How can that be?

To be fair, scientists say there’s no certain way to stop someone intent on monkeying with DNA, no matter what laws or standards are in place. CRISPR is cheap and easy to use — which is why scientists began to worry almost as soon as the technology was invented that something like this would happen.

And there is a long history in science and medicine of researchers launching experiments prematurely that were met with scorn or horror — some of which led to what are now common practices, such as in-vitro fertilization.

Gene-editing for reproductive purposes is effectively banned in the U.S. and most of Europe. In China, ministerial guidelines prohibit embryo research that “violates ethical or moral principles.”

It turns out He wasn’t exactly tight-lipped about his goals . He pursued international experts at Stanford and Rice Universities, where he had done graduate studies work, and elsewhere, seeking advice before and during the experiment.

Should scientists who knew of He’s plans have spoken up? Could they have dissuaded him?

China’s National Commission of Health, Chinese Academy of Sciences and He’s own university have said they were in dark and have since condemned him .

But three Stanford scientists — Hurlbut, Porteus and He’s former fellowship adviser, Stephen Quake — had extensive contact with him over the last few years. They and other scientists knew or strongly suspected that He intended to try to make genetically edited babies.

Some confidantes didn’t think He would follow through; others raised concerns that were never heeded.

Stanford has not responded to an interview request.

Quake, a bioengineering professor, was one of the first to know about He’s ambition. Quake said he had met with He through the years whenever his former student was in town, and that He confided his interest a few years ago in editing embryos for live births to try to make them resistant to the AIDS virus.

Quake said he gave He only general advice and encouraged him to talk with mainstream scientists, to choose situations where there’s consensus that the risks are justified, to meet the highest ethics standards and to publish his results in a peer-reviewed journal.

Hurlbut thinks he first met He in early 2017, when he and Doudna, co-inventor of CRISPR, held the first of three meetings with leading scientists and ethicists to discuss the technology.

“Somehow, he ended up at our meeting,” Hurlbut said.

Since then, He returned several times to Stanford, and Hurlbut said he “spent many hours” talking with He about situations where gene editing might be appropriate.

Four or five weeks ago, Hurlbut said He came to see him again and discussed embryo gene editing to try to prevent HIV. Hurlbut said he suspected He had tried to implant a modified embryo in a woman’s womb.

“I admonished him,” he said. “I didn’t green-light his work. I challenged him on it. I didn’t approve of what he was doing.”

Porteus said he knew that He had been talking with Hurlbut and assumed Hurlbut discouraged the Chinese scientist. In February, He asked to meet with Porteus and told him he had gotten approval from a hospital ethics board to move forward.

Porteus said he urged He “to go talk to your senior Chinese colleagues.”

After that meeting, “I didn’t hear from him and assumed he would not proceed,” Porteus said. “In retrospect, I could have raised a hue and cry.”

In a draft article about the gene-edited twin girls, which He planned to submit to journals, he thanked UC Berkeley biophysicist Mark DeWitt for “editing the manuscript.” DeWitt said he tried to dissuade He and disputed that he edited the paper. He said he saw the paper, but the feedback he offered was “pretty general.”

He’s claims, including that his work has resulted in a second pregnancy , cannot be independently confirmed and his work has not been published. He defended his actions last week at a gene editing summit in Hong Kong.

In contrast, another U.S. scientist said he not only encouraged He but played a large role in the project.

Michael Deem, a bioengineering professor at Rice University and He’s doctoral degree adviser, said he had worked with He since the scientist returned to China around 2012, and that he sits on the advisory boards and holds “a small stake” in He’s two genetics companies in Shenzhen. Deem defended He’s actions, saying the research team did earlier experiments on animals.

“We have multiple generations of animals that were genetically edited and produced viable offspring,” and a lot of research on unintended effects on other genes, Deem said. Deem also said he was present in China when some study participants gave their consent to try embryo gene editing.

Rice said it had no knowledge of Deem’s involvement and is now investigating.

So far most of the attention has focused on regulatory gaps in China.

But that’s not the whole story, said Rosario Isasi, an expert on genomics law in the U.S. and China at the University of Miami.

“Let’s focus on how it happened and why it happened, and the way it happened,” said Isasi. “How can we establish a system that has better transparency?”

There’s no international governing body to enforce bioethics rules, but scientific bodies and universities can use other tools.

Greely expects He’s experiment will have ripple effects in academia, whether or not regulators act. “Universities are going to take a harder look at what’s going on. This incident will put everyone on alert about any related research.”

Of course, sometimes bad beginnings can turn into better endings.

In 1980, University of California, Los Angeles, professor Martin Cline was sanctioned for performing the first gene therapy on two women in Israel and Italy because he hadn’t gotten approval to try it at UCLA.

Cline announced his work rather than publishing it in a scientific journal, and faced criticism for trying “genetic engineering” on people when its safety and effectiveness hadn’t yet been established in animals. Now gene therapy is an established, although still fairly novel, treatment method.

Two years earlier, in 1978, Dr. Robert Edwards was similarly denounced when he announced through the press the world’s first “test tube baby,” Louise Brown. The work later earned a Nobel Prize, and IFV has helped millions to have a child.

And this year, Louise Brown — mother of two sons, conceived in the old-fashioned way — turned 40.