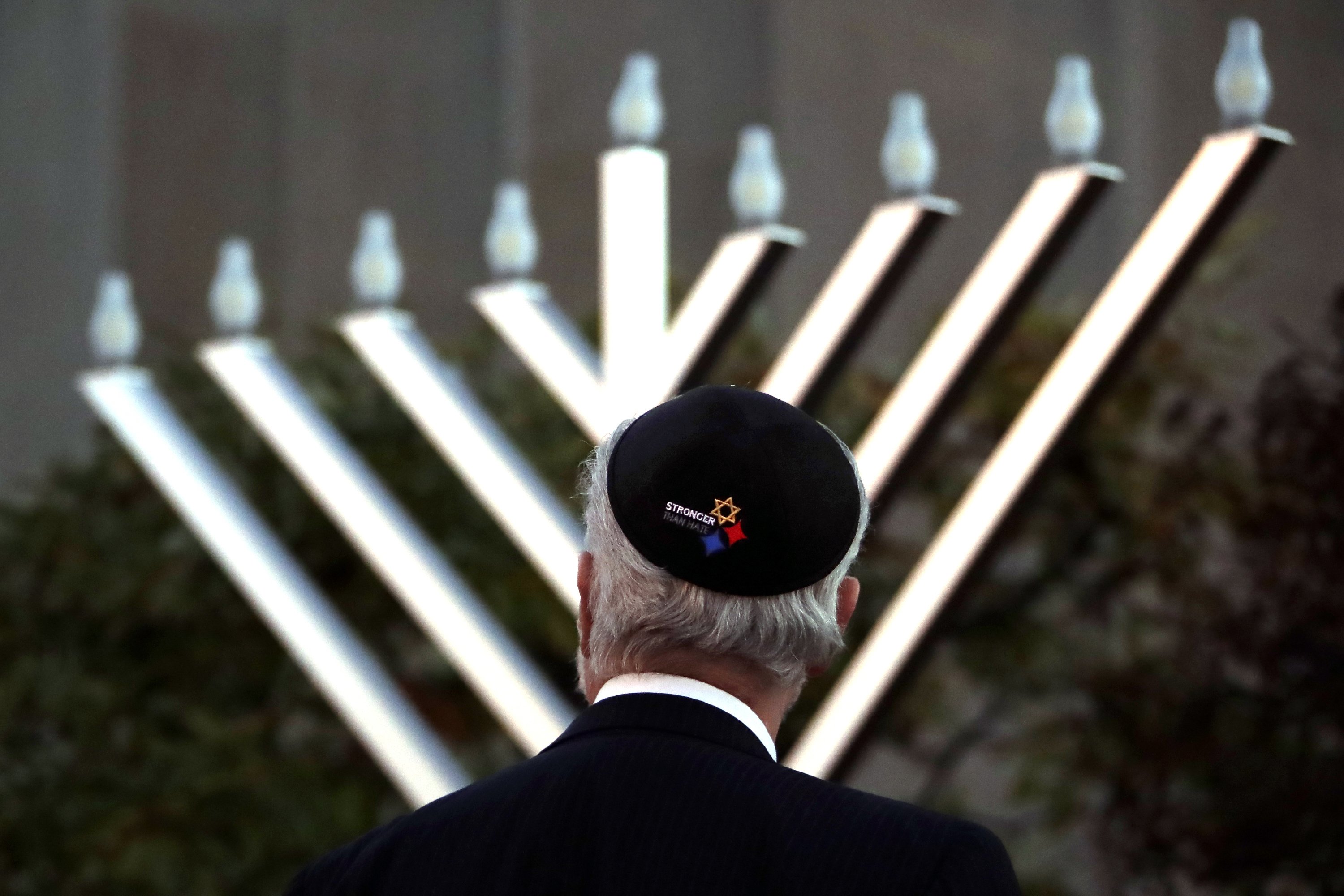 PITTSBURGH — Sunday’s public lighting of a Menorah outside a Pittsburgh synagogue where 11 people were killed in a mass shooting was an opportunity to honor the dead, mark Hanukkah’s theme of survival and allow the community to reinforce its solidarity.

“To me, it’s a simple message: The light is the message,” Rabbi Jeffrey Myers said, pointing to the Menorah standing at the corner where a makeshift memorial for the 11 victims once stood and was visited by thousands paying their respects.

Five weeks after the massacre — believed to be the deadliest attack on Jews in the U.S. — about 500 people gathered outside Tree of Life to pray, sing songs and witness the lighting of the Menorah.

“We are practicing our Jewish faith publicly and proudly,” said Stephen Cohen, co-president of New Light, whose congregation, along with congregants from Dor Hadash and Tree of Life, had gathered at the synagogue when the shooting occurred Oct. 27.

The fact that hundreds of people showed up for the ceremony came as no surprise to officials of the three congregations.

“I don’t think there are enough adjectives to describe the community support,” said Myers, who was leading Shabbat services at Tree of Life synagogue Oct. 27, when the shooting occurred.

“We’re such a tight-knit community,” said Ilana Kohanbash, who attended the Menorah lighting with her husband, Jason. “It’s also a wake-up call for what we need to do to keep our faith, and (that) we need to take precautions. It could happen to anybody.”

The suspected shooter, Robert Bowers, raged against Jews during and after the shooting, authorities said. He remains jailed without bail, and has pleaded not guilty to numerous murder and hate crime charges.

David Hausdorff, 53, of Fort Lauderdale, Florida, was in town on business and came to the lighting ceremony to show support.

“It’s unfathomable, this act of violence,” Hausdorff said. It’s unconscionable in any house of worship, let alone in a neighborhood I grew up in. If I weren’t here to actually see it, I wouldn’t grasp the totality of the emotional devastation.”

The Menorah lighting comes less than a week after the end of Shloshim, a 30-day mourning period observed by Jews following a death.

“We all begin the process of moving forward,” said Ellen Surloff, president of Dor Hadash. “You move forward one day at a time. You have good days and some not-so-good days.”

Although the gunman targeted the Jewish community, Cohen cautioned that the shooting serves as a warning.

“The reality is it affects other religious communities, too,” he said. “We are coming together in comradeship and to help to see if we can work together. What happened here, clearly this is a sign, this is a signal and it can’t be ignored.”