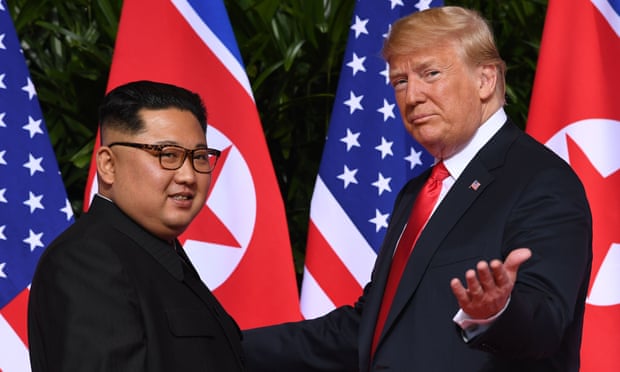 President Donald Trump said Saturday he is planning a second meeting with North Korean leader Kim Jong Un, according to a press pool report. The president told reporters news aboard Air Force One as he was returning to the to Washington D.C. from the G-20 summit in Argentina that he expects the meeting will take place soon.

“I think we’re going to do one fairly — into January, February, I think,” President Trump said, “We have actually talked about three sites. We haven’t determined the sites.”

The president also said that “at some point” he does hope to host Kim Jong Un in the United States.

“We’re getting along very well,” President Trump added. “We have a good relationship with Kim.”

The announcement came after President Trump and Chinese President Xi Jinping reached an agreement to relax tariffs, a decision that has significant implications regarding United States policy toward North Korea.

“It was also agreed that great progress has been made with respect to North Korea and that President Trump, together with President Xi, will strive, along with Chairman Kim Jong Un, to see a nuclear free Korean Peninsula,” the White House said in a statement.

Even though not too much significant progress has been made since President Trump met with the North Korean leader in Singapore in June, this president has handled North Korea policy better than any president in recent memory. He has at least brought the North Koreans to the table, engaged with China in talks surrounding North Korea and has refused to make any concessions.

President Trump has made the clear decision not to grant any of North Korea’s wishes before they take steps to denuclearize. The administration has nothing to lose and everything to gain by meeting with the North Koreans. Whether President Trump will be able to reap the fruits of more talks is still not yet known. But one thing is for sure: he has come closest than any other president.