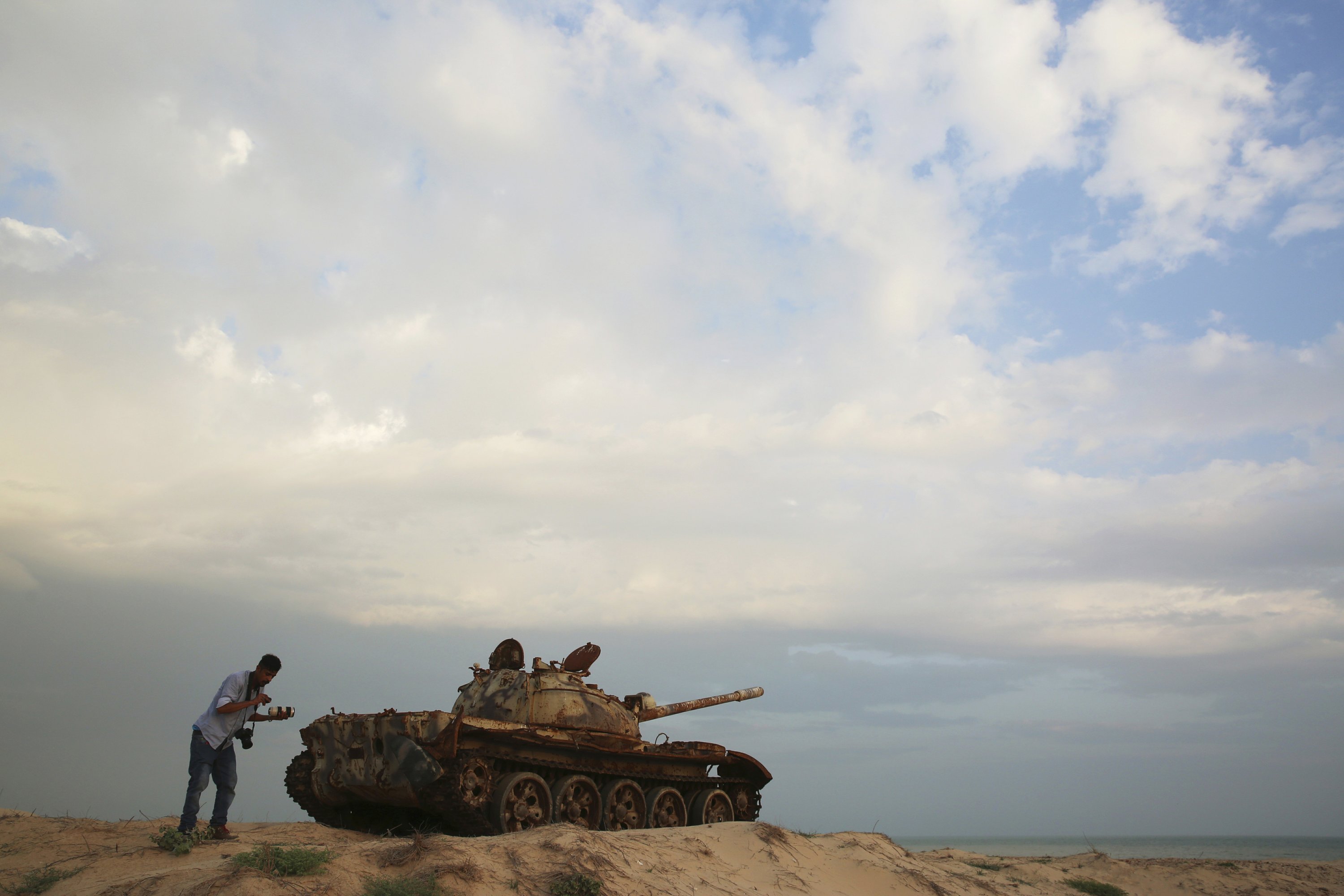 MUKALLA, Yemen — Two years after al-Qaida militants withdrew from Yemen’s eastern city of Mukalla, troops from Saudi Arabia and the United Arab Emirates patrol the streets in armored vehicles, driving past secessionist murals and keeping an eye out for jihadi sleeper cells.

The city on the Gulf of Aden, hundreds of kilometers (miles) from the front lines of the devastating war with Houthi rebels, offers a glimpse at the other conflicts simmering in Yemen, which threaten to boil over even if the latest international push for a truce in Stockholm this week succeeds.

Chipped murals throughout the city still bear the flag of communist South Yemen, and secessionists want to press their demands in any U.N.-brokered peace deal between the Houthis, the internationally-recognized government and Saudi-led forces. The United States under President Donald Trump meanwhile has increased the tempo of its drone strike campaign against al-Qaida to the highest level ever seen in the long shadow war.

Outrage over the killing of Washington Post columnist Jamal Khashoggi by Saudi agents has galvanized efforts to end Yemen’s civil war, which pits the U.S.-backed and Saudi-led coalition against the Iran-aligned Houthis. But the lingering instability in Mukalla and other areas raises questions about whether a truce would bring peace to the impoverished country — or simply free up the warring parties to settle other scores.

“The situation in the south remains one of the least analyzed aspects of the conflict and a worrying policy vacuum exists,” Chatham House expert Peter Salisbury wrote. “The south is a ‘powder keg’ in the words of one seasoned observer, waiting to explode.”

Yemen’s war pits the Houthis — Shiite militants who hold the capital, Sanaa, and much of northern Yemen — against an internationally-backed government that is heavily dependent on Saudi and Emirati forces and is allied with various local armed groups.

More than 10,000 people have been killed in the war, with experts estimating a much higher toll. The fighting has displaced 2 million others, spawned a cholera epidemic and pushed the country to the brink of famine , with emaciated children dying of malnutrition.

Initially a civil war, Yemen’s conflict has grown into a regional conflict. Saudi-led warplanes using American weaponry have hit hospitals and markets, killing large numbers of civilians. Iran has supplied arms ranging from assault rifles to ballistic missiles to the Houthis, according to U.N. experts, Western nations and analysts. Tehran supports the Houthis but denies arming them.

Mukalla is far from the Houthis’ front lines, but the collapse of the central government allowed al-Qaida in the Arabian Peninsula to sweep in from the rugged, surrounding desert to seize control in 2015. The militants, part of what Washington considers to be the deadliest branch of the terror group, seized weapons from military stockpiles and made off with an estimated $100 million.

In April 2016, the UAE and allied forces retook Mukalla, in part by negotiating a secret deal with the militants to withdraw, The Associated Press reported earlier this year.

Over two years later, Mukalla still feels on edge. Journalists on a recent trip organized by Saudi Arabia saw youths holding their hands up over their heads when a military convoy including the Saudi ambassador to Yemen passed by, seeming to signal they were unarmed.

Coalition forces have physically and sexually abused Yemeni prisoners , including at the local Emirati base near Mukalla, according to AP reporting and the United Nations. Saudi officials declined to take journalists to any detention facilities.

As the war has gone on, pressure has mounted on the Saudi-led coalition to end the conflict. The Oct. 2 killing of Khashoggi, at the hands of Saudi agents linked to Crown Prince Mohammed bin Salman’s entourage, fueled a U.S. Senate vote advancing a measure to withdraw American support for the war. Prince Mohammed started the Saudi-led campaign in March 2015 as the kingdom’s defense minister.

But that would have little effect on other conflicts simmering across the country.

“Even if the Saudis and the Emiratis were to withdraw tomorrow . the local Yemeni civil war would still go on and it would go on for quite a while and in fact, I think that the fighting would actually be much worse than the fighting that we’re seeing right now,” said Gregory D. Johnsen, a former member of the U.N. Panel of Experts on Yemen.

“You have these different groups and they’re all going to be fighting to … get as big a piece of the pie as possible.”

Chief among them is the fight against al-Qaida. Under Trump, the U.S. has launched at least 93 drone strikes, according to the Washington-based New America think tank. Former President Barack Obama launched a total of 183 strikes in his eight-year presidency. Trump also ordered a January 2017 raid in Yemen that killed a U.S. Navy SEAL and 30 other people, including women, children and an estimated 14 militants.

Secession is another. Rusting Soviet tanks on the shoreline of the Emirati base once belonged to socialist secessionists in Yemen’s brief 1994 civil war. From 1967 to 1990, South Yemen was its own nation, a Marxist client of the Soviet Union. Its national flag, a tricolor red, white and black with a light blue chevron and red star on one side, can be seen on murals across Mukalla.

Secessionists, some allied with the UAE, fly the same flag today. An August shooting in Aden at a military college graduation ceremony apparently was sparked by officials flying Yemen’s flag, as opposed to South Yemen’s.

“Yemen has a Humpty Dumpty problem,” Johnsen said. “It’s broken and I don’t think anybody, no matter how much money they pour into the country, will be able to put it back together again — and certainly not anytime soon.”