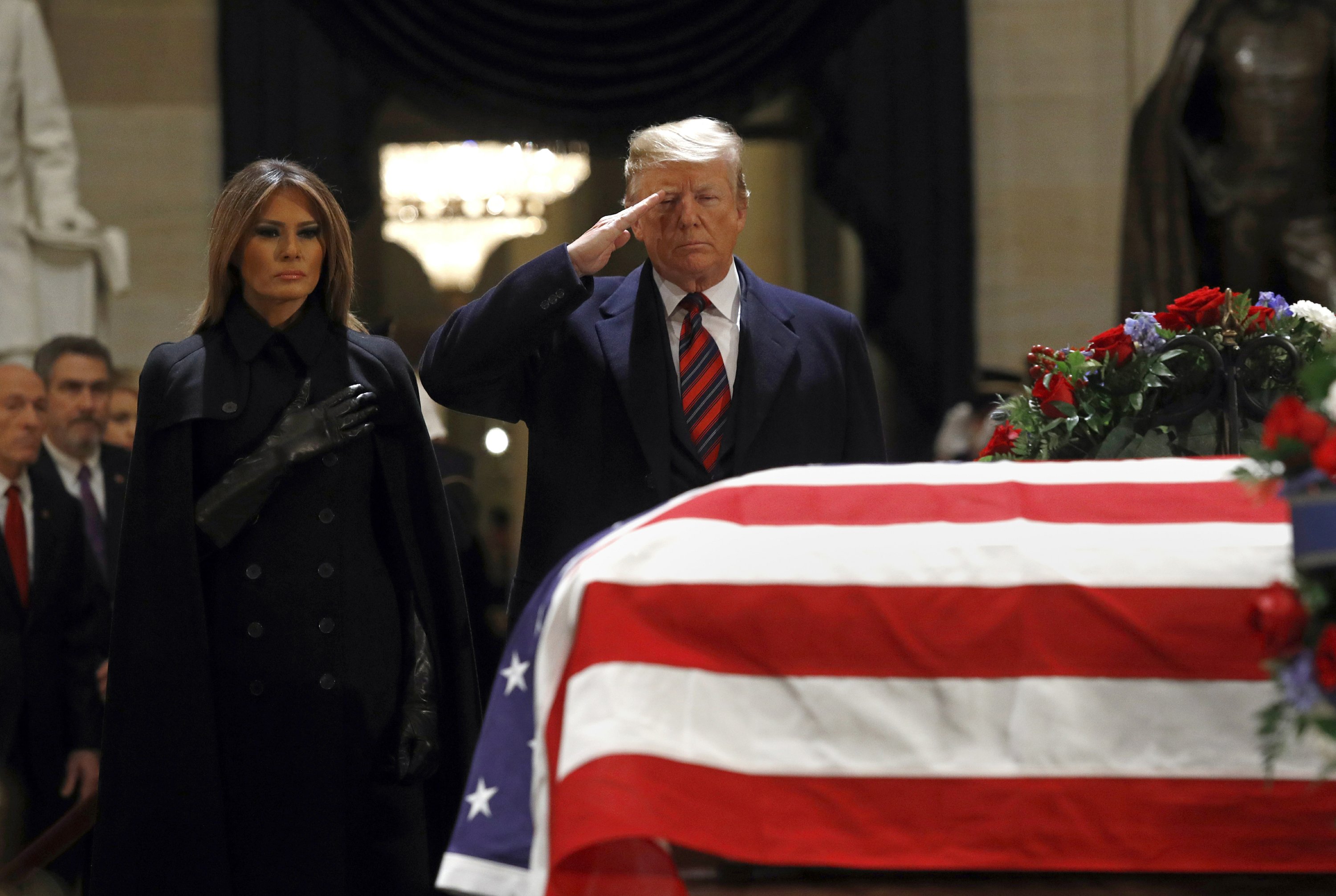 The nation’s capital mourns the 41st president as he lies in state with solemn ceremony and high tributes to his service and decency.

The Israeli operation could send tensions soaring between Israel and its Iranian-backed foe, whose last conflict was more than a decade ago.

The French government announces a suspension of fuel tax hikes in an effort to appease a protest movement that has radicalized.

Economists at Goldman Sachs say that the amount of progress made between Trump and China’s president at the G-20 summit appears “quite limited.”

Billionaires Tom Steyer and Michael Bloomberg are travelling to early presidential primary states, stoking speculation about whether they will run.

6. THE MISSING: A MOTHER’S ANGUISH

Eight years ago, Haydee Posadas’ son fled violence in Honduras and disappeared en route in Mexico, one of thousands of U.S.-bound migrants who have died or gone missing, AP finds.

7. WHAT A NEW YORK LAWMAKER WANTS

Designer boutiques like Louis Vuitton and Burberry increasingly rely on Chinese customers who spend $90 billion a year on jewelry, clothes and other high-end goods.

9. WHO IS THE KING OF SPOTIFY … AND APPLE

Drake is the platform’s most-streamed artist of the year globally while the rapper also dominated streaming at Apple Music.

Carson Wentz keeps Philadelphia in the hunt for the NFC East title with a 28-13 victory over the depleted Washington Redskins.