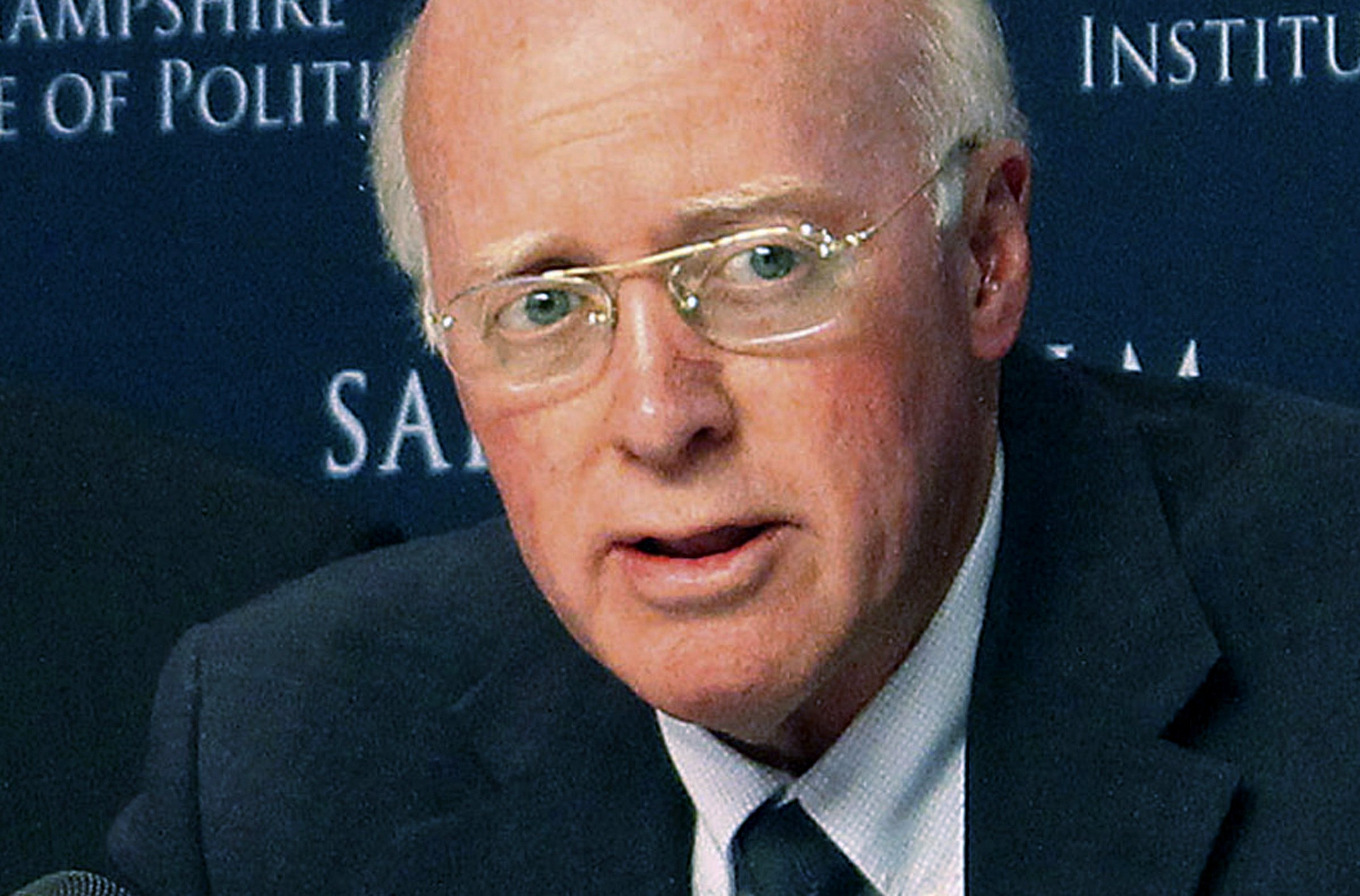 CONCORD, N.H. — The longtime protector of the New Hampshire presidential primary could get ousted by the Legislature this week despite concerns from his supporters that replacing him could jeopardize the state’s coveted first-in-the-nation status.

Lawmakers will decide on Wednesday whether to re-elect Bill Gardner as secretary of state, the official who oversees elections in New Hampshire. Gardner has held the position for 42 years and fiercely protects New Hampshire’s place on the primary calendar from other states that want the attention — and money — that comes along with being one of the first states to vote for president.

Gardner’s supporters say that replacing him with Colin Van Ostern — a longtime political operative and the 2016 Democratic nominee for governor — would politicize the office and could weaken the state’s case for staying first.

“Our argument is we have high voter turnout, we’ve been doing it a long time, we have active engagement, we give lesser-known candidates a shot and, by the way, we have the best election process in the country with a secretary of state who is completely even-handed who doesn’t tilt one way or another,” said Steve Dupery, one of New Hampshire’s Republican National Committee members.

“A couple of times, when states like Texas or Colorado or Arizona have made moves on us, they said, ‘Well, your election is run by a Democrat secretary of state.’ And it’s pretty handy to point out that he’s been doing it for 30-plus years, that he’s never run for office and we could’ve replaced him, and we never have,” Dupery said.

Gardner, who is one of just three secretaries of state chosen by a state legislature, is under fire from fellow Democrats for his participation in President Donald Trump’s commission on voter fraud and for backing GOP legislation to tighten voter registration rules. That’s created an opening for Van Ostern, who has campaigned for months on a platform of modernizing the office, holding it accountable and resisting what he views as voter suppression measures.

Democrats won control of both the 400-member House and 24-member Senate last month, and they overwhelmingly backed Van Ostern in a nonbinding caucus vote Nov. 15. In an interview, Van Ostern said the primary tradition is about more than any one person. He argues that Gardner has already politicized the office by backing the voter registration bills, and says he will be fully committed to the job.

“I will not run from this office for any other job,” Van Ostern said. “I only can ask legislators for a two-year term at a time but I think it will probably take more than two years to bring the changes we need after 42 years without a change in leadership.”

Gardner said the trust he earned by pledging to not use the office as a stepping stone for higher office has helped him negotiate the often-fraught scenario of protecting the primary. Van Ostern has raised and spent more than $200,000 to defeat him, but Gardner said he views this challenge as he did others in the past.

“It’s the same way I felt other years,” he said in an interview. “I’m feeling all right.”

So far, the drama isn’t slowing potential contenders for the 2020 Democratic presidential nomination from visiting New Hampshire. Sen. Cory Booker of New Jersey will headline an event Saturday in Manchester.

The New Hampshire primary is a time-honored tradition in politics. In 1916, Indiana held its primary a week before New Hampshire, and Minnesota voted on the same day. But New Hampshire has gone first ever since.

Democratic National Committeeman Ray Buckley, also the state party chairman, declined to comment on how a new secretary of state might affect the primary calendar because the party is staying neutral in the race. But John Hammond, vice chairman of the RNC Rules Committee, said the fairness and integrity of the New Hampshire primary has buffered it against efforts to create a rotating system of primary dates or otherwise overhaul the calendar system.

“The reliability of that state’s process has been factored in, I think, in a big way for New Hampshire being in the No. 1 slot, and anything that would put that at risk should be seriously weighed,” he said. “There’s been a perception, and also I think a reality, that there’s been a nonpartisan approach taken to the conduct and execution of the New Hampshire primary process, and it’s given it a lot of credibility and injected a strong air of fairness and independence from any political tampering. I think the state would do well to maintain that reputation.”

Though there are no current challengers, California last year approved scheduling its primary in early March to coincide with “Super Tuesday” — the day when the largest number of states conduct primaries — and thus give the nation’s most populous state more sway.

That would still fall after the four early states, but California’s recent expansion of early voting and voting by mail raises questions not just about where candidates will focus their energies but the calendar as well. In last month’s midterm election, more than 12 million Californians received mail-in ballots.

Van Ostern said he will “faithfully and without compromise” follow New Hampshire’s law requiring its primary to be held seven days ahead of any “similar contest” but declined to say last week whether early voting in California fits that definition.

“One of the important tools we use as a state in order to protect the primary is to determine the date of the primary at the appropriate time in the future, and that’s what I will do if I’m elected,” he said.

Gardner also said it was too soon to assess California’s move. And while he pushed back against Van Ostern’s criticism that the office’s is outdated, he also noted that he was right to reject some technology over the years, namely problematic punch-card voting machines.

“It’s a good thing to modernize, sometimes,” he said. “But not all the time.”