In Capitol, Bush remembered as ‘great man’ and ‘gentle soul’ 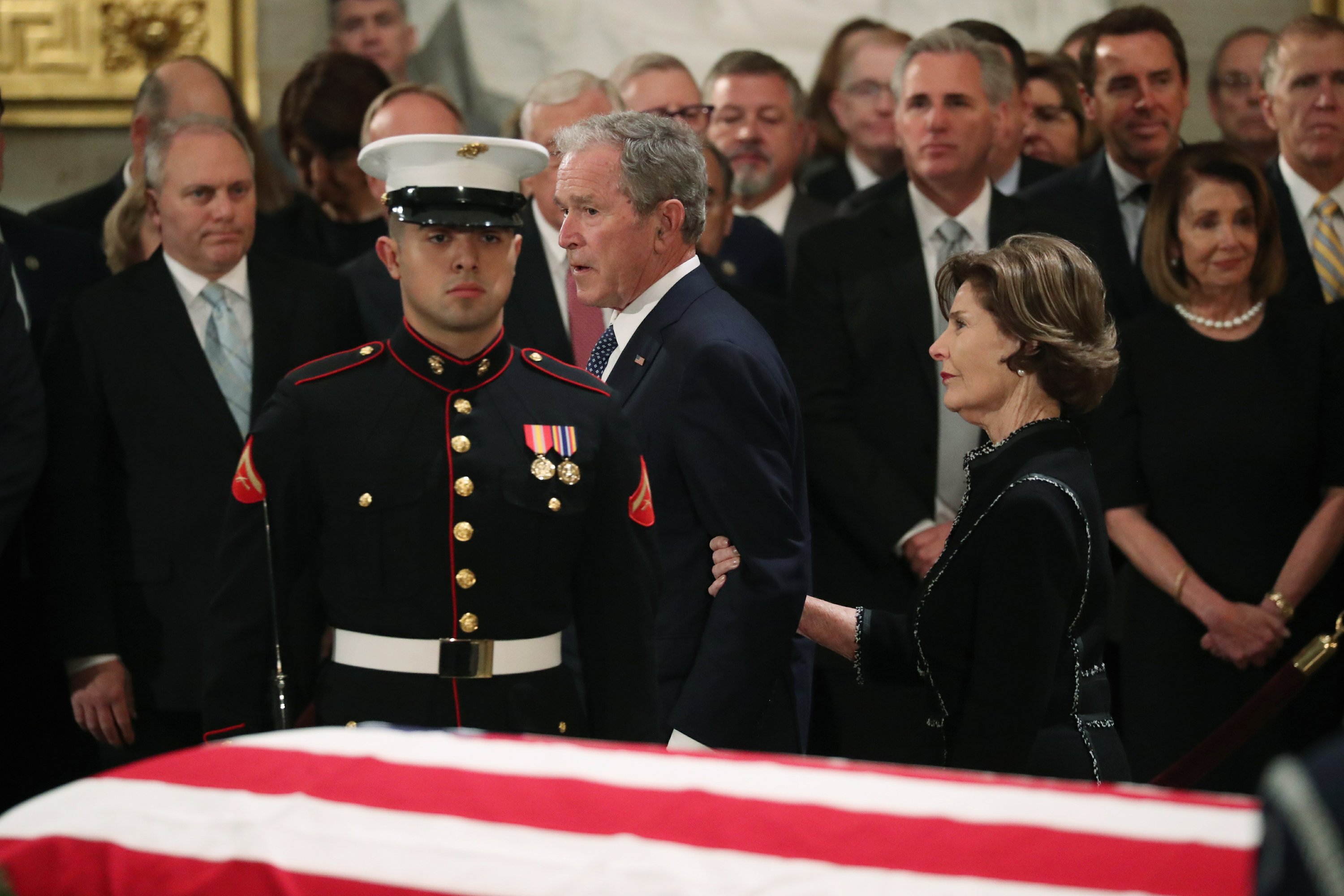 WASHINGTON — President Donald Trump and first lady Melania Trump were among the mourners paying their respects to the late President George H.W. Bush as he lay in state in the Capitol rotunda.

The Trumps stood in front of Bush’s casket with their eyes closed for a few moments Monday evening before Trump gave a salute. The former president will lie in state until services Wednesday at Washington National Cathedral.

The casket arrived Monday afternoon from Houston, where Bush died Friday at age 94. In remarks at the Capitol, House Speaker Paul Ryan praised the two-term congressman from Texas as a “great man” and a “gentle soul.”

Bush chose not to have a formal funeral procession through downtown Washington. Burial at his presidential library at Texas A&M University is set for Thursday.