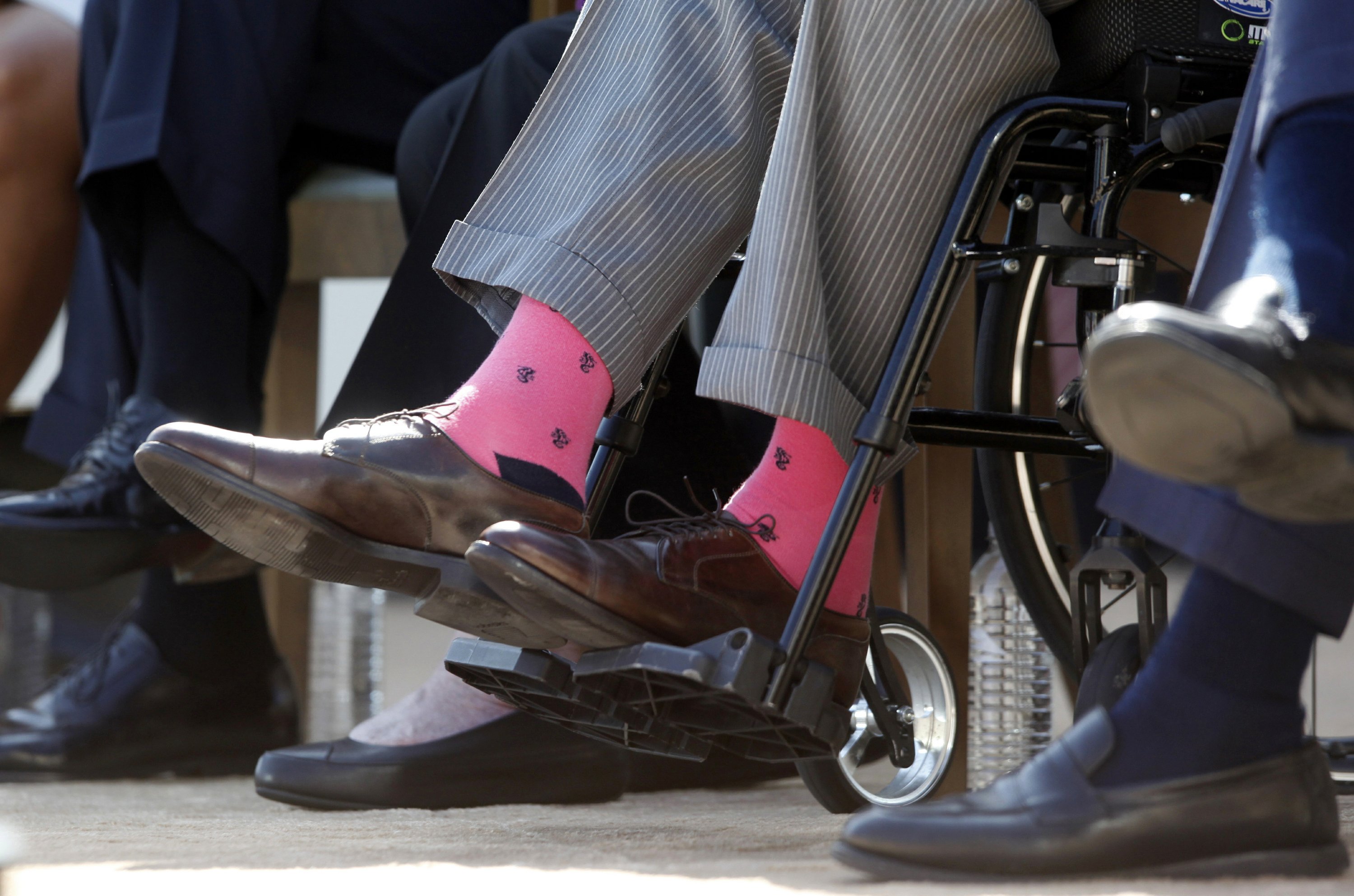 A visit from friend and fellow former president, Bill Clinton, inspired him to wear a pair emblazoned with Clinton’s face. He wore Houston Texans’ socks when meeting with the head coach. At the funeral for his wife, Barbara Bush, he wore socks featuring books as a tribute to her work promoting literacy.

Bush, who was a naval aviator in World War II, will be buried this week wearing socks featuring jets flying in formation — a tribute, his spokesman says, to the former president’s lifetime of service. The mayor of Houston is urging people attending a City Hall event honoring Bush on Monday evening to wear colorful socks in memory of the former president, who died Friday at age 94 .

Bush was one of several a high-profile figures to adopt a menswear trend of using socks to add a bit of flash to an outfit. Others include Canadian Prime Minister Justin Trudeau. The trend hit a peak in the men’s market four years ago, said Marshal Cohen, a chief industry adviser of the market research firm NPD Group.

It has endured, with color and novelty driving growth in the market, he said. And as menswear became more casual, socks replaced the tie as a conversation piece.

“Year after year we got more and more casual and the fun novelty sock became an opportunity of expression,” Cohen said. “As we got rid of ties, guys still wanted to be able to put some style to a navy suit or a black suit.”

The socks can add some fun and color to an outfit, while also making a statement.

Bush embraced the practice, and gave it meaning.

In March, the former president tweeted a photo of himself wearing a brightly colored pair of “Down Syndrome Super Hero” socks sent to him by John Cronin, a 22-year-old New York man with Down syndrome who with his father runs an online business selling socks.

Cronin’s mother, Carol Cronin, said her son and Bush became “kind of sock buddies.” Not long after starting John’s Crazy Socks , John Cronin learned of Bush’s love of colorful socks and sent him a box. After Barbara Bush died in April, it was Cronin who sent Bush the socks featuring books that he wore at her funeral.

Carol Cronin said that when her son learned that it was Bush who signed the Americans with Disabilities Act banning workplace discrimination of people with disabilities and requiring improved access to public places and transportation, he felt their connection was “meant to be.”

“The inclusiveness that is envisioned by that legislation has changed his life and every other person who has a differing ability for the better,” said Cronin, who noted that the majority of employees hired for the business have differing abilities.

She said her son’s idea of starting a sock business turned out to be a successful and fulfilling one.

“I think it lets people express themselves in a subtle way,” she said.