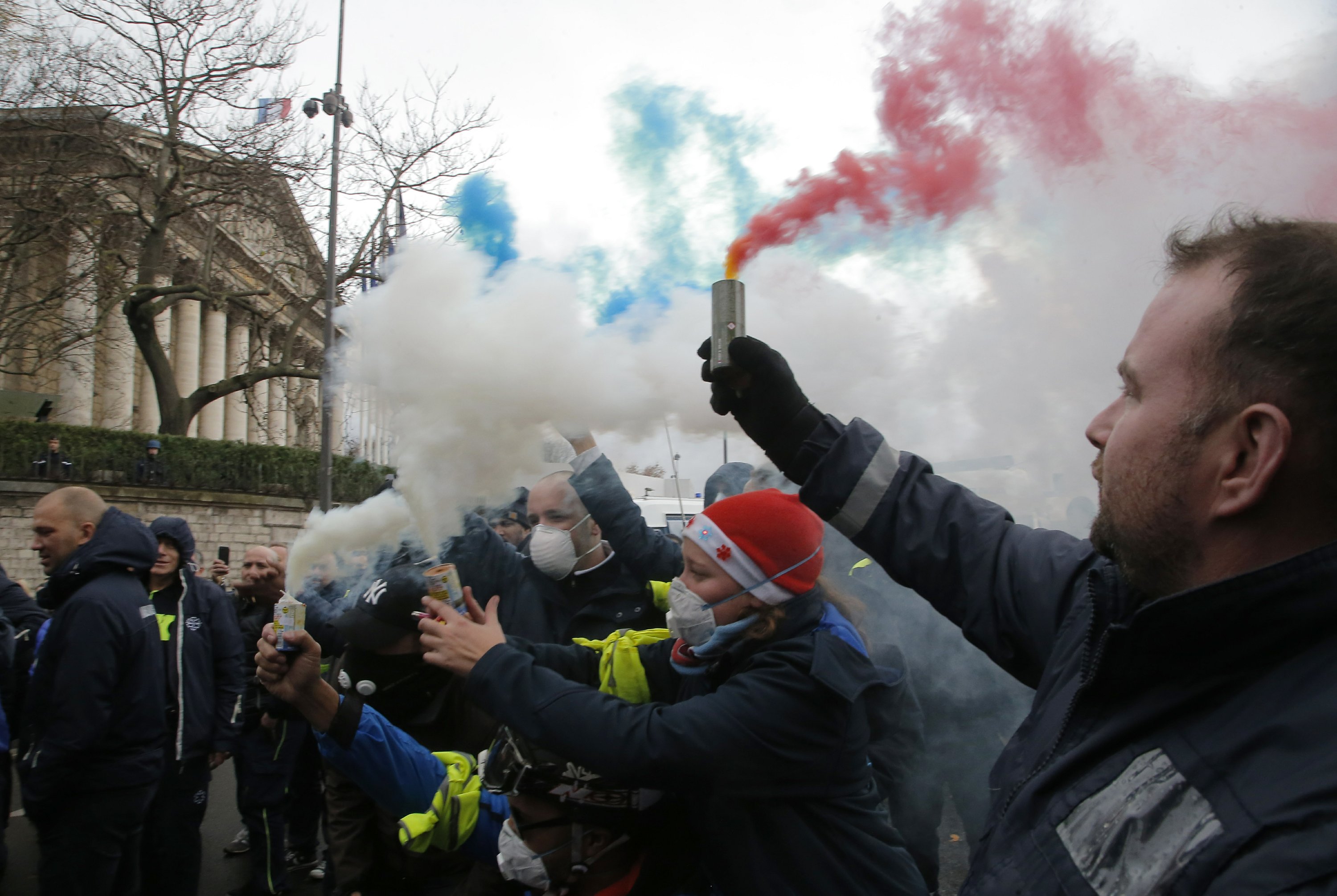 PARIS — The Latest on France’s response to violent protests (all times local):

French Prime Minister Edouard Philippe has announced a suspension of fuel tax and utility hikes in an effort to appease a protest movement that plunged Paris into chaos last weekend.

Philippe said the planned increase, which has provoked violent riots and was set to be introduced in January, will be suspended for six months.

Philippe said “no tax is worth putting the nation’s unity in danger.”

More than 100 people were injured in the French capital and 412 arrested over the weekend during France’s worst urban riot in years, with dozens of cars torched.
__

The French soccer league says it has postponed Saturday’s match between Paris Saint-Germain and Montpellier amid expected anti-government protests.

The match at the Parc des Princes stadium has been called off because police say they fear they won’t have enough forces available to guarantee fans’ security because of the protests likely to take place in the French capital that day.

The match will be rescheduled at a later date.

Prime Minister Edouard Philippe is expected to announce a suspension of fuel tax hikes later Tuesday in an effort to appease a protest movement that has grown and plunged Paris into chaos last weekend with large-scale rioting. But the move is unlikely to end demonstrations.
__

French media say Prime Minister Edouard Philippe will announce a suspension of fuel tax hikes in an effort to appease a protest movement that has radicalized.

Both Le Monde newspaper and France Info radio say the planned increase, which has provoked riots, will be suspended for several months. Philippe is also expected to announce other measures aimed at easing tensions.

The prime minister is expected to announce the move later Tuesday.