US to suspend nuclear pact 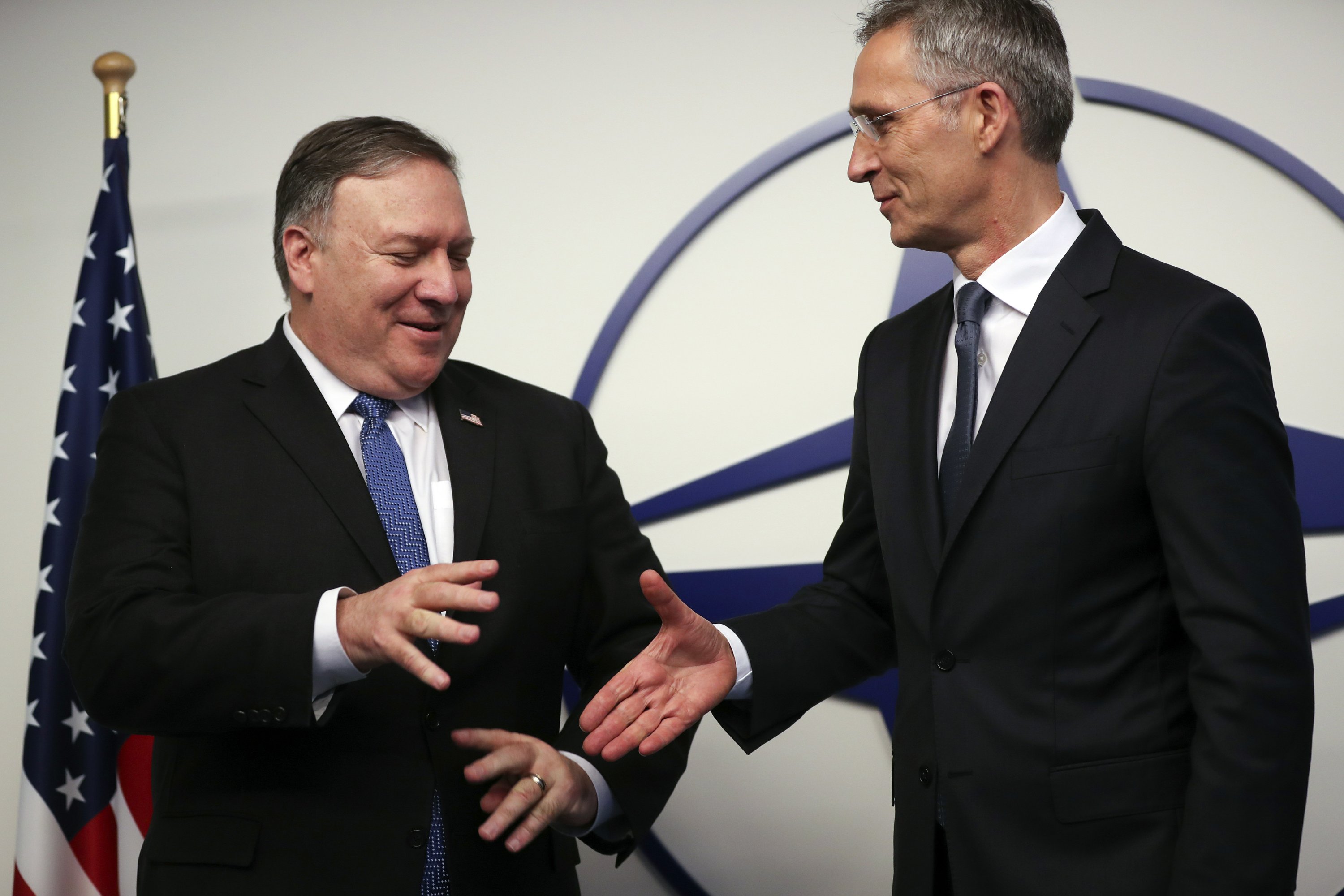 BRUSSELS — The United States warned Russia Tuesday it has 60 days to start complying with a landmark nuclear missile treaty or Washington will abandon the pact, raising concern about Europe’s future security.

At NATO talks in Brussels, U.S. Secretary of State Mike Pompeo accused Russia of “cheating at its arms control obligations” under the 1987 Intermediate-Range Nuclear Forces Treaty. He said in 60 days, Washington would activate a six-month notice period for leaving the pact.

“Our nations have a choice. We either bury our head in the sand or we take common sense action in response to Russia’s flagrant disregard for the expressed terms of the INF Treaty,” Pompeo told reporters.

The U.S. has shared intelligence evidence with its NATO allies that Russia’s new SSC-8 ground-fired cruise missile could give Moscow the ability to launch a nuclear strike in Europe with little or no notice.

The INF is a bilateral treaty between Washington and Moscow that bans all land-based cruise and ballistic missiles with a range between 500 and 5,500 kilometers (310-3,410 miles). Russia says the range of the new system does not exceed 500 kilometers.

Pompeo said Washington “would welcome a Russian change of heart” but that he has seen no indication that Moscow is likely to comply.

U.S. allies in NATO said Tuesday they “strongly support the finding of the United States that Russia is in material breach of its obligations” while Washington is respecting the treaty.

In a statement, NATO foreign ministers also called on Russia “to return urgently to full and verifiable compliance.”

“It’s up to Russia now to preserve the INF Treaty. They have a last chance to show and demonstrate in a verifiable way that they comply with the treaty,” NATO Secretary General Jens Stoltenberg told reporters. “But we also have to prepare for a world without the treaty.”

Stoltenberg said the 29 NATO allies will “collectively develop responses” should the treaty be abandoned, but he declined to say what they might be.

“We have to remember that no arms control agreement will work if it is only respected by one party,” he said.

In Moscow, Foreign Ministry spokeswoman Maria Zakharova told reporters that “Russia strictly complies with the provisions of the treaty, and the American side is aware of that.”

Russia’s actions in Ukraine also came under the spotlight at Tuesday’s NATO meeting.

Stoltenberg accused Russia of using the Crimean Peninsula as a platform to take control of waters off eastern Ukraine, as allies struggled Tuesday to find ways to dissuade Moscow from destabilizing the former Soviet republic.

Russia annexed Ukraine’s Crimean Peninsula in 2014, sparking NATO’s biggest military buildup in Eastern Europe since the Cold War. On Nov. 25, Russian border guards fired on three Ukrainian navy vessels near Crimea, where Russia’s Black Sea fleet is based. The vessels and the crews were captured.

Ukrainian Foreign Minister Pavlo Klimkin appealed for NATO support in the confrontation with Russia over the Black Sea and the adjacent Sea of Azov, a key commercial waterway for the country.

“Four years ago, Russia illegally annexed Crimea. Now Russia is attempting to use Crimea to expand its influence and control of the Sea of Azov,” Stoltenberg said.

But as to what more NATO would do beyond its existing sea patrols and air policing, he said: “There is already a lot of NATO in the Black Sea.”

NATO allies have helped modernize Ukraine’s armed forces and boosted their presence in the Black Sea over the last year, with more ships deployed in the region and more air policing. Three NATO allies on the Black Sea — Bulgaria, Romania and Turkey — are also taking individual measures.

NATO nations, individually and through the European Union, have also imposed economic and other sanctions on Russia since it annexed Crimea, but there is little appetite among the allies to broaden those measures.

Klimkin welcomed the political support he received in Brussels, but said: “We shouldn’t just stay on the level of declarations, however strong declarations are.”

“We need to create a coordinated response to the actions of Russia,” Klimkin said, adding that he raised “a set of practical steps with a number of proposals” at the meeting as to how NATO, Ukraine and Georgia might do that together.

He also suggested a possible ban on Russian ships entering other countries’ ports if Moscow continues to block the Sea of Azov and said he would raise the idea with European Union ministers next week.

Ukrainian authorities said Tuesday that shipping traffic has resumed on the Sea, but a senior U.S. State Department official said that at NATO “no one would see that as a satisfactory move or the end of the matter.”