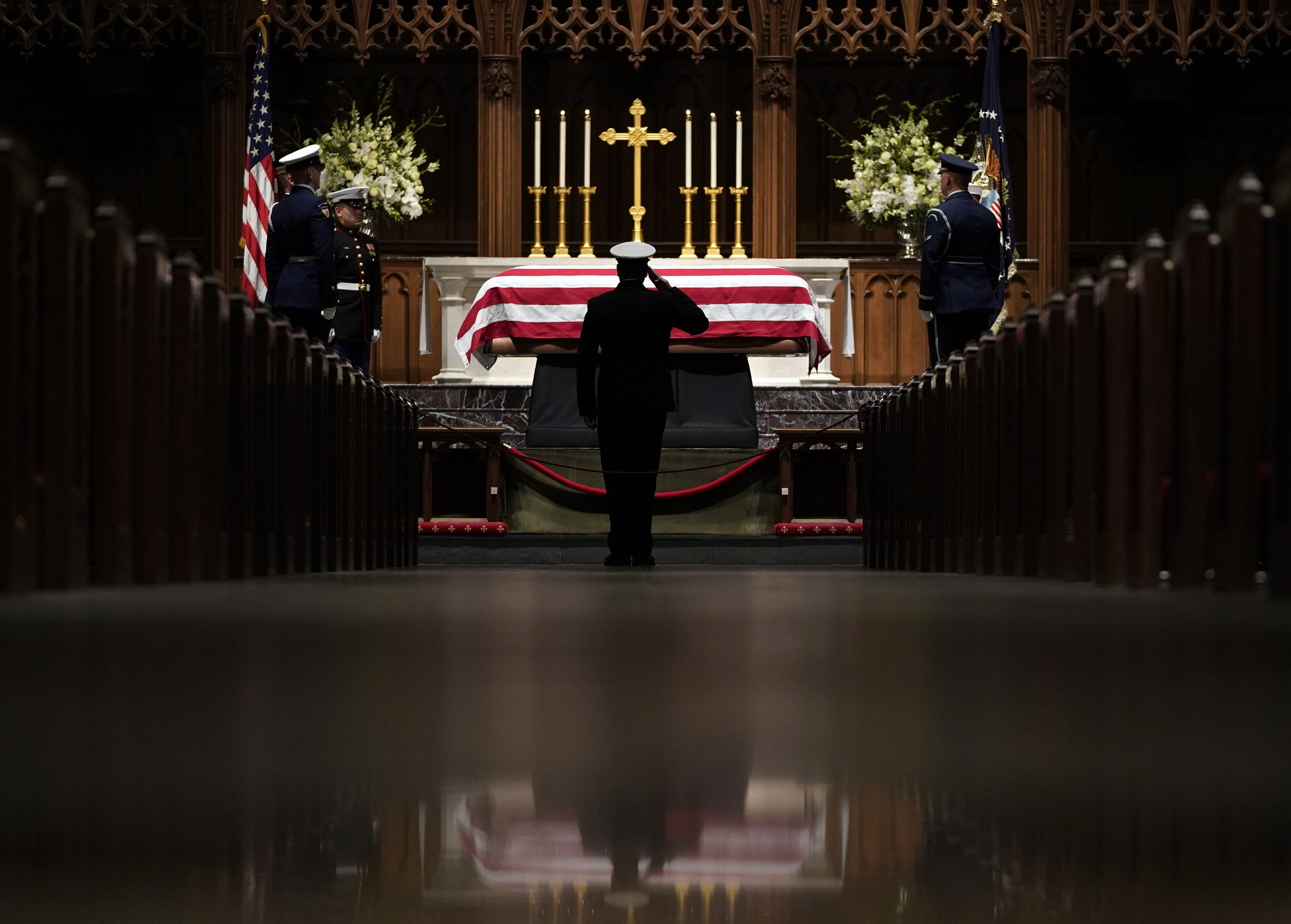 The 41st president will be taken by train to his family burial plot on the presidential library grounds at Texas A&M University.

Meng Wanzhou, reportedly accused of trying to evade U.S. curbs on trade with Iran, faces possible extradition to the U.S.; But China vows prompt action on a U.S. trade pact, a sign Beijing wants to keep the arrest from disrupting talks.

3. WHICH WARRING SIDES ARE AT NEGOTIATING TABLE

4. HOW MANY MIGRANT KIDS SEPARATED SINCE SUMMER

The Trump administration has separated 81 migrant children from their families at the U.S.-Mexico border since the president stopped large-scale separation policy in June.

6. DOUBLE JEOPARDY ON THE DOCKET

The Supreme Court is set to hear arguments about an exception to the Constitution’s ban on being tried for the same offense.

More than 75 years after the Japanese attack on the U.S. military in Hawaii, the remains of some sailors are finally being laid to rest in cemeteries across the country.

8. WHAT IS COLOR OF THE YEAR

Sea reefs and sunsets: Living Coral is Pantone’s choice for top color of 2019.

A brightly colored Mandarin duck that appeared suddenly in a Central Park pond turns both New Yorkers and visitors into a new gaggle.

“A Star Is Born” and “Mary Poppins Returns” could be in for a big morning as the Hollywood awards season ramps up.