Residents head back into California town leveled by wildfire 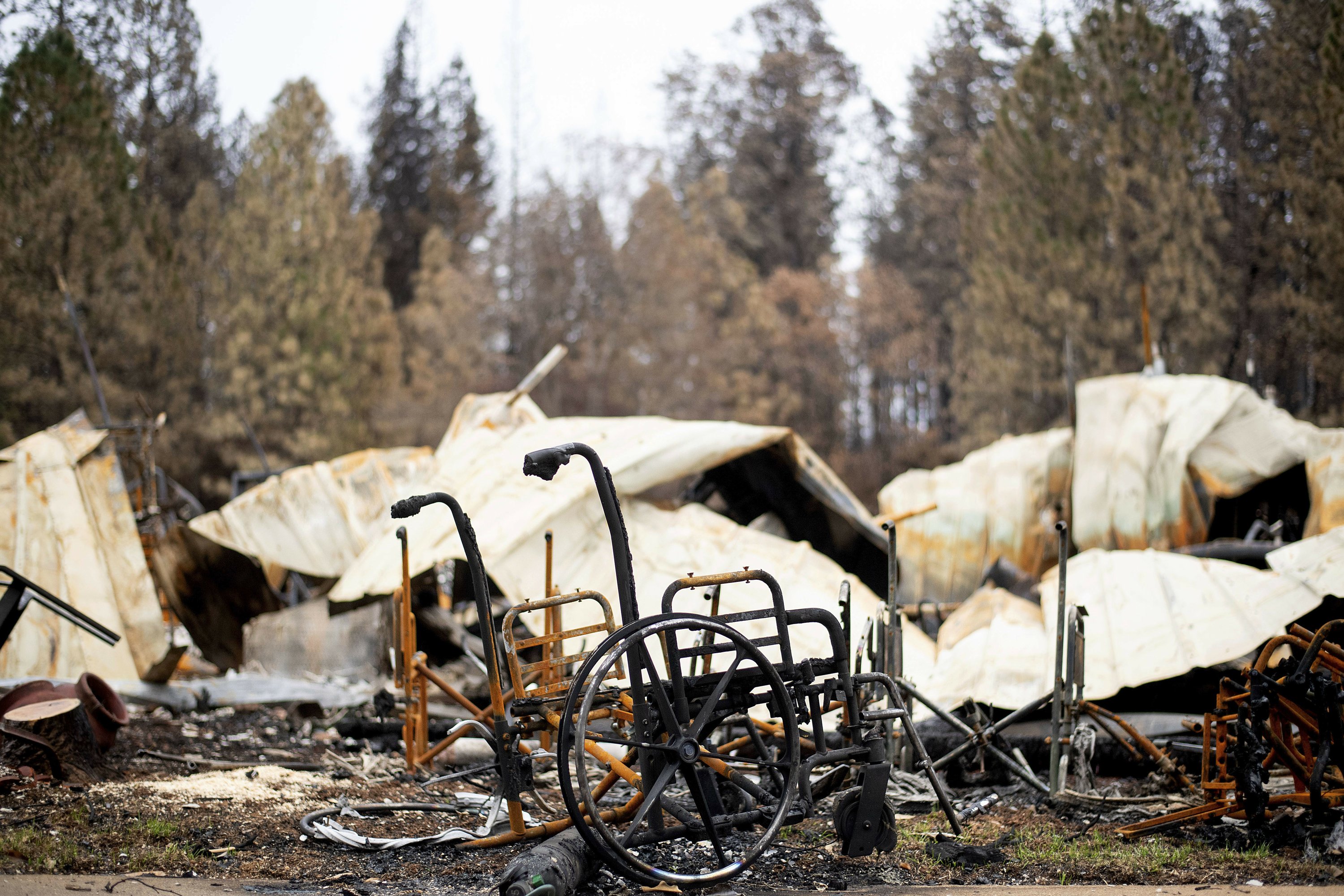 PARADISE, Calif. — Joyce and Jerry McLean sifted through twisted metal and broken glass Wednesday on the property where their mobile home once stood, hoping to find precious family possessions that might have survived the devastating California wildfire that leveled Paradise.

They were among hundreds of residents who were finally allowed back into neighborhoods on the east side of town a month after the blaze killed at least 85 people and destroyed about 14,000 homes.

The couple, dressed in white hazmat suits and wearing leather gloves, searched for his gold wedding band, a Bible that belonged to his great-grandmother and Christmas ornaments made by their son when he was a boy.

Earlier in the day, a long line of cars waited in a cold drizzle at a checkpoint to enter areas where evacuation orders had been lifted.

Some residents have been allowed back into nearby communities in the fire zone, but Wednesday marked the first time residents of Paradise got a firsthand look at what was left of the town of 27,000 people that was hit the hardest by the blaze.

More than 50,000 people in Paradise and two neighboring communities were forced to quickly flee the towering, wind-driven flames that charred 240 square miles (622 square kilometers). Authorities said 11 people were still unaccounted for in what was the deadliest U.S. wildfire in at least a century.

Joyce McLean said she had seen photos on social media of her burned home and knew one of the only things that survived was an American flag flying on a pole.

“We lost everything but the clothes on our backs,” she said about their harrowing dash for safety.

“I don’t think we’re going to find the Bible, not much chance,” said Jerry McLean, 72.

Joyce McLean said the thought of returning after the fire had made her nervous and emotional, but she wanted to at least recover the flag.

“I think something was telling us to be there,” she said about the images she saw on social media. “The only thing that was standing was the flagpole, with the flag still flying, and our welcome sign with our name and address.”

The couple is temporarily renting a house in the region, but they plan to again live in Paradise and have already bought a two-bedroom mobile home to replace the one they lost.

The communities will have very limited services for the immediate future, and authorities urged returning residents to bring food, water and fuel for vehicles.

They were also warned they should not move back into homes until ash and hazardous waste have been cleared and that rain could increase the risk of flash floods and mudslides.

The McLeans said they plan to keep searching the rubble for their precious possessions.

“Today was just kind of a come-to-Jesus meeting to see what’s here, what’s not, mostly not,” Jerry McLean said.