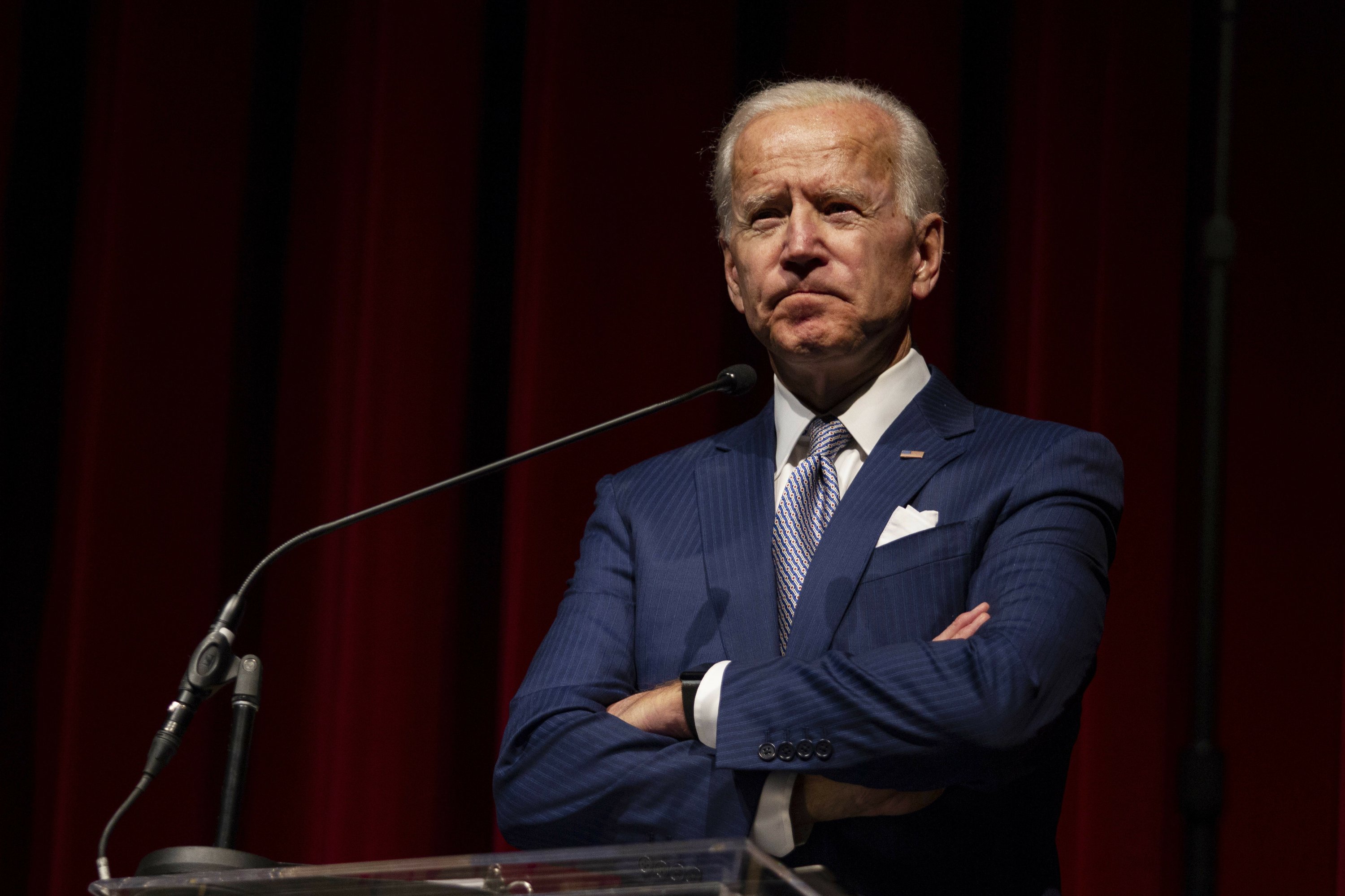 The first major presidential campaign announcements could come before year’s end. The Democratic National Committee plans to announce a debate framework by then featuring 15 to 20 candidates. The first primary debate could happen as early as May, a full three months before the premiere debate of the 2016 cycle.

And long-rumored White House hopefuls are already bowing out.

Like it or not, the 2020 presidential season has arrived. For some potential contenders, there’s an increasing sense of urgency to be in the first wave of declared candidates in what will likely be a large, unwieldy field. And for the party as a whole, there’s a desire to move forward with what’s expected to be a nasty fight — and wrap it up in time to give the eventual nominee strong footing to take on President Donald Trump.

“It starts now, but there will be a lot of ups and downs,” said Democratic consultant Jesse Ferguson, who previously worked for Hillary Clinton’s presidential campaign. “Anyone who thinks the early front-runner will also go the distance hasn’t seen how these campaigns play out.”

This week has offered a preview of the drama that could lie ahead. Former Vice President Joe Biden declared himself “the most qualified person in the country to be president,” billionaires Michael Bloomberg and Tom Steyer courted activists in key states, and at least two prospects — former Massachusetts Gov. Deval Patrick and firebrand attorney Michael Avenatti — publicly bowed out of the 2020 contest.

For those preparing candidacies, activity is picking up. While she has yet to make a final decision, Massachusetts Sen. Elizabeth Warren is laying the groundwork for an early launch — potentially by year’s end but more likely in January. New Jersey Sen. Cory Booker, Colorado Gov. John Hickenlooper and New York Sen. Kirsten Gillibrand are also lining up for early launches.

Aides to the Democrats addressed their plans on the condition of anonymity because they were not authorized to publicly disclose internal discussions.

Another well-funded set, including Vermont Sen. Bernie Sanders, Texas Rep. Beto O’Rourke, Bloomberg and Steyer, believe they can afford to wait slightly longer to announce their intentions given their fundraising prowess.

O’Rourke, who smashed fundraising records this year in his failed Texas Senate bid, is discussing a possible 2020 run with his family, according to people with direct knowledge of his thinking. He feels the only drawback to running would be another prolonged period away from his wife and three children.

O’Rourke won’t declare his intentions until after his House term ends on Jan. 3, according to the people, who spoke on condition of anonymity because a campaign hasn’t been launched.

His camp says he’s been assured that many prospective staffers and donors would wait for him to decide before committing to another candidate, believing he has effectively frozen the field.

O’Rourke has fielded numerous calls from supporters, donors and strategists who have urged him to run, including alumni of former President Barack Obama’s administration. Many have suggested one key question to guide his 2020 decision: Is he excited about any of the other possible candidates? At the moment, O’Rourke doesn’t appear sufficiently enthused about anyone else to not run, according to those familiar with his thinking.

O’Rourke has been invited to visit Iowa and New Hampshire in recent weeks. He hasn’t accepted any such invitation but has not declined them either.

Meanwhile, Hickenlooper isn’t expected to make a formal decision on running until after his term as governor ends Jan. 8. But he’s already started assembling his team and his operation has hired a pollster and national fundraiser.

Senior aides to Sanders, who mounted an aggressive challenge to Clinton in 2016, are laying the groundwork for a bigger campaign organization, according to chief adviser Jeff Weaver.

Sanders’ wife, Jane O’Meara Sanders, told The Associated Press that the grueling pace of a presidential contest would not be a deterrent for a second run. She also highlighted Sanders’ philosophy of not attacking other Democrats.

“We’ve never been negative toward an opponent,” she said in an interview last weekend. “And that’s going to be the case this time.”

Biden, who has been less active than other 2020 prospects in preparing to run, is scheduled to appear in Sanders’ home base of Burlington, Vermont, over the weekend as part of a nationwide book tour. Weaver said there were no plans for Sanders and Biden to meet.

Obama is in regular touch with Biden, underscoring the close relationship they forged in the White House.

But there are few Democratic competitors concerned about Biden’s 2020 plans. Would-be challengers note he fared badly in the only two presidential campaigns he ran on his own and generally struggles to raise money.

Booker, who says he will make a final decision over the holidays, has been among the most aggressive prospects.

In addition to aggressively courting activists and prospective staff, the New Jersey Democrat is scheduled to make a series of appearances this weekend in New Hampshire, which traditionally hosts the nation’s first presidential primary election.

Other ambitious Democrats are actively discussing potential White House bids with their friends.

Montana Gov. Steve Bullock is weighing a possible presidential bid. Some Democrats have sought to recruit him to run for the Senate in 2020, but his chief of staff, Tom Lopach, said, “Bullock is not interested” in that campaign.

Among the Democrats not ruling out a run is John Kerry, the former secretary of state and Massachusetts senator who lost the 2004 presidential race. Democrats close to Kerry say he’s done little to start building a campaign infrastructure, but he’s happy to keep his name in the discussion, particularly in the event other elder statesman-like figures — namely Biden — decide not to run.

As the field takes shape, DNC Chairman Tom Perez is working to craft what he says must be a fair process that doesn’t leave the eventual nominee facing internal criticisms of favoritism like those that dogged Clinton in 2016.

Several people involved say the party wants the earliest debates to have generous qualifications thresholds, so that longshot-but-legitimate candidates aren’t shut out. Later in the campaign, the thresholds — everything from polling and fundraising to the breadth of a candidate’s campaign operation in early primary states — could be much higher.