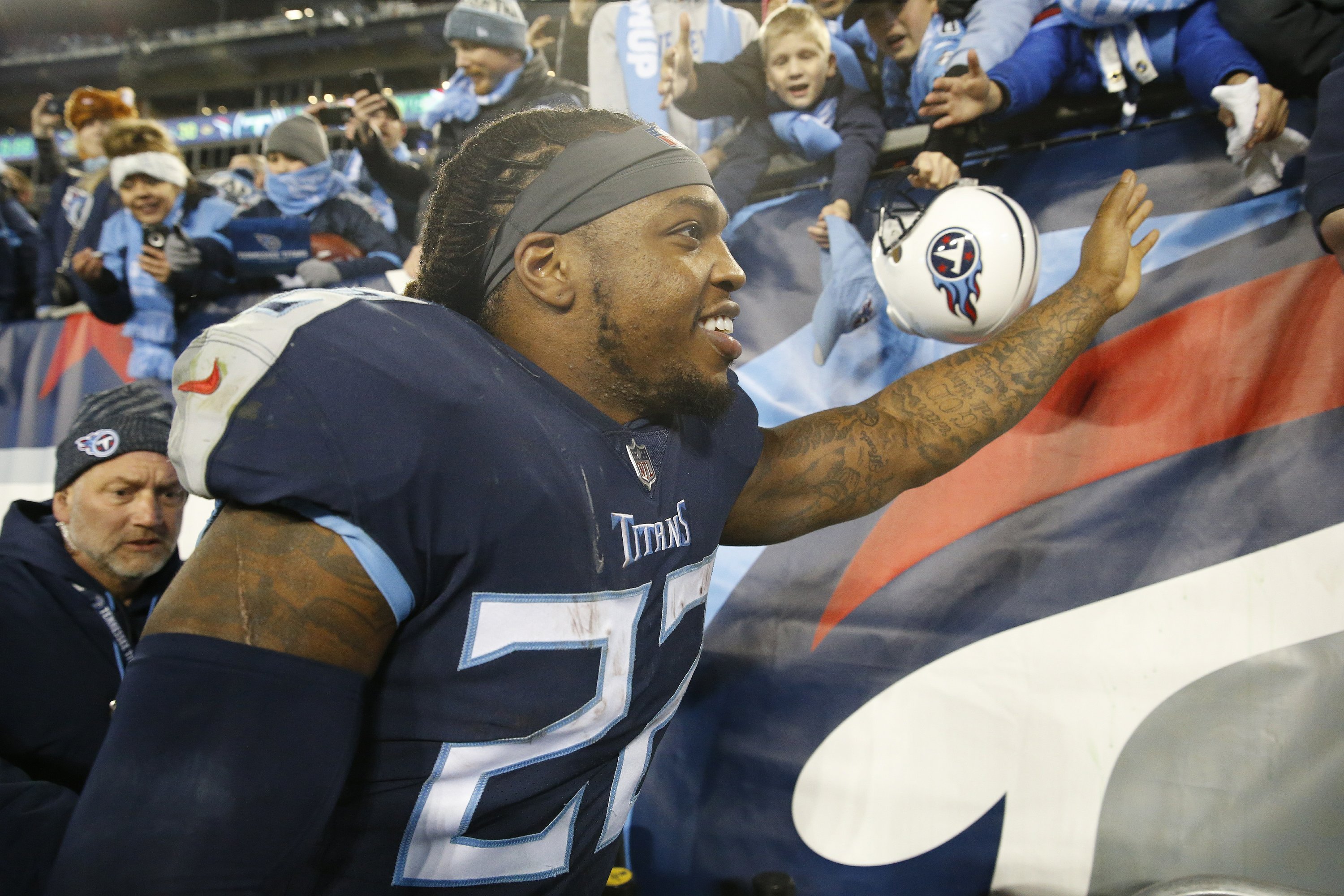 NASHVILLE, Tenn. — Derrick Henry sped and stiff-armed his way to a record-tying 99-yard touchdown run and the Tennessee Titans routed the Jacksonville Jaguars 30-9 on Thursday night to stay in the playoff chase.

And that was just part of an amazing night for Henry.

Henry matched Tony Dorsett’s 99-yarder on Jan. 3, 1983, for Dallas against Minnesota for the longest TD run in NFL history. Henry ran to his left and went up the sideline, stiff-arming cornerback A.J. Bouye, then rookie linebacker Leon Jacobs twice and finally shoving linebacker Myles Jack to finish off the TD.

The 2015 Heisman Trophy winner, celebrated by striking the Heisman pose not once, but twice. Dorsett didn’t keep the ball from his run, and Henry said he’d definitely keep his.

“He’s a legend,” Henry said of a fellow Heisman winner. “It’s cool to be in that company with Tony Dorsett.”

Henry set a franchise record with 238 yards on just 16 carries, topping the previous mark of 228 yards set by Chris Johnson in 2009 against yes, the Jaguars.

Henry finished with a career-high four TDs, tying Lorenzo White and Hall of Fame running back Earl Campbell for most rushing TDs in a single game in franchise history. Henry also became the first player in the NFL with four rushing TDs in a game since Jonas Gray of the Patriots in Week 11 in 2014.

Titans coach Mike Vrabel called Henry’s night “very impressive.” Vrabel noted not every defender can be blocked on every play, leaving the running back to do something.

“He just ran out of guys to stiff-arm,” Vrabel said.

With the rout and second win in a row, the Titans (7-6) stayed in AFC playoff contention with their fourth straight victory over their oldest division rival. They’ve won six of their last seven against Jacksonville.

The Jaguars (4-9) have lost eight of their last nine.

Johnson called Henry’s 99-yarder “amazing” and congratulated Henry after passing him for the team record.

Marcus Mariota, wearing black tape on the back of his right hand, threw for 162 yards. The Titans outgained the Jaguars 426-255, and they also had four sacks.

Jacksonville came in with the league’s fifth-best scoring defense after shutting out Andrew Luck for the first time in the NFL. But Jacksonville has been susceptible against the run, ranked 16th giving up 108.4 yards. Henry nearly matched that on his record-tying run.

“For the rest of his life, I’ll be on his highlights,” Jaguars defensive end Calais Campbell said about Henry.

The record-tying TD capped a huge swing over two plays.

Titans rookie Cameron Batson muffed the punt at the Titans 7 before recovering at the 1 and being tackled in the end zone for a safety. The Jaguars took the ensuing free kick and drove downfield where they picked up a fourth-and-1 at the Titans 5. Then the Titans stopped the Jaguars on the next four plays, the last with rookie linebacker Rashaan Evans tripping up Leonard Fournette.

On the very next play, Henry started toward the middle before turning left for a TD run where he simply couldn’t be stopped. Henry had 129 yards on six carries with two TDs all by halftime to become the Titans’ first 100-yard rusher this season. Before his night ended, he added TD runs of 16 and 54 yards .

“Obviously, we had a difficult time on first, second and third (downs) and sometimes in the fourth tackling (Henry),” Jaguars coach Doug Marrone said. “He had, obviously, a career night.”

The Titans running back has three TDs of 70 yards or more rushing since 2017, the most in the NFL. Fournette, who has two such TDs, is the only other player with more than one in that span. According to the NFL, no player in the Super Bowl era had rushed for 200 or more yards and four or more TDs on 20 or fewer carries. Henry did both on 13 carries.

Titans left tackle Taylor Lewan hurt his left arm or shoulder midway through the third quarter. When he got up, he yelled at the Jaguars’ sideline before going to the medical tent. But he returned. Titans tight end Jonnu Smith hurt a knee on Henry’s 99-yard TD run. He was down on the field for a few minutes before being helped off the field and straight to the locker room. He did not return. Receiver Tajae Sharpe hurt an ankle, and right tackle Jack Conklin hurt a knee did not return.

Jacobs hurt a quadriceps muscle and did not return. Jaguars defensive tackle Marcell Dareus left with an illness.