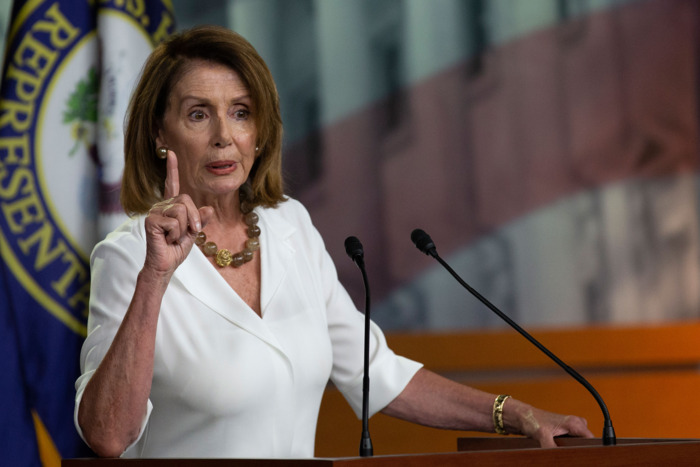 Democratic leader Nancy Pelosi pledged Thursday that when Democrats retain control of the House in January, they will look to pass bipartisan gun control “soon.”

“We will pass common sense gun violence prevention legislation soon, and… it will be bipartisan,” Pelosi said at her weekly press conference.

Pelosi has not provided any specifics. However, California Rep. Mike Thompson, who leads a gun control task force for the Democrats, provided some of his visions for a new bill. He said he intends for a new bill to tighten background checks on potential gun owners, the Washington Times reports.

Democrats certainly have the momentum in the gun control debate. With the media on their side and several substantial shootings in the minds of Americans, a bill will almost certainly pass in the House once Democrats hold a majority. Many Republicans may indeed come on board as well, making the bill partisan as Pelosi promised.

The real question is whether this will be the only gun control legislation Democrats will attempt to pass. Most polls show overwhelming support among Americans for increased background checks. This is why Republicans are likely to join a bill that expands this area.

While a bill like this is likely to pass in the House, it is an entirely different matter in the Senate, where Republicans have a majority. The Senate is designed not to be as responsive to the people because of senators’ longer terms. And even if Democrats are able to convince the Senate to pass a background check bill, there is no way of knowing whether President Donald Trump will sign it into law.

Pelosi’s promise puts Republicans in a pickle: they can either work to ensure the promise does not come true and potentially turn their back on the will of most Americans, or they can pass a bill contrary to their Party’s platform. Pelosi certainly has put them in an awkward position.