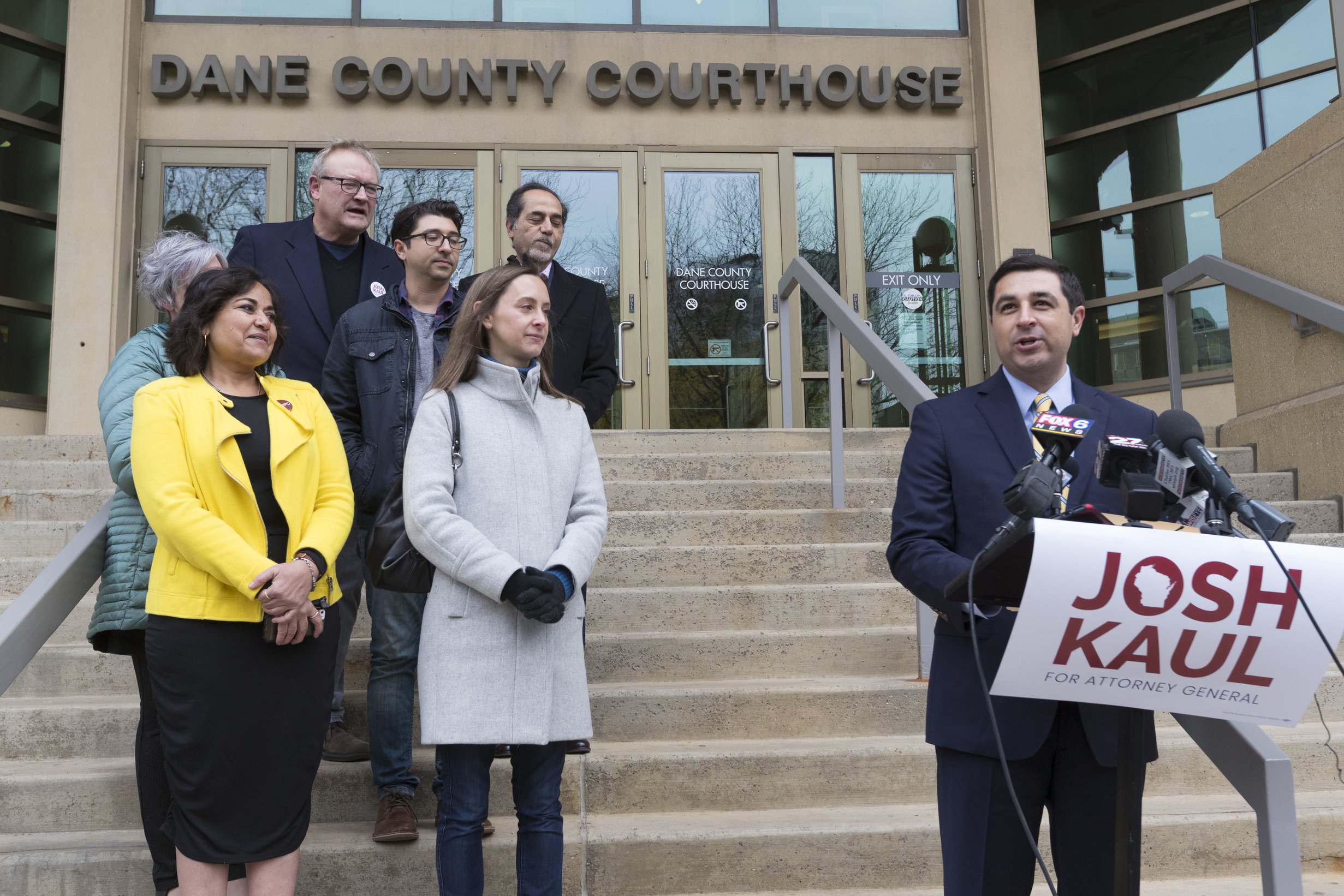 MADISON, Wis. — Republicans pushing to hang on to power in Wisconsin and Michigan aren’t stopping at curbing the authority of incoming Democratic governors. They’re also trying to hamstring Democrats who are about to take over as attorneys general.

The moves underscore how attorneys general have become powerful partisan weapons on both the state and national levels.

Republicans in both states say they need to reduce the powers of their Democratic attorneys general and strengthen their own authority to preserve GOP initiatives such as voter ID and to prevent more litigation challenging President Donald Trump’s policies. Democrats see the effort as a wanton power grab that defies the will of voters who put their candidates in office.

“This clearly is an indication of how polarized politics have become,” University of Wisconsin-Madison political scientist David Canon said. “It’s really not consistent with how we’ve had transfers of power in the past. We should be alarmed at this. I hope it’s not the new normal.”

The GOP has controlled the legislatures and the governor’s offices in Wisconsin and Michigan since 2011. The party has used that power to pass conservative policies, including creating voter ID requirements, adopting right-to-work laws and stripping public workers in Wisconsin of nearly all their collective bargaining rights.

But that power structure changed last month, and Democrats rejoiced after their candidates seized the governor and attorney general offices in both states.

Wisconsin’s attorney general-elect, Josh Kaul, campaigned on promises to pull the state out of a lawsuit challenging the Affordable Care Act and to get tougher on polluters. His counterpart in Michigan, Dana Nessel, vowed not to defend state laws she considers unconstitutional and pledged to sue the Trump administration “all day, every day.”

The midterm election results put the GOP on the defensive. Within weeks, anxious Republican lawmakers started meeting to seek ways to weaken all four offices in lame-duck legislative sessions.

Lawmakers could intervene in any lawsuit, setting themselves up to defend their policies if Kaul does not. Kaul also would need legislative approval before settling cases. The bills await outgoing Republican Gov. Scott Walker’s signature.

Kaul said this week that he would defend any state law that’s constitutional regardless of his personal beliefs, “but the Legislature has just ignored all that.”

Lawmakers are trying to put their “judgment in place of the judgment of the voters of Wisconsin,” he said. “And this is fundamentally not how the process should be working in any functional democracy.”

He predicted the Wisconsin legislation would spark lawsuits across multiple jurisdictions.

Wisconsin Republicans have not offered any defense of the attorney general provisions, except to say they need to curtail Evers’ power to eliminate GOP laws.

In Michigan, Republicans are advancing their own measure that would also allow GOP lawmakers to intervene in lawsuits, ensuring they could step in if Nessel will not defend laws. The bill could win Senate approval as early as next week.

The bill “is an attack on the doctrine of separation of powers,” Democratic state Rep. Brian Elder said. “Had last month’s results been different, specifically in this particular race, I am confident that this legislation would not have been introduced.”

Republicans denied that the bill undercuts Nessel or any future attorney general, calling it a response to increasing “legislation through litigation.”