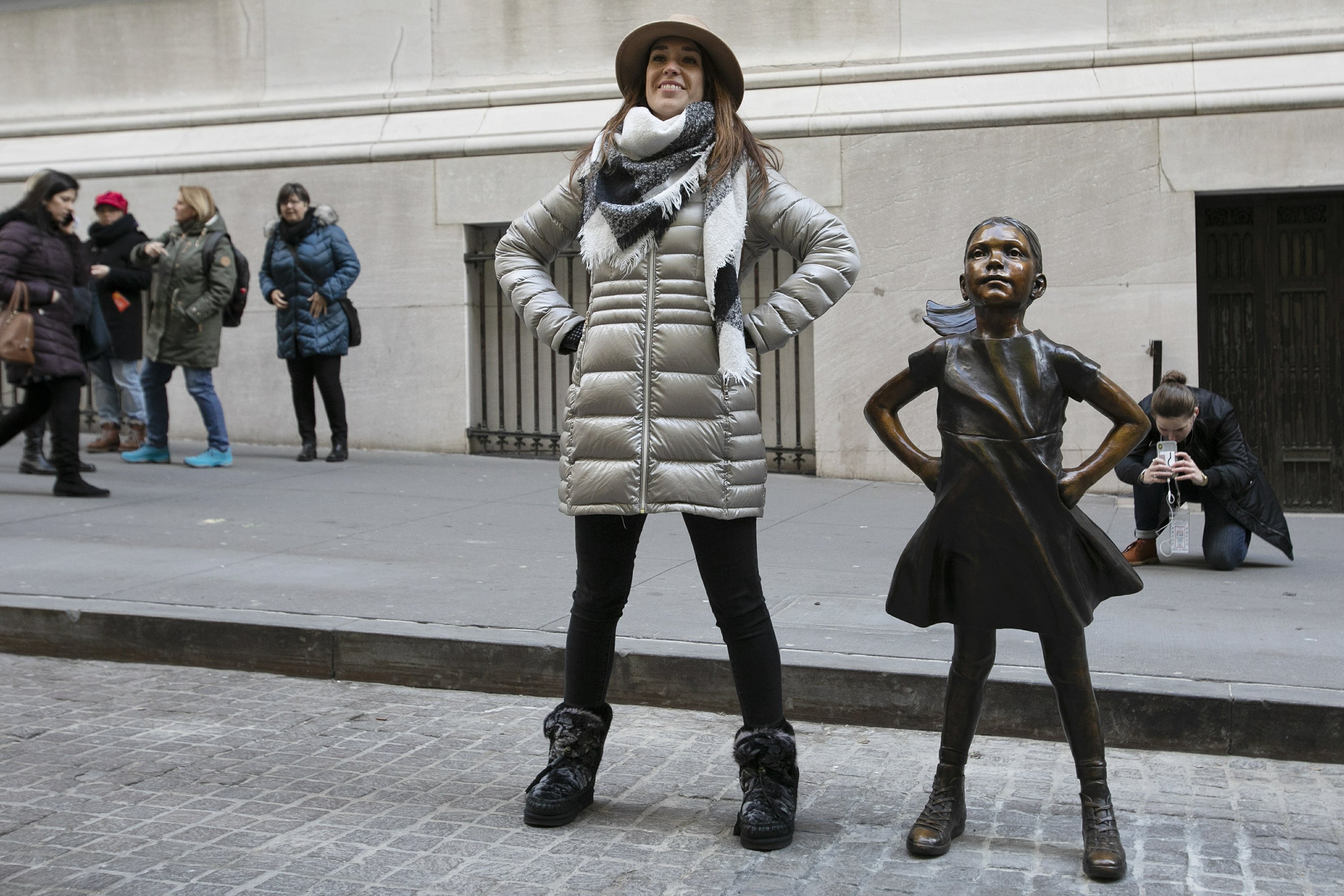 NEW YORK — The “Fearless Girl” statue that inspired millions with a message of female empowerment was installed Monday at her new home in front of the New York Stock Exchange.

The 4-foot (130-centimeter) bronze statue’s unveiling at what officials said would be her permanent location happened nearly two years after Boston-based financial firm State Street Global Advisors first deposited her opposite Wall Street’s “Charging Bull” in what the company said was an effort to spur companies to put more women on their boards.

State Street CEO Cyrus Taraporevala, who rang the stock exchange’s opening bell Monday, said 301 companies that State Street identified as having no women on their boards have added at least one since “Fearless Girl” made her debut in March 2017.

There are currently three women on State Street’s 11-member board, according to its website. The financial firm did not immediately respond to a question about whether they think they need more female leadership on the board.

Taraporevala said the presence of female directors is crucial for companies’ success. “All else being equal, these companies tend to be better managed,” he said. “This is about value, not values.”

The hands-on-hips statue was originally intended as a temporary display but quickly gained a fan base among tourists who lined up to pose for photos with her.

She appeared to be issuing a challenge to “Charging Bull” at her old location on a traffic island near the tip of Manhattan.

The girl was removed from her original spot on Nov. 27, partly because of the traffic hazard caused by the crowds around the two statues. There is still a plaque where she used to be.

City officials have said the bull would rejoin her near the stock exchange, but no date for the move has been given.