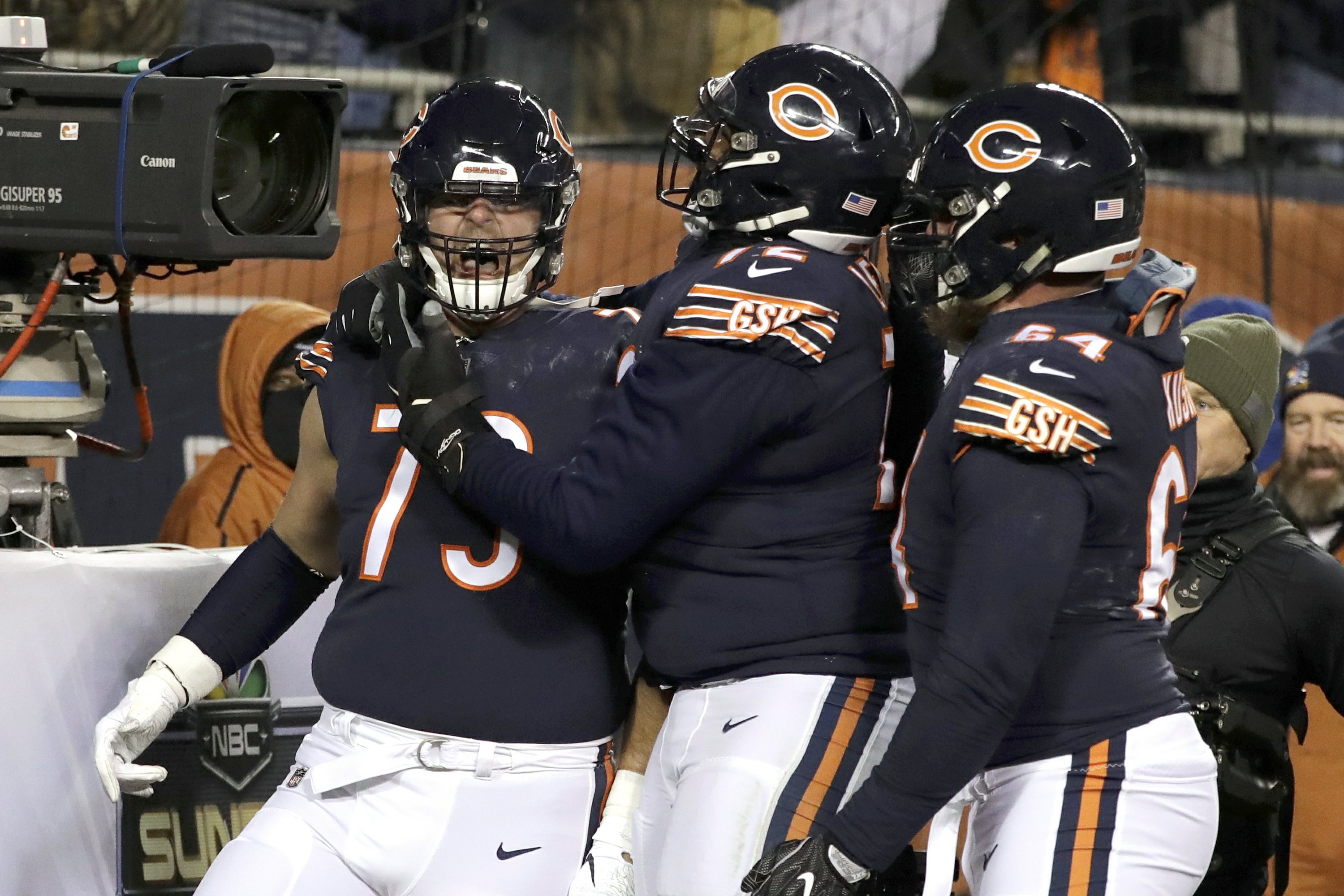 CHICAGO — Eddie Goldman led a dominant effort by the defense, and the Chicago Bears shut down Jared Goff and Los Angeles’ high-powered offense in a 15-6 victory over the NFC West champion Rams on Sunday night.

The Rams (11-2) missed a chance to secure a first-round playoff bye and fell into a tie with New Orleans for home-field advantage throughout the NFC playoffs.

Goff threw a career-high four interceptions and was sacked three times, with Goldman getting to him for a tiebreaking safety early in the third quarter.

Bradley Sowell became the first Bears offensive lineman in 11 years with a touchdown reception when he caught a 2-yarder from Mitchell Trubisky in the third quarter.

Coming off a shaky outing against Detroit, Goff was 20 of 44 for 180 yards with a 19.1 rating. NFL rushing leader Todd Gurley ran for a season-low 28 yards on 11 carries, and the Rams’ three-game win streak came to an end.

Their only other loss was at New Orleans. But against the Monsters of the Midway, they managed just 214 yards.

The Bears (9-4) bounced back from a wild overtime loss at the New York Giants and won for the sixth time in seven games.

Trubisky was about as bad as Goff. After missing the previous two games because of a right shoulder injury, he was 16 of 30 for 110 yards and three interceptions.

But Khalil Mack and Akiem Hicks had sacks. Roquan Smith, Prince Amukamara, Eddie Jackson and Kyle Fuller had interceptions, helping Chicago beat the team that came in with the NFL’s best record.

Goldman broke a 6-6 tie in the opening minute of the third quarter when he sacked Goff for Chicago’s first safety this season.

The Bears then used a trick play to make it 15-6, when Sowell hauled in a 2-yarder from Trubisky on a play-action with defensive end Hicks. That made him the first Bears offensive lineman with a TD reception since John St. Clair against Kansas City on Sept. 16, 2017.

The Rams had a big opportunity late in the third when John Johnson III returned an interception 35 yards to the Chicago 27. But Fuller picked off a wobbly pass from Goff intended for Josh Reynolds on the next play.

Los Angeles’ Greg Zuerlein missed a 40-yard field goal off the right upright in the opening minutes of the fourth after making a 50-yarder earlier in the game.

Rams: CB Dominique Hatfield was taken from the field on a cart with an ankle injury in the third quarter. He was hurt on the kickoff following Sowell’s TD. … C John Sullivan was evaluated for a concussion after being shaken up blocking on a run by Gurley late in the first quarter. But he returned in the second half.

Bears: CB Bryce Callahan left the game with a foot injury late in the first half.