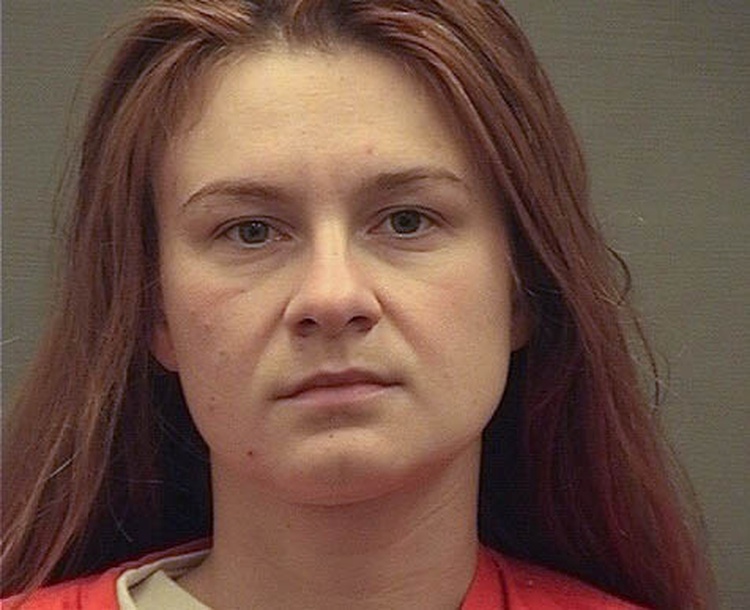 WASHINGTON — A woman accused of being a secret agent for the Russian government has likely taken a plea deal, prosecutors indicated Monday in a court filing that said her case has been “resolved.”

The information was included in a filing in the case against Maria Butina. Her lawyers and federal prosecutors have asked for a hearing as soon as Tuesday morning.

Prosecutors have alleged Butina, 30, gathered intelligence on American officials and political organizations and worked to develop relationships with American politicians through her contacts with the National Rifle Association.

They have charged that her work was directed by a former Russian lawmaker who was sanctioned by the U.S. Treasury Department for his alleged ties to Russian President Vladimir Putin.

Butina, who was arrested in July, was charged with conspiracy and acting as an unregistered foreign agent for Russia. Her lawyer has argued that Butina is a student interested in American politics and better U.S.-Russian relations.

The documents did not provide details about the resolution. However, for several weeks, prosecutors and Butina’s lawyer have indicated in court papers that they were negotiating and may have been nearing a plea deal.

The charges against Butina were brought by federal prosecutors in Washington, D.C., and her case is unrelated to special counsel Robert Mueller’s investigation into Russian interference in the 2016 election.