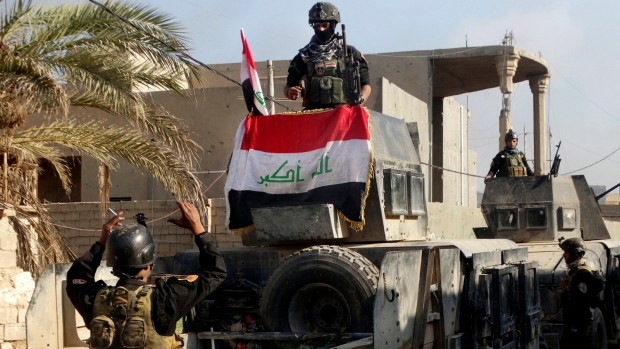 BAGHDAD — Iraq is celebrating the anniversary of its costly victory over the Islamic State group, which has lost virtually all the territory it once held but still carries out sporadic attacks.

The government declared victory last December after a grueling three-year war in which tens of thousands of people were killed and hundreds of thousands displaced. Entire towns and neighborhoods were reduced to rubble.

The government declared Monday a national holiday, and a moment of silence is planned for later in the day. Checkpoints in the capital were decorated with Iraqi flags and balloons, as security forces patrolled the streets playing patriotic music.

As part of the celebrations, authorities plan to reopen parts of Baghdad’s fortified Green Zone — home to key government offices and embassies — to the public.